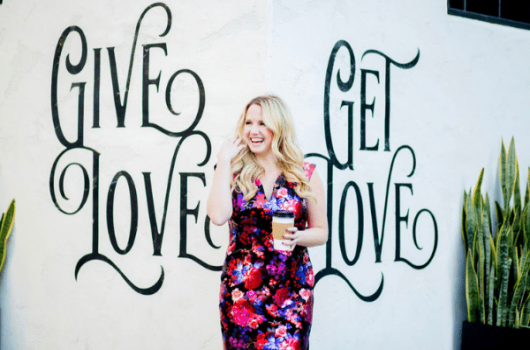 Klyn Elsbury was born with the life-threatening genetic disease, Cystic Fibrosis. Her lungs are prone to infections, because she naturally produces a thick sticky mucous that she can’t cough out. It has destroyed her pancreas, and requires her to take more than 30 pills a day, just to digest food. The stress on her pancreas and years of malnutrition led to a month-long diabetic coma in 2001 and now she manages diabetes with daily insulin. Last year, she spent over 100 days on IV antibiotics accessed through a port that she had surgically implanted into her chest for immediate vein access.

Failing to see the importance of attending Iowa State University (despite having a 4.0 GPA), because she didn’t believe she’d live long enough to pay off her student loan debt, Klyn dropped out of college and headed to Orlando, Florida.

At the age of 22, with only a few hundred dollars to her name, she took on several unfulfilling careers until she found one that capitalized on the essence of who she was; a super-connector.

She took a small job as a recruiter for a staffing firm and was promoted several times until she had a corner office, bought a house, and was solely in charge of all internal recruitment needs for a $26 million dollar company. She was 22 years old.

As hospitalizations increased, work became tough. So tough, she was let go and decided to move to San Diego, California to recruit for a Boston-based biotech and pharmaceutical recruitment company to be close to the very drugs that were being made, hoping to save her own life.

She found hope. Yet in less than a year, she quit because of excessive hospitalizations and faced the reality that was far too common in the Cystic Fibrosis community, exploring life on the lung transplant list.

In 2014, she was confined to a wheelchair with her lung function plummeting below 40%. Subsequently, following another two-week hospital stay (which was one of five that year), Klyn set off on a six-week road trip across the United States to visit friends and family she wasn’t sure she would live to see again.

Despite the realization she may be buried soon, she proved everyone wrong by going to the gym daily and participating in Zumba classes. After one particularly grueling workout, she set a goal of becoming a Zumba Instructor. She had to live. She had to push herself. If she didn’t, she would die before the life-saving drugs she tried to have access to earlier that year, would be available.

And in the middle of all that, she found time to hop online, and meet the love of her life, Jeff Shelton.

When the drugs came on the market, with a price tag of $259,000, she was denied coverage. Using her recruitment background, she cold-called everyone in the industry until eventually, she landed on PBS. This ultimately led to an interview with an Emmy-award winning correspondent of NBC’s Nightly News with Lester Holt.

Once approved, the sky was the limit.

From her hospital bed one dreary day, she decided to interview famous people who overcame incredible odds. This became the model for writing her best-selling book, I AM ____: The Untold Story of Success.

She then combined her love for recruiting and bringing people together, to co-found Landmark Makers. With her tenacious and powerful presence, she shares how she challenges the narrative about her physical limitations to pursue her passions.

In the years that followed, Klyn went on to found MK Foundation, specializing in sales consulting and training for organizations. She became a two-time international bestseller in 2021 with the release of her book, Unstuck Yourself, a motivational sales playbook designed to create top producers in sales organizations in under 30 days.

She reminds us all to live authentically, love deeply, and to recognize adversity as an advantage. After all, “Life isn’t measured by the number of breaths we take, but by the number of moments we create, that take our breath away.” Mastering the Art of Resiliency: Why Bad Things Happen To Good People And How to Turn Adversity into the Advantage. How is it that we have never before had such abundance in the word and yet so often we all feel like we have no hope and that adversity will destroy us?

The client doesn't buy, a health setback occurs, a relationship with a loved one is tense, our business or career is in shambles...

We are mentally programmed to give up or be upset, not necessarily because our lives are so tough but because we haven't learned the strategies and tactics to persevere when the odds are against us.

In this raw, inspiring keynote Klyn explains how growing up within hospital walls due to complications of cystic fibrosis actually was the most advantageous thing to ever happen for it showed her a clear sense of purpose for her life.

These principals, strategies and tactics explained in this incredibly emotional, heart felt presentation is something that can be applicable to anyone fighting to thrive in their business, their career, family, or even their life.

This keynote is highly recommended for those looking to turn extreme adversities to an advantage.

What will your team learn?

​Get ready to approach every hurdle and learn how to use adversity as an advantage and how to turn setbacks into comebacks...after all...it doesn't matter if you're wondering if you can survive the night or the next market crash- there's always a way to turn a trial into a triumph!

The Secrets to a Living A Happier & More Empowered Life. Continual research proves that our life circumstances, genetics, and economic situation effect our sense of well being far less than previously believed. In fact, there are many simple daily practices and key insights that will make our life more enjoyable and fulfilling that go well beyond the “positive thinking” approach.

Klyn Elsbury shares cutting edge research and scientifically proven practices that determine our level of happiness and fulfillment (and how you can apply it to your career or company for immediate results)!

Your Team Will Learn:

Get ready to learn the most effective, proven practices that alter our mental circuitry to create a heightened sense of fulfillment and happiness.  From that state, you can close more deals, build a higher performing team, and tap into an endless stream of energy!

Secrets to Closing the Sale: 7 Steps for Success. All too often as an organization grows, it loses the "secret" that made it grow.  Sales start to decline, employee morale starts to suffer, and executive are left shaking their heads at what to do next and how to get back on track.

That doesn’t need to be the case. This is avoidable and is really due to a lack of a system and process designed to close more deals and strengthening relationships that build referrals.

Klyn Elsbury has been teaching companies how to build a high performing sales team utilizing neurolinguistic programming techniques and simple yet effective SELLING strategies that WORK.

The material is delivered in easily implementable ideas to grow immediately.

What Your Sales Team Will Learn:

Get ready for fast-paced, street-proven strategies that result in a higher closing percentage and the most fun you've ever had SELLING! One company increased closing percentages by 71% after this presentation!

Klyn has worked with thousands of sales people over the past ten years, and here are some of the “best of the best” ideas that are working for others and can soon work for YOU!

Neuroscience is the New Competitive Advantage: How to Leverage Your Mind to Drive Transformation. This presentation is insightful, intellectually inspiring, and over the top powerful. If your team is struggling with forward momentum or "is stuck," this talk will shift the perspective of how employees can get unstuck from their own fear, stubbornness, or expertise and maximize productivity and purpose.

This program is perfect for:

The audience will leave with:

Klyn delivers profound, brutally honest, actionable content, with high energy and a sense of humor guaranteed to inspire, educate, and transform an organization from inside the minds of those who work there.

Klyn, your message to our Dimension Development team really hit home. We are building a culture around genuine care for each other. You were right on target!

Klyn's story and message were clear and extremely impactful. I was moved by her authenticity, passion, and overall zeal for life. I came away from her talk with a deeper appreciation for my life, my family and the everyday opportunity to be better and present in the moment. I would highly recommend Klyn to supercharge an audience and put things in perspective quickly.

I just watched your entire speech and I really can't express in words how incredibly moving it was. You are a phenomenal speaker and I am really proud to have met you.

You touched a lot of people and the conversations throughout the room were very vulnerable and powerful, thanks to you. At the steering committee afterwards the conversation continued and the consensus was, you knocked it out of the park!! 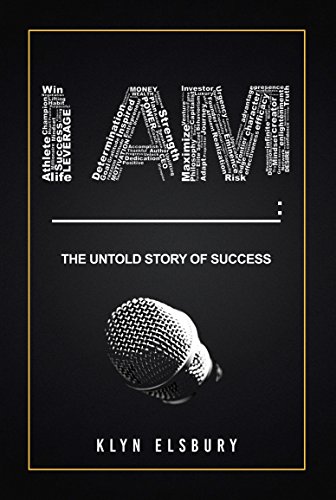