Kristin Beck is a retired United States Navy SEAL, who served for more than 20 years in the Special Operations Forces, as well as a civil rights advocate. Over the course of 13 deployments and seven combat deployments, she conducted special operations with small UAVs, HUMINT, and Direct Action missions. Her final tours were with the counter-terrorism Naval Special Warfare Development Group (DEVGRU or “SEAL Team Six”) to head the Special Reconnaissance units and various Task Forces as a HUMINT source handler and technical operations director. For her service, she has been awarded more than 50 ribbons and medals including: the Bronze Star with valor, the Purple Heart, and the Meritorious Service Medal. She is exclusively represented by Leading Authorities speakers bureau.

In 2009, Beck was requested by name to be the Advisor to SOCOM’s Science Director, Mr. William Shepherd (SEAL/Astronaut). She became an integral part of SOF technology and advancements while serving in this capacity. She has prepared and briefed position papers on SOF- unique technology for State Department and White House approvals. As a result of these outstanding achievements, Kristin Beck received the coveted NDIA 2010 Special Operations Award.

Now a civil rights activist, she gives speeches and lectures at various events around the country. Beck was a key voice in the Congressional Bill to end discrimination toward the LGBT community. She continues her “new mission” fighting for equality for all Americans and a documentary story of her life, Lady Valor: The Kristin Beck Story, aired on CNN in 2014.

Today, Beck is known as “Lady Valor” and offers services in consulting, full spectrum law enforcement training, motivational and informational speeches, innovation collaborations, art and other original works such as books, comic books, screenplays, painting/pottery/abstract multimedia pieces. She is the founder and president of the Mindful Valor Foundation, an organization seeking alternative methods and technology to help those experiencing symptoms of trauma to live a full and prosperous life. Beck is also the national advocacy officer for the Military Order of the Purple Heart, dedicated to serving veterans, addressing their needs, and advocating on their behalf.

In February 2015, Beck registered as a candidate in the 2016 US Congressional race. She is a Democrat and ran against Steny Hoyer, who has been an incumbent in that office since 1981. 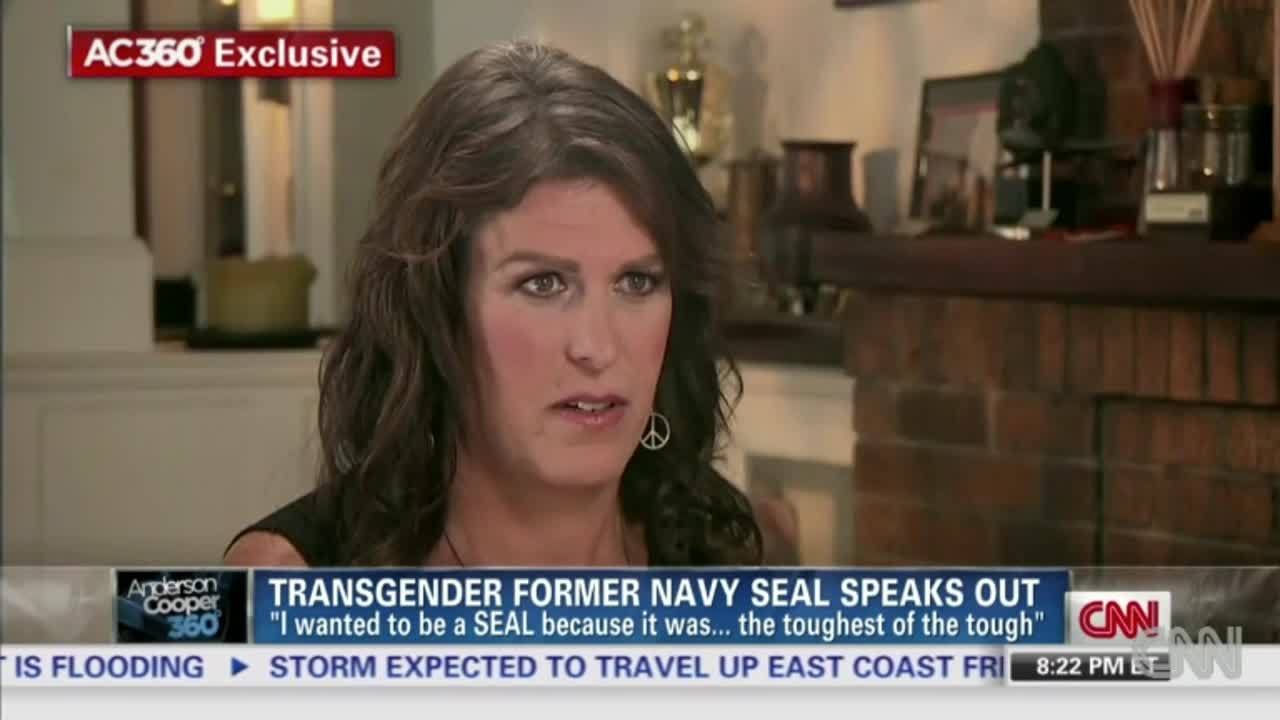 Kristin Beck: Lessons From My Journey

Kristin Beck: Lessons From My Journey

Kristin Beck: Lessons From My Life. For decades, Kristin Beck hid her true self from her brothers in arms, family, and friends. Now, as the nation’s first openly transgender Navy SEAL, Kristin reflects on her years of honorable service and her many accolades, as well as her life beyond the Navy, including her journey to human rights activist and motivational speaker. Kristin shares the incredible story of her life with audiences across the country, and touches upon themes of courage, leadership, and standing up for what’s right. Kristin explores the links between strong leadership and being an ally to those who are disenfranchised, and how nothing rewarding will ever be handed to you without hard work. Funny and sharp, Beck inspires audiences to find their voices and create better worlds for their selves, their teams, and future generations to come.

The Most Important Label Of All. In a moving and honest presentation that spans her journey from active-duty Navy SEAL warrior to veteran human rights activist, Kristin Beck explains that while we find it easy to label one another, the most important label of all is simply human. Beck encourages audiences, through her own experiences and anecdotes, to find commonalities with one another and celebrate them, rather than focusing on the things that make us different. Beck inspires audiences to “lean out” of their comfort zones and make new connections with people who challenge conventional wisdom and stereotypes. Answering questions like, “What’s the value in a diverse workforce?” and “How can I bridge the gap between people who seem totally dissimilar?”, Beck helps companies work to build a more inclusive and welcoming culture.

Must say Kristin was remarkable, tons of questions for her that we could not get to, but she said she would answer them and send back to us so we are following up with her.  Pretty amazing, her story.  Would recommend her to other groups.

Kristin was awesome!! She has an engaging personality and truly shows her dedication to her message. Her presentation was natural, heartfelt, and funny. She did a great job of finding ways to make her message more relevant to the company by skillfully weaving in parts of our culture. Some of the team had an opportunity to speak with her before and after the presentation, and I will tell you that she earned fans for life!! Great presentation, wonderful personality, and an awesome person! We will probably be looking to bring her back in person at some point!

The session was incredible. We have received so much positive feedback from everyone, and I personally was touched by Kristin’s humanity and positivity.

On behalf of BAE Systems, I wanted to send a heartfelt thanks to all of you and to Kristin for her engagement with us yesterday! Wow…what a powerful story. I laughed, I cried and I thought a lot more about the world around me and how I treat others...all marks of an incredible talk. I know I am not the only one who feels that way; I have heard such positive and glowing feedback from those who were able to attend. It was a packed virtual house with about 200 attendees on the line. I simply can’t thank Kristin or the three of you enough for helping to make this event a reality for our organization. She exemplified our ERG pillars of courage, storytelling and strategic mindset (and I loved that she shouted them out in her talk!) I’ve only been at BAE Systems for four years, but events like this continue to up the ante on the brave and impactful spaces that our ERGs help to create. Thank you all for making it possible.

We have never had a speaker captivate the audience the way that Kristin did several weeks ago. As one attendee told me, ‘Even with more than 1,000 people in the room, I could hear a pin drop.’ In my 12 years of producing this event, I have never heard the room so quiet and attentive.