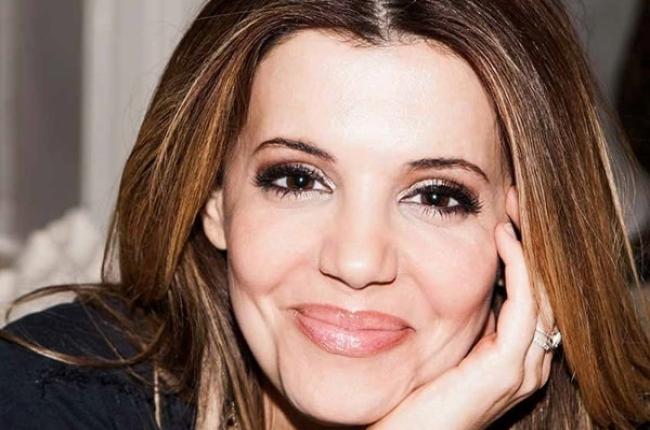 One of the most recognisable and well-respected psychologists working in the UK today, Dr Linda Papadopoulos has built an outstanding reputation in both academia and broadcasting. A hugely successful psychologist, author, keynote speaker, columnist, host and broadcaster, Dr Linda’s analysis on current affairs, trends and human behaviour is highly sought after and syndicated around the world.

A Chartered Counselling and Health Psychologist and an Associate Fellow of the British Psychological Society, she has worked in various treatment settings both privately, with her own practice and publicly in the NHS.  In her 20 years as a Chartered Psychologist, she has gained extensive experience in the counselling of individuals, couples and families and has established and headed successful post-graduate and doctoral programmes in psychology.

Her work has informed government policy, most notably heading up a highly acclaimed independent review for the Home Office on the effects of sexualisation on young people, presenting the research at the European Parliament. She is frequently invited to sit on medical advisory boards and her prolific research into body image and Psychodermatology has informed clinical guidelines on the treatment of dermatological conditions and in particular, acne.

Her recent work on the impact of social media on mental and cognitive health has received widespread recognition and she has sat on a number of advisory boards for corporations including Google. She is currently an ambassador for Internet Matters, a not for profit organization advising parents on how to help children navigate the online world.

With an array of credits in broadcast, radio and print media, Dr Linda has fronted shows for channels and networks including the Discovery Channel, National Geographic and TLC, as well as presenting features for ITV’s This Morning and Good Morning Britain, BBC’s The One Show, and C5’s The Wright Stuff, and is a regular commentator on Sky News. She has also presented programmes and provided commentary for numerous American and international television and radio networks including CNN, CBS, CNBC, BBC International, VH1 and MTV to name but a few. True Crime series Inside the Mind of a Serial Killer featuring Dr Linda, offers insight on the psyche of some of the world’s most notorious serial killers, and is available on Netflix. She has also fronted the US series Autopsy: The Final Hours which is set to broadcast in the UK later this year and has recently finished filming Breaking the Band which will air in the US and worldwide on Netflix in early 2019.

As well as a successful career on screen, Dr Linda recently launched her own podcast series The Psychology Behind. The podcast addresses the issues and challenges society faces, offering topical discussion and evidence-based advice with weekly guests and contributors. Dr Linda was also the contributing editor and resident psychologist at Cosmopolitan magazine for over 15 years and also writes psychology and lifestyle features for various national newspapers and magazines.

Dr Linda is widely published in academic journals and has written several academic and self-help books. Her edited text on Psychodermatology, published by Cambridge University Press, is considered seminal in the field. Her publications include Unfollow, Whose Life is it Anyway?, The Man Manual, Mirror Mirror: Dr. Linda’s Body Image Revolution and What Men Say, What Women Hear. Dr Linda is also co-author of academic books and texts Psychodermatology: The Psychological Impact of Skin Disorders, Reporting in Counselling and Psychotherapy, Understanding Skin Problems, Becoming a Therapist: A Manual for Personal and Professional Development of Counsellors and Psychological Approaches in Dermatology.

Dr Linda has worked with a wide array of brands, corporate and private clients, from pharmaceutical giants to Women’s Empowerment Forums. Regularly invited to share insight, she has presented at events including the prestigious World Congress of Dermatology, the European Academy of Dermatology and Venerology Symposium, the Merz Aesthetic Expert Summit and the ‘Act of Red’ Global Launch for Galderma SA.

Dr Linda has been invited to speak at several TEDx talks, has contributed to panel discussions and delivered keynotes for a range of national and international bodies including Mumsnet, Women in Business, Save the Children, K2 Corporate Mobility, Bloomberg, WOW Festival, schools and universities, as well as addressing the annual meeting of the Canada UK Chamber.

A trusted voice, with a distinguished career both on and off screen, Dr Linda promotes a philosophy, underpinned by a wealth of experience and dedicated research, that promotes and encourages people to develop a healthy self-esteem and body image. She was recently awarded the prestigious EVCOM Fellowship Award in recognition of her outstanding and prolific academic publication record and for being an exceptional communicator, both as an author and broadcaster.