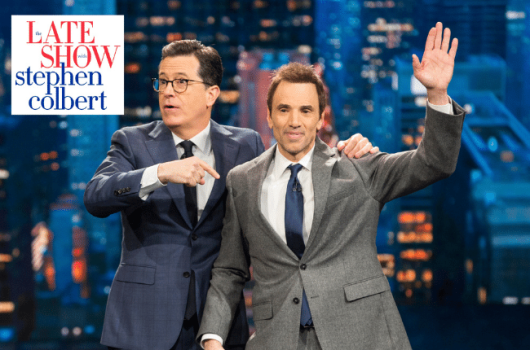 Paul is an Emmy & Peabody Award winner for "The Daily Show w/Jon Stewart," “The Late Show w/Stephen Colbert,” making recurring appearances on “The Late Show” and on cable and sports news outlets.

Paul can currently be seen opposite Golden Globe Winner, Liev Schreiber in the film, “Chuck,” the story about journeyman boxer, Chuck Wepner, the real-life Rocky Balboa.

Paul can be seen in the upcoming crime drama film “Johnny and Clyde,” starring Megan Fox.

Paul also created and starred in his hit, unique one-man Broadway show, “Paul Mecurio’s Permission to Speak” which was met with rave reviews and been nominated for the prestigious “Best One-Man Show” Broadway Alliance Award. After the Covid variant shutdown the show will be resumed.

Paul has hosted his own shows for Comedy Central, HBO and CBS as well as his own talk show. He has appeared in his own Comedy Central and Showtime Specials, made several appearances on “The Late Show w/Stephen Colbert,” “The Daily Show,” "The CBS Late, Late Show," HBO, “The Tonight Show,“ “Conan,” ESPN, and Showtime.

While on Wall Street Paul was hired by Jay Leno to write jokes for “The Tonight Show." After living a secret double life as a Wall Street lawyer/banker by day and comedian by night, Paul left Wall Street to go into entertainment full time ... if he hadn’t he would have had a nervous breakdown trying to keep the two worlds separate.

Paul was featured on “The Daily Show” as a correspondent and in “The Daily Show” segment, “Second Opinion,” in which Paul skewered the medical profession playing an HMO representative with a less than sympathetic mindset.

He has hosted several shows and pilots for Comedy Central, CBS, HBO and VH-1.

Paul’s interviewing skills are unparalleled as one can hear on his hit, critically-acclaimed podcast, "The Paul Mecurio Show” on iTunes, Spotify and Audioboom. He has wide-ranging interests and his guests reflect that. His A-list guestsat the pinnacle of the worlds of entertainment, pop culture, music, politics, science, sports and more, include …

Paul has also made appearances in the prestigious New York Comedy Festival, The Montreal "Just for Laughs" Festival and the Glasgow/Edinburgh Comedy Festival. 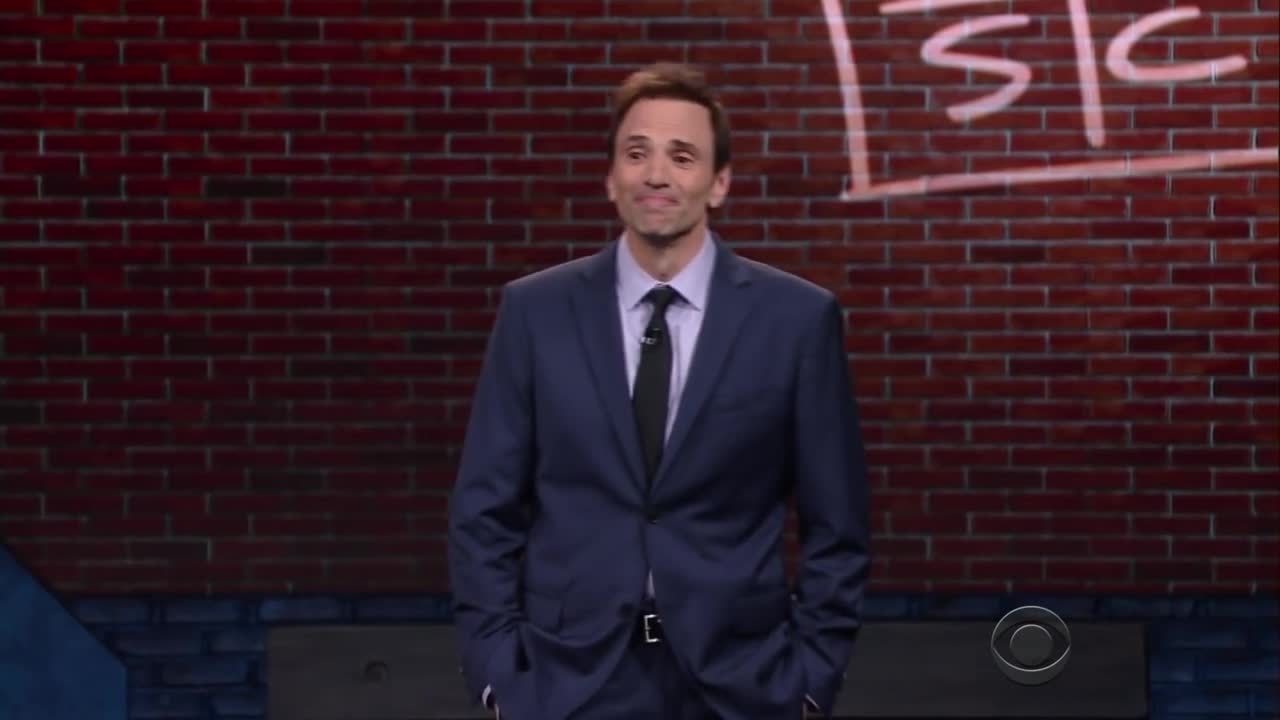 Motivational Speaker: Wall Street to Show Biz – A Crossroad – Doubts, Fears, Reinvention, Pursuing One’s Dream and Finding Happiness. Paul’s life-story of Wall Street lawyer and investment banker turned entertainer is an amazing tale, warts and all, of major accomplishments, fears, doubts, passion, inspiration, and triumph. This story can be presented in seminars, live performances, as part of corporate retreats, etc. with multiple important themes that truly resonate with many people in the corporate world and will serve them well in their careers and personal lives.

Paul’s story is one of pursuing your dreams and the commitment and focus that takes. It is also about reinvention, confusion as to where one is in one’s life, doubts, fears, feeling lost and more. When Paul talks about this publicly there are many, many people who find themselves in a similar dilemma. Namely, they are at an unexpected crossroads in their careers and/or personal lives, asking themselves, “Am I on the right career path?” “Is this the right relationship to be in?” “Am I living my dream?” “How do I reinvent myself? If I only had some guidance or an inspirational story that could guide me.” Paul’s journey is JUST that kind of story. Entertaining, funny, moving, informational, and inspirational for people who feel the need to make a major change in their life.

Stand-Up Performances. Paul offers clients corporate-appropriate stand-up shows that are quite unique because of the way Paul prepares for his shows. Paul takes the time to meet with the client ahead of time to understand the client’s goal of that event. Paul does extensive due diligence with the client to learn everything he can about the client’s industry and client’s personnel, and offers a unique service where he will customize his show (the material in his act) to the client and the client’s industry. This has made for very successful and well-received shows Paul has done in the past as audience members are very entertained and very much appreciate that a show has been customized to them and what they do.

He is a master at engaging the audience off-the-cuff in a fun, corporate-appropriate way to personalize the show. He’s able to incorporate members of the client’s into the show in a way that celebrates their team members and shines a well-deserved positive light on them.

Hosting. Paul is quite adept at hosting client events, including awards shows, seminars, Q&A sessions, live auctions, and more. Paul does extensive due diligence and preparation with the client before the event. Using his unique, intelligent brand of humor, quick wit, and easy, likeable way with people, Paul is the consummate host and an expert at facilitating a fun an engaging show.

Custom Videos for Corporate Events. Since many live corporate events may also be virtual now, Paul can make videos either serious or comedic that can be rolled in over the course of a virtual annual meeting, seminars, weekend retreats, etc. Mecurio works closely with clients to customize the videos to their businesses, industry, needs, and content requirements. Paul can produce videos for LIVE events as well – they don't need to be just tied to virtual events.