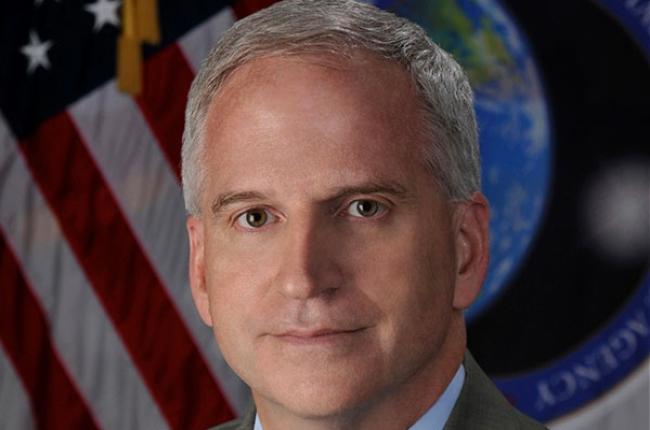 Robert Cardillo is the sixth Director of the National Geospatial-Intelligence Agency (NGA). Mr. Cardillo leads and directs NGA under the authorities of the Secretary of Defense and Director of National Intelligence. He became NGA’s director on Oct. 3, 2014.

Before he moved to DIA, Mr. Cardillo led Analysis and Production as well as Source Operations and Management at NGA from 2002 to 2006. Mr. Cardillo’s leadership assignments at NGA also included Congressional Affairs, Public Affairs, and Corporate Relations.

Mr. Cardillo resides in Northern Virginia with his wife. They have three children and five grandchildren.

Working for the President. Robert Cardillo spent four years in the West Wing and the Oval Office providing direct intelligence support to President Obama, Vice President Biden and their national security team.  Robert’s responsibilities included managing, editing and delivering the President’s Daily Brief (PDB).  Under Robert’s leadership, more than 1,400 PDBs were drafted and he delivered more than 325 Oval Office briefings.  He will share his experiences – good and bad – in keeping the world’s most powerful person informed.

Looking at Issues like Terrorism, Cyber Security, the Middle East, Iran, or China. Robert Cardillo takes a deep dive into select national security issues chosen by his audience. Getting into the nitty gritty details, he offers audiences a White House-caliber briefing on the issues they care about most. With vast expertise and stories based on his 35-year career in the US Intelligence Community, he looks at topics like terrorism, cyber security, the Middle East, Syria, Iran, and China. This presentation can be tailored to address almost any issue of interest. With a genuine enthusiasm and passion for solving our nation’s hardest geopolitical challenges, Robert advised four presidents and now takes the time to explain these issues robustly to audiences.

US Intelligence at Risk. The intelligence community has never been more important to national security than it is today. It is simply not possible for the president and his national security team to understand the world and make the decisions necessary to protect the country without first-rate intelligence. However, the need for this intelligence also raises understandable concerns about privacy and civil liberties right here in the United States and its impact on U.S. businesses selling their products and services overseas. And, given the state of cyber insecurity, this critical enterprise is under attack – seeing is no longer believing – or historic frame of reference is shaken.  Robert will provide solutions for the way ahead to enable better shared awareness and thoughtful decision making.

Leadership and the Secrets of Success. During his 35-year career in the US Intelligence Community, Robert Cardillo was known for his vision and re-imagination of the intelligence profession.  As the Director of the National Geospatial-Intelligence Agency (NGA), Robert led a world-wide enterprise (18 time zones), equivalent in complexity to a top Fortune 500 firm, inspired peak performance, and mentored most of the NGA’s current senior leadership team. In this presentation, Robert shares insights about effective leadership in large organizations, weaving nail-biting stories from his career into the discussion. Having worked from the bottom of the Intelligence Community to the top, he also delivers his core principles to live and work by, offering insights about climbing the corporate ladder, cutting through bureaucracy, creating alliances and creating a meaningful and rewarding career.

Public Service: Why It’s Attractive and Meaningful. Robert Cardillo spent his entire career in the US Intelligence Community, devoting his life to service above self. In this presentation, he shares powerful and emotionally moving stories from his career and from his interactions with the country’s and the world’s top leaders.  He looks at why public service is meaningful and how to encourage more people to spend time in the public sector.