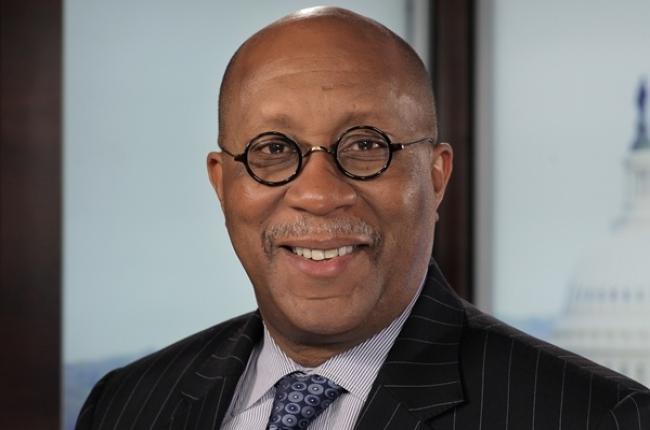 Ambassador Ron Kirk is the former United States trade representative (USTR), the former mayor of Dallas, and the first African-American to fill those roles. Dubbing his city the “Capital City of NAFTA,” he understands the political and economic demands of running the fourth largest metropolitan area in the country. As mayor, he served two terms from 1995–2002 and was among a group of political leaders who called for permanently normalizing trade relations with China. With nearly 20 influential years in politics and as a respected member of President Obama’s Cabinet, he was the principal advisor, negotiator, and spokesperson on trade issues and an important member of the economics team. He is now frequently sought-after for his expertise on politics and trade and can be seen nationwide on top-tier media outlets.

A political insider with a reputation of being a coalition builder, Kirk is boisterous and entertaining as he analyzes the current political environment and offers insights into how to get past the Washington gridlock and improve our economic future. With a unique vantage point from his time in both national and local politics, he tells hilarious stories and offers audiences a unique perspective on the top political issues of the day, including revealing his thoughts on upcoming elections and the direction he would like to see for the country. Exclusively represented by Leading Authorities speakers bureau, Kirk addresses politics, trade, jobs, and the economy.

USTR. Kirk served as USTR from 2009–2013, and with 95% of consumers living outside of the U.S., he played an essential role in the country’s economic recovery. He led negotiations to complete trade deals with South Korea, Colombia, and Panama and was on the frontlines of enforcing trade rules with China. President Obama stated, “From bringing home new trade agreements…and negotiating to open up new markets for American businesses, to cracking down on unfair trade practices around the world, he has been a tremendous advocate for the American worker.”

In 2010, he scored an important victory, as South Korea and the U.S. completed a free-trade agreement that eliminated most tariff exports and solidified one of America’s most important alliances. Kirk also garnered bilateral free trade agreements with Colombia and Panama, worked to persuade China to do more to crack down on intellectual property rights violations, and advanced the ambitious regional Trans-Pacific Partnership talks, a U.S.-led free trade pact with 10 countries in the Asia-Pacific region. Before leaving the White House, Kirk worked on the Transatlantic Trade and Investment Partnership, an agreement between the United States and the 27-nation European Union that would cover half the world’s economic output. He believes that trade, particularly with the EU, is essential to the recovery of the U.S. economy.

Trailblazer. With a law degree from the University of Texas, Kirk went to work for Senator Lloyd Bentsen and later was named the secretary of state of Texas by former Governor Ann Richards. He held that position until he was elected as the mayor of Dallas, the first African-American to hold that position.  He was also Texas’ first black nominee for Senate in 2002. Kirk was named one of “The 50 Most Influential Minority Lawyers in America” by The National Law Journal in 2008 and one of the nation’s top government relations lawyers by Best Lawyers in America. He is a recipient of the University of Texas Distinguished Alumni Award, the Woodrow Wilson Center’s Outstanding Public Service Award, the Young Texas Exes Award, and the Austin College Distinguished Alumni Award. Ambassador Kirk also received an honorary doctor of humane letters degree from Austin College and the Mickey Leland Leadership Award from Texas Southern University. Ambassador Kirk was born and raised in Austin, Texas, where he received his B.A. degree in political science and sociology from Austin College in Sherman, Texas. He received his law degree from the University of Texas School of Law in 1979. Ambassador Kirk is admitted to practice law in Texas and the District of Columbia. 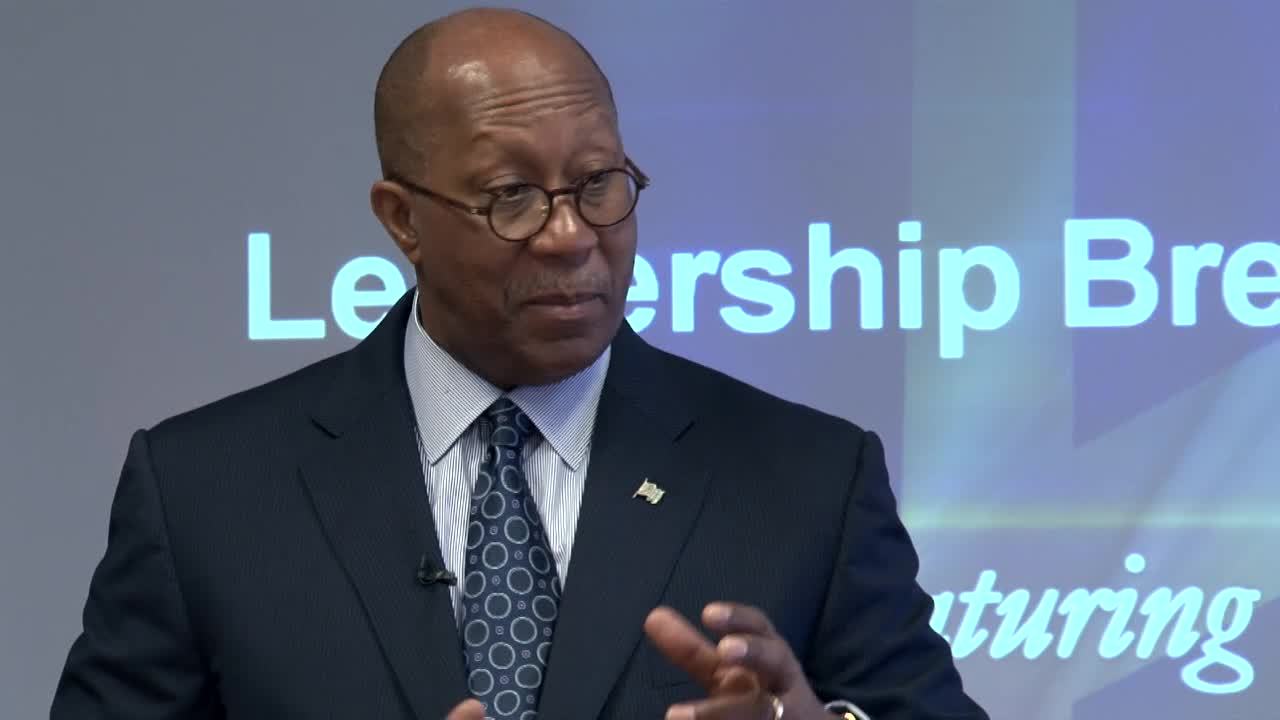 An Insider’s View Of Politics. Ron Kirk is boisterous and entertaining as he analyzes the current political environment and the “facts on the ground.” An insider with a reputation of being a coalition builder, he offers insights into how to get past the Washington gridlock and improve our economic future. With a unique vantage point from his nearly 20 years in national and local politics, he tells hilarious stories and offers audiences a unique perspective on the top political issues of the day, including revealing his thoughts on upcoming elections and the direction he would like to see for the country.

Diversity, Inclusion, and Race Relations in America. The first African American mayor of Dallas, former U.S. Ambassador, and respected member of President Obama’s Cabinet, Ambassador Kirk frankly discusses race relations in the United States and the systemic problems that have allowed an overwhelming number of minorities to be left out of the economic system. In this passionate and eye-opening conversation, he candidly shares his personal experience and unique vantage point as not only a Black man in America, but also a former politician and policymaker and current corporate director, to discuss some of the most important issues facing the nation today, and offer ideas on how organizations can take action and adapt their hiring, spending, investing, and contracting to respond to these issues, make a difference, and create more opportunity for all.

Political Point/Counterpoint With Governor Haley Barbour. Ambassador Ron Kirk and Governor Haley Barbour join forces to analyze the current political environment. Together they tell hilarious stories and share interesting statistics, analyzing the “facts on the ground” in politics, positing likely election outcomes, and outlining what they each would like to see happen for the country. Fellow southerners with a love of politics and a lot of respect for each other, their larger-than-life personalities meld and clash at just the right moments, as Kirk’s moderate Democrat and Barbour’s Republican balance and push each other toward solving some of the top political issues of the day in an entertaining presentation that is not to be missed.

Trade, Jobs, Competitiveness, & Our Economic Future. With 95% of the world’s consumer’s living outside the US, Ron Kirk believes that trade is the strongest key to unlocking jobs and growth for our economy. In presentations, he ties together some of the most important issues facing the nation—jobs, the economy, global partnerships, workforce development and education, and energy dependence and delivers insights into international changes and competitiveness in the coming decade. Kirk explains to audiences how trade affects the marketplace and the American workforce. He also discusses how we transition from being the world’s biggest consumer to the world’s biggest supplier. Technology and innovation sit at the heart of that shift, and he addresses the role that science, technology, engineering, and math (STEM) education play in relation to employees’ job preparedness. Kirk also discusses how energy independence could allow the US to be choosier about our strategic partners. With vast insight and hilarious anecdotes, Kirk tackles the issue of trade and its related issues puts them into perspective for the business community.

Trade & Doing Business Doing Business In China. Kirk discusses the politics and policies of doing business with China and what the future holds for trade agreements between it and the US. He also addresses how that will impact American business and the American economy, including intellectual property rights issues. He argues that the global markets have two main choices for trading partners—the US and China, and we should be on friendly terms with the nation. He explains the complications in the relationship and takes an honest, hard look at what businesses can expect from doing business in China.