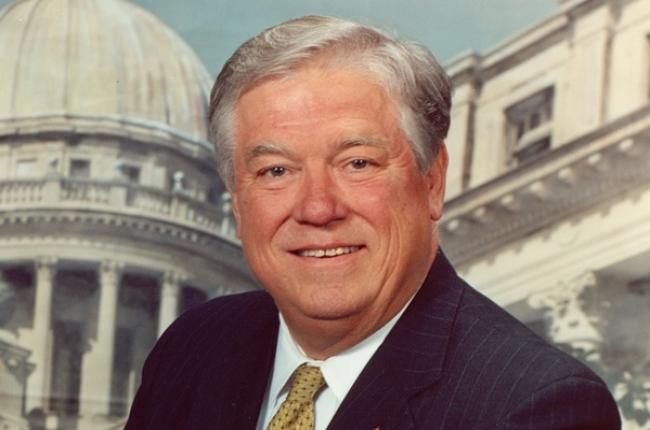 Haley Barbour, the former governor of Mississippi and former chairman of the Republican Governor’s Association, is one of the top political strategists in the country. Barbour put Mississippi on a new path in job creation, education, healthcare, and energy. Exclusively represented by Leading Authorities speakers bureau, Barbour speaks on politics, elections, Republican strategy, the economy, job creation, and leadership.

Previously, Haley Barbour successfully served twice as chairman of the Republican National Committee (RNC). In 1994, under Barbour’s chairmanship, Republicans won the greatest midterm majority sweep of the 20th century, winning GOP control of both houses of Congress for the first time in 40 years. After his stint as head of the RGA, POLITICO called Barbour “the most powerful Republican in politics.” He also returned to Barbour, Griffith, & Rogers (BGR Group), a lobbying group he helped found in 1991.

Leadership In The Storm. Governor Barbour has been praised for his handling of both the Gulf Oil Spill and Hurricane Katrina. He worked tirelessly and innovatively with local, state, and national leadership to tap into many resources of assistance for victims of Hurricane Katrina. He created the Governor’s Commission on Recovery, Rebuilding, and Renewal to develop opportunities for South Mississippi to rebuild bigger and better than ever. Barbour also continued the good management practices and award-winning stewardship of about $24 billion in federal funding received after Katrina for housing, infrastructure, and a wide variety of other recovery work, including more than $5 billion where the state was given unprecedented control. He is also the author of the book, America’s Great Storm: Leading through Hurricane Katrina, which explores leadership during a crisis.

Mississippi’s Chief Executive. Governor Barbour’s first election in 2003 marked the largest voter turnout in Mississippi gubernatorial history, and he was reelected in 2007 with 58.2% of the vote. The Yazoo City, Mississippi, native is only the second governor since Reconstruction to be elected to a second consecutive term as Mississippi’s chief executive. He has focused on civil justice reform, controlling spending, prudent management of the state healthcare program, and new attention on Mississippi as an energy producing state that can help meet America’s energy needs in the future.

In June 2009, Governor Barbour assumed the role of chairman of the Republican Governors Association and served until after the November 2010 elections. During Barbour’s chairmanship, Republicans went from 22 to 29 governors.

Awards & Honors. For his leadership after Katrina, Governor Barbour was awarded the Thomas Jefferson Freedom Award, which is presented to a nationally recognized leader by the bipartisan American Legislative Exchange Council. He was also named Governor of the Year for 2006 by Washington, DC-based Governing magazine; awarded the Gulf Guardian Award by the US Environmental Protection Agency for his work to rebuild and protect sensitive Coast ecosystems; and received the 2008 Adam Smith Medal from BIPAC for his pursuit of the principles of free enterprise as Mississippi’s 63rd governor.

Haley Barbour on the Current State of Healthcare and Insurance

Haley Barbour: The Constipation of Congress

Political Outlook. One of the GOP’s most-respected political strategists, Governor Haley Barbour offers audiences an entertaining and enlightening run-down of the latest in politics at the state and/or national level. He presents a hard-hitting, insider’s look at elections, strategy, and policy, analyzing the “facts on the ground” in politics, positing likely outcomes, and sharing what he would like to see happen. Engaging and hilarious, Barbour addresses the latest in politics from the perspective of someone who has lived it and done it, with his signature style and Southern charm making him an instant audience favorite.

Deep Dive On A Hot Political Topic. Well-versed in the most important political topics of the day, Barbour shares insights on an specific topic—from healthcare, energy, or the Middle East to entitlements, tax reform, or the audience’s specific industry. Weaving in hard-hitting political insights, he knows these issues like no one else and can evaluate them at the state or national level.

Haley Barbour on why he pardoned Mississippi prisoners

The Agenda for America