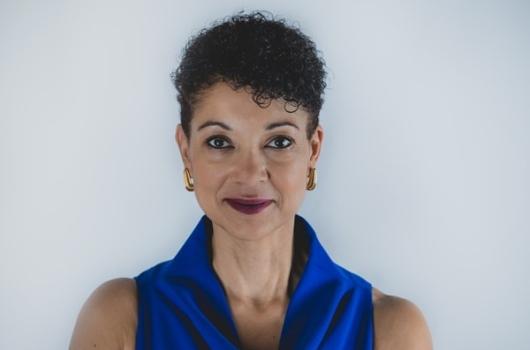 “Shellye’s life story, and the lessons it carries, are powerful examples of focus and ambition that can shape your life for the better … If your goal is to be a truly great leader of men and women, you have found your guide.” -Ben Horowitz

Shellye Archambeau is the former CEO of MetricStream, a Silicon Valley-based Governance, Risk, Compliance (GRC) apps company that helps organizations around the world improve their business performance. Under Archambeau's 14 years of leadership, MetricStream grew from a struggling, newly-formed company in 2004 into a recognized global market leader with nearly 1,500 employees worldwide. The company has been recognized for growth and innovation and has been consistently named a leader in GRC by leading independent analyst firms. Of that turnaround success story, Reid Hoffman, co-founder of LinkedIn, said: “Shellye pulled off the most incredible Silicon Valley turnaround that you’ve never heard of.” In April 2013, Archambeau was named the “#2 Most Influential African American in Technology” by Business Insider. She previously held senior positions with IBM during a 15-year-long career there.

Exclusively represented by Leading Authorities, Inc. speakers bureau, Archambeau has proven global business expertise combined with public policy passion. She shares her powerful personal story of overcoming the odds to achieve enormous success and provides audiences with the four-step framework she has used throughout her entire life to achieve happiness and prosperity in her personal and professional lives. She also shares the tactics she has used in business to get ahead of industry trends, uncover and dominate emerging markets, and to grow MetricStream from a company with razor-thin margins to an industry leader. Archambeau both inspires and motivates audience members, who are encouraged to take charge of their development and chase opportunity.

Prior to joining MetricStream in 2002, Archambeau served as chief marketing officer and executive vice president of sales for Loudcloud, Inc., chief marketing officer of NorthPoint Communications, and president of Blockbuster Inc.’s e-commerce division. Before she joined Blockbuster, she held domestic and international executive positions at IBM. She currently serves on the board of directors of Nordstrom Inc., and Verizon Communications Inc.

Archambeau is a sought-after speaker who has presented to Fortune 500 corporations, members of Congress, and associations including NASDAQ. As member of the board of directors for the Silicon Valley Leadership Group—a nationally-recognized organization focused on fostering a cooperative effort between business and government officials to address public policy issues—Archambeau has led initiatives and Washington, DC delegations to address regulatory compliance and improve governance.

Archambeau is frequently quoted in top-tier media including The Wall Street Journal and The New York Times, and currently pens a column on leadership and entrepreneurship for Entrepreneur magazine. In 2015, she was ranked one of the “100 Most Influential Business Leaders in America” by Newsmax. Regularly named on ‘Who’s Who’ lists in business and technology, she co-wrote the book, Marketing That Works: How Entrepreneurial Marketing Can Add Sustainable Value to Any Sized Company. Archambeau is also the author of the recently released book, Unapologetically Ambitious: Take Risks, Break Barriers, and Create Success on Your Own Terms, detailing her compelling life story and sharing her key wisdoms to increase the odds of achieving your goals. Shellye Archambeau - How to Be Unapologetically Ambitious

Shellye Archambeau - How to Be Unapologetically Ambitious

Shellye Archambeau: In Conversation With Women 2.0

Unapologetically Ambitious: Tilting the Odds in Your Favor. Growing up as an African American female in the 1960s suburbs, Shellye Archambeau quickly realized her odds for success were lower than she’d like them to be. So, she set out devising a plan to maximize them—which she has used throughout her life to achieve both professional and personal success. Archambeau went on to become the first African American woman at IBM to be sent on assignment internationally, and one of the “100 Most Influential Business Leaders in America” as ranked by Newsmax. For all the talk audiences hear about "following dreams" or "having it all," rarely do they encounter practical, actionable advice to reach such lofty goals. That’s where Shellye comes in. She shares her four-step plan for success and charts her course from insecure outsider to CEO and tech industry powerhouse. Inspirational, authentic, and whip-smart, Shellye encourages audiences to set audacious goals and, most importantly, execute on them.

Staying Ahead of a Changing Marketplace. Throughout her career, Shellye Archambeau always sought out growing markets—from choosing to work for IBM straight out of Wharton to eventually moving to Silicon Valley to grasping how quickly the GRC industry would boom in the early 2000s. Here, Shellye shares the methods she used to uncover changing marketplaces and set herself and her companies up for success. Encouraging audiences to ask questions like, “Are your systems aligned with customer needs?” and “How are technology and culture reshaping our laws and practices?”, Shellye encourages event attendees to rethink their business models and outpace the competition through constant growth and innovation.

Cracking the Growth Code: How Shellye Archambeau Led One of Silicon Valley’s Greatest Turnaround Stories. When Shellye Archambeau assumed the helm of a flailing Silicon Valley startup, she knew it was a risk. But she has always believed that to succeed, you’ve got to have “the strength and the resilience to believe in yourself and take big risks.” Here, she shares how she led a failing company just months away from bankruptcy and created a booming organization with more than 1,000 employees and solid financials (in the hundreds of millions). Plus, she offers her specific advice for any organization struggling to see the light—including how to create a detailed, step-by-step plan, how to identify the bright spots, and how to gain consensus and momentum in a positive direction.

Diversity and Inclusion. Named one of the “Most Influential African-Americans in Technology” by Business Insider, Archambeau knows what it’s like to be a woman of color in a traditionally non-diverse industry. And while diversity within an organization isn’t something that happens overnight, Archambeau also views it as an essential element for strong, innovative, and creative global companies—and something that needs to be led by those at the top. Here, Archambeau talks about the power of diversity and the benefits that workplaces that champion inclusion see. Plus, she provides a roadmap for building a community that celebrates all backgrounds and perspectives.

How To Tailor Mentoring Activities To Optimize Effectiveness

The Cigna team is blown away by Shellye’s keynote. I am so excited to watch the recording to absorb it all once more. She was spot on with her direction and advice for this group and many people have commented on their appreciation for her specific action items, which is rare. Thank her for her prep for this event and for really making us feel like she was reaching through the screen and speaking directly to each one of us as she offered her view on ambition and actively managing your own career.

By far the most encouraging and inspiring conversations I have ever heard on a balanced and true view of ambition. It is full of practicalities - the how-to's: how to identify then pursue your desires while not making excuses and all the while building up yourself in order to do the same for others around you. This is, in my opinion, a true leader. To hear from someone like Shellye who has, and continues to do this in every area of her life, is beyond inspirational.

Shellye you are AMAZING!  Thank you for sharing your voice and loved what you said early in the conversation, “The difference between a roadblock and stepping stone is simply how HIGH you lift your leg.

Shellye is a powerful presence on stage. She has smart insights and compelling stories on all aspects of leadership. She also hits that rare sweet spot of being able to command a room and also come across as wonderfully approachable. At our HR conference in Miami, many of the attendees said that Shellye was the highlight of the program.

Shellye exceeded expectations in every way - her career and life story, practical advice on facing decision-making and getting through obstacles - touched the participants in Pittsburgh and live-streamed to 20 markets.

Thank you so very much for your inspiring delivery at the Merritt Career Day. Your keynote was spot on and nearly brought us to tears. We appreciated your insights and your tenacity. Thank you for the inspiration.

As I watched the room while you were speaking, it was truly amazing to see the human connection and heartfelt inspiration you brought to the audience.  The passion and energy you injected was palpable.  I genuinely appreciate you sharing candid, practical advice that was relevant and meaningful to a truly global, diverse audience.  I cannot tell you how many people thanked me for having you as your guest speaker and everyone was completely mesmerized by you, your stories and your accomplishments. 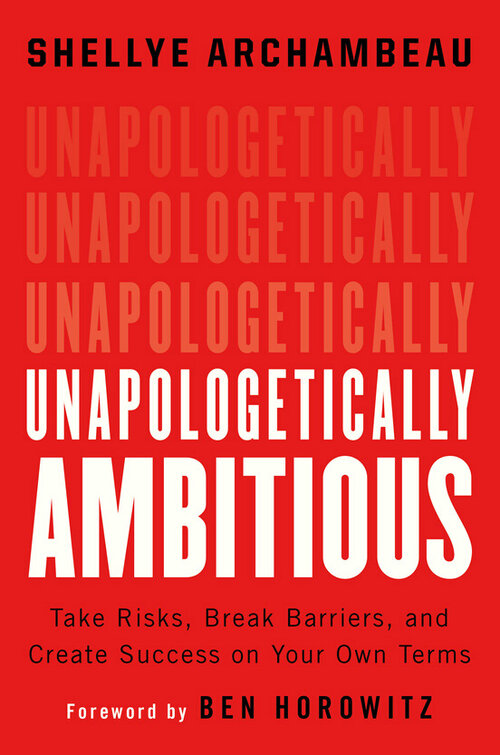 Unapologetically Ambitious: Take Risks, Break Barriers, and Create Success on Your Own Terms 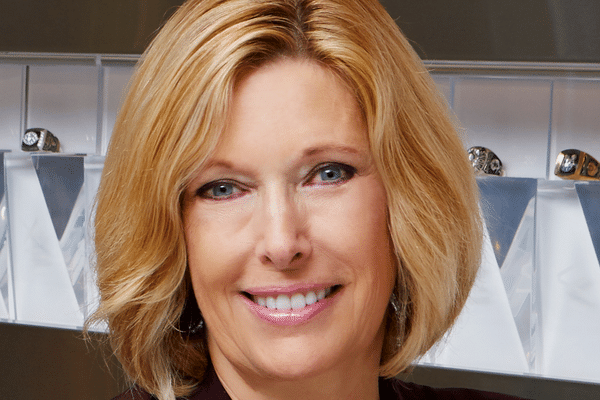 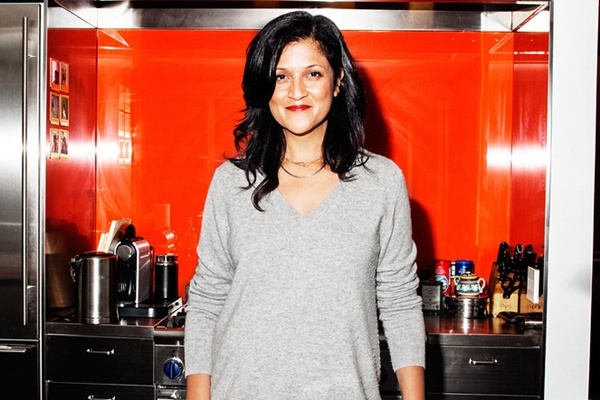