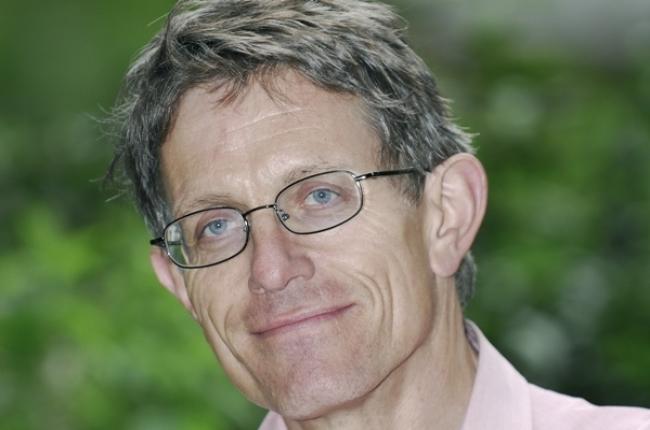 Simon Calder is Britain's leading travel commentator but it wasn’t always like this. Simon's first job was a cleaner for British Airways at Gatwick airport, which eventually led to a job as a security guard searching passengers. It was during the long gaps between flights that he began to write budget travel guidebooks, starting with the Hitch-hiker's Manual: Britain.

He then started to write travel guidebooks and travel articles regularly. When not writing, Simon was studying Mathematics at Warwick University and graduated in 1978. After a brief stint teaching Mathematics in Crawley and a longer stint as radio engineer at the BBC in London, Simon became travel editor for the Independent in 1994. Soon afterwards he began presenting for BBC2's Travel Show. In 2003 he became a regular presenter for the Holiday program on BBC1, and in 2007 presented the last film in the final program of the series, which had run for 37 years.

Today Simon is Senior Travel Editor of the Independent, writing a weekly column as well as articles and features. Simon also writes for Conde Nast Traveller, BA’s inflight magazine High Life, and the trade publication Travel Trade Gazette, as well as a host of other publications.

Simon is also a regular guest on national television, often seen on BBC Breakfast News, Daybreak, CNN, ITV News, and Sky News. He is often interviewed on BBC radio, particularly for BBC Radio 4 and BBC Radio Five Live! Once a month, he presents Fast Track’s Travel Clinic on BBC Worldwide where he answers viewers travel questions and queries. He films a weekly video diary which can be found online at the Independent and on his personal website and in December 2011 he was asked to be a contestant on Celebrity Mastermind – his specialist subject was Concorde. To his astonishment, he won.