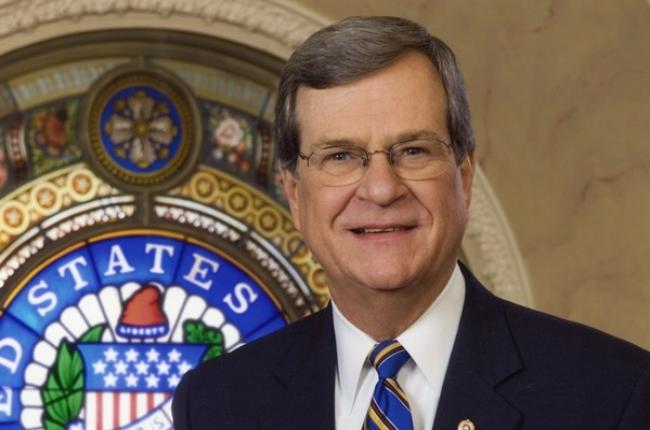 Senator Lott represented the people of Mississippi in Congress for 35 years and is one of a handful of officials to have held elected leadership positions in both the House of Representatives and Senate. During his 16 years in the House and 19 years in the Senate, he worked closely with seven presidential administrations and was regarded as a savvy coalition builder and dealmaker. He is also the author of two books, including 2016’s Crisis Point: Why We Must - and How We Can - Overcome Our Broken Politics in Washington and Across America, which draws on his political experience to suggest a solution to Washington’s increasing partisanship.

Senator Lott joined the House in 1973, representing Mississippi’s Fifth Congressional District. From 1981 to 1989 he served as House Minority Whip, the second-ranking Republican in the House. In that position he forged the bipartisan alliance that enacted Ronald Reagan’s economic recovery program and national security initiatives. He also founded the House’s first modern whip organization with a focus on regular member-to-member contacts and extensive outreach to sympathetic Democrats to secure passage of major legislation.

In 1988 Senator Lott was elected to the Senate where he was a member of a group of pro-growth stalwarts who opposed the tax increase forced on President Bush in 1990. He became the Senate’s 16th Majority Leader in 1996 and, along with Speaker of the House Newt Gingrich, was instrumental in the passing of the historic welfare reform bill of 1996. The next year Senator Lott worked with Gingrich and congressional Budget Committee chairmen John Kasich and Pete Domenici to produce a landmark budget and tax cut agreement that limited some federal spending while, more importantly, stimulating the economic growth that brought the federal budget into balance for the first time since 1968.

As the Republican leader in the Senate during the first two years of President George W. Bush’s administration, Senator Lott led the fight for passage of the President’s tax cut package, the President’s historic education reform bill, the largest increase in defense spending since the Cold War, the most significant trade legislation in a decade, and the resolution supporting the President of military action in Iraq. Senator Lott later helped to reach the compromises leading to the creation of the Department of Homeland Security.

In 2006 Senator Lott was elected Senate Republican Whip, giving him the distinction of being the only person to hold that position in both the House and Senate. 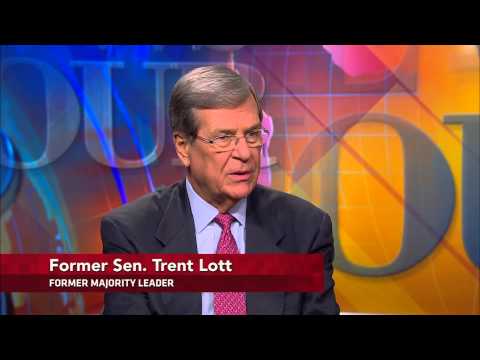 Leadership: Herding Cats, Building Consensus, and Getting Things Done. As a lawmaker who made a career out of building consensuses and coalitions, Senator Trent Lott established a reputation as one of the most effective and productive legislators of the last three decades. His ability to forge cooperative alliances across party lines set an example and created a style of governance whose lessons are sorely needed today on Capitol Hill. By always keeping America's welfare ahead of partisan squabbles, Lott was able to play key roles in the historic budget of 1997, welfare reform, and incentive-based tax cuts which stimulated unprecedented economic growth in the late 1990s. He spearheaded a landmark education reform bill, supported the largest increase in defense spending since the Cold War, and implemented the most significant trade legislation in a decade. Lott speaks with his trademark southern style about the necessary skills for leadership and negotiation and the care and aplomb needed to bring differing people together to achieve positive results.

Solidifying U.S. Infrastructure. As a long-time Senate leader, Trent Lott has been involved in every issue in Washington, from foreign policy to health care. But his passion is - and has always been - transportation. By recognizing the importance of infrastructure, Lott's approach to funding ports, interstates, and roads has created a vibrant and fertile base where education, economic stimulus, and job creation can flourish. He speaks about his record of transportation funding and the pressing need to create a better, more reliable infrastructure to keep up with the changing nature of America.

POINT-COUNTERPOINT WITH JOHN BREAUX:
Tacking to the Center, Getting Results. Former United States Senators John Breaux (D-LA) and Trent Lott (R-MS) both led long, successful, and above all else, productive careers as lawmakers in Washington. By understanding the nuances of negotiation, compromise, and good governance, these two southern statesmen governed from opposites sides of the political aisle, but always led their respective parties toward the center, toward meaningful and beneficial compromises, ensuring that the country was always moving forward. Drawing on their combined 60-plus years as legislators, Senators Breaux and Lott converse eloquently and passionately, debating a wide range of topics in American politics, from tax policy to national security to the need for compromise and debate in America's great deliberative bodies. By agreeing to meet each halfway and putting the needs of the country ahead of partisan squabbles, Breaux and Lott provide a sage example for lawmakers of today and leaders of the future.

Crisis Point: Why We Must - and How We Can - Overcome Our Broken Politics in Washington and Across America

Herding Cats: A Life in Politics