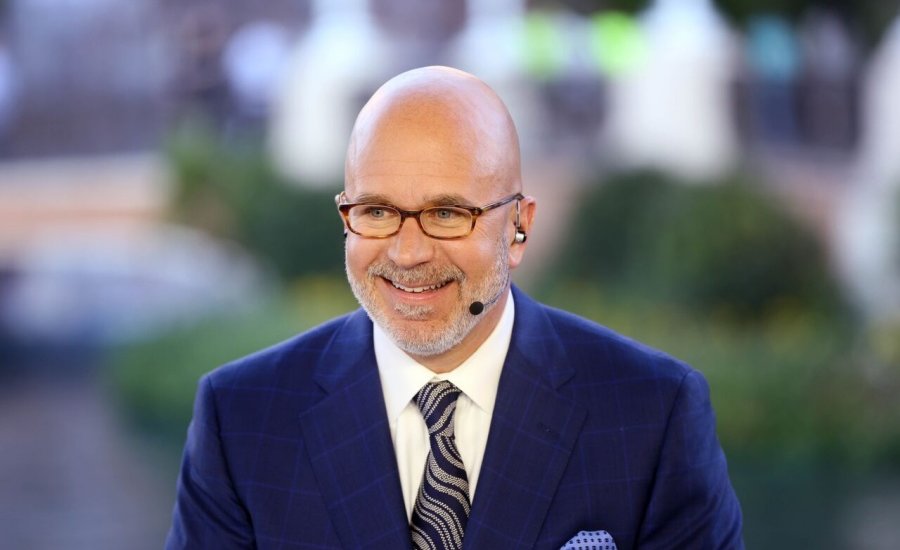 A few of my colleagues and I went to see SiriusXM and CNN Host, newspaper columnist, and New York Times Best-Selling author Michael Smerconish speak to a packed house of about 100 people—he was incredible.

He based his keynote speech on his book Clowns to the Left of Me, Jokers to the Right: American Life in Columns, which is a collection of 100 of his columns chosen from the 1,000+ that he’s written over the years. He has an afterword for each discussing whether he would write the same thing today: showcasing how his opinions have evolved over time.

In his speech, Michael shared his personal journey to developing his current political beliefs, reflecting on growing up with a Republican family in Pennsylvania and becoming active in Republican politics from a young age. Although he began a Bush/Reagan club in college, Michael mentioned that he had always been interested in bipartisanship—leading him to focus on making political connections on both sides of the aisle. He also revealed that soon after 9/11 and after meeting young Barack Obama, he felt that the Republican ideals he had grown up with no longer seemed to align with the party. Michael detailed his transition over the next 20 years after this from becoming Republican to increasingly moderate to where he is now—a self-described true centrist/independent.

Throughout his speech, he was comfortable, funny, and made sure to engage the audience by speaking to both sides of the coin. By taking an honest look at the current political environment, Michael candidly talked about how the extremes of both parties have the loudest voices, yet most in this country fall somewhere in between. His optimistic outlook that Americans have more in common that we do differences resonated with the audience in a powerful and thought-provoking way.

Overall, Michael is a master storyteller and I was greatly impressed with the caliber of his interviews from over the years, including when he conducted President Obama’s first live radio interview from the White House. I highly recommend him for any event touching on current events, or politics of the past, present, and future.

BOOK MICHAEL SMERCONISH FOR YOUR NEXT EVENT

If you're interested in checking his speaking fees and availability for an upcoming date or if you would like to book Michael Smerconish to speak at your next meeting, please contact our team today!