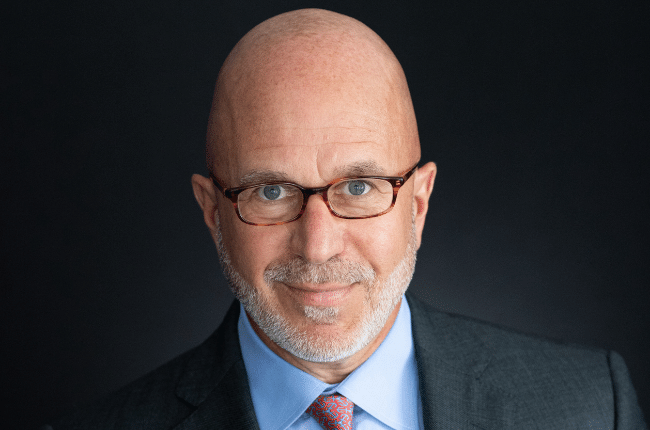 Download Profile
Twitter
Share
Print
In addition to his acclaimed work as nationally-syndicated Sirius XM Radio talk show host, newspaper columnist, and New York Times best-selling author, Michael Smerconish hosts CNN’s Smerconish, which airs live on Saturday at 9:00 am ET and 6:00 pm ET. He also provides analysis and opinion on CNN programming throughout the week. Prior to joining CNN, Smerconish was an MSNBC contributor and served as frequent guest-host on MSNBC's Hardball with Chris Matthews.

His presentations provide audiences with a balanced, thought-provoking, and entertaining analysis of the 2016 presidential election. Smerconish details what he describes as the “rural rebellion” that led to President-Elect Donald Trump’s surprise victory. In so doing, he lends insight that could only come from someone who covered the election from start to finish daily on SiriusXM radio, and participated in CNN’s coverage of every primary, election night, party conventions, all four presidential and vice-presidential debates, and spent nine hours on set for the finale on election night. Smerconish has received numerous accolades for his talk show including the National Association of Broadcasters, which selected him as a 2011 Marconi Award finalist in the category of Best Network/Syndicated Host and TALKERS magazine, which has consistently named him one of America’s most important talk show hosts.

He is the host of the Michael Smerconish Program heard exclusively on SiriusXM POTUS Channel 124 from 9:00 am to 12:00 pm ET and re–airing again from 6:00 pm to  9:00 pm ET. Satellite radio has over 25 million paid subscribers and more than twice as many listeners. He was the first radio host to interview President Barack Obama live from the White House. In addition to his seven interviews with President Obama including his most recent in October 2012, Smerconish has interviewed Presidents Bill Clinton, George W. Bush, George H. W. Bush, and Jimmy Carter as well as Vice Presidents Joe Biden, Dick Cheney, and Al Gore.

He is the author of seven books including two New York Times’ best-sellers. His published books include, Flying Blind: How Political Correctness Continues to Compromise Airline Safety Post 9/11, Muzzled: From T-Ball to Terrorism, True Stories that Should Be Fiction (a New York Times best-seller), Murdered By Mumia: A Life Sentence of Loss, Pain and Injustice (a New York Times best-seller which he co-authored with Maureen Faulkner), Morning Drive: Things I Wish I Knew Before I Started Talking, Instinct: The Man Who Stopped the 20th Hijacker, and TALK: A Novel. Smerconish's newest book, Clowns to the Left of Me, Jokers to the Right: American Life in Columns, will be released in June 2018. Smerconish writes a twice-weekly column in The Philadelphia Inquirer, which is reprinted in various newspapers both in the US and abroad and he has been a frequent guest on other major news programs such as NBC’s Today Show, The Colbert Report, and Real Time with Bill Maher, just to name a few.
SiriusXM radio and television host, Michael Smerconish, is arguably the most eloquent and entertaining speakers on the subject of political polarization, which he abhors. With insider insight and amusing anecdotes, Smerconish explains how America was driven into a partisan ditch and what it will take to rid the nation of this scourge. Despite our divided times, Smerconish has found a way to explain a controversial subject without alienating anyone in the room.

He is a graduate of the University of Pennsylvania Law School and today is of counsel to the Philadelphia law firm of Kline & Specter. When actively practicing law, Smerconish was a trial lawyer specializing in complex tort litigation. He lives in Montgomery County, Pennsylvania, with his wife and their four children. Things I Wish I Knew Before I Started Talking

Things I Wish I Knew Before I Started Talking

Michael Smerconish: A Unique View of US Politics

It’s Time to Change the Channel: Michael Smerconish has been a fixture in broadcasting and politics for three decades. One constant on both his SiriusXM and CNN programs has been discussion of America’s political divide.  Never have his views been more timely.  Through autobiographical vignettes, insight and humor, the politically registered Independent and centrist thinker explains what drove the nation into a partisan ditch and how the situation can improve.

Things I Wish I Knew Before I Started Talking. Michael Smerconish’s speeches mirror the subject matter of his recently released full-length film: “Things I Wish I Knew Before I Started Talking”. His latest book (released in 2018) is titled Clowns to the Left of Me, Jokers to the Right: American Life in Columns. "Clowns" is a compilation of a selection of the newspaper columns he published in the first 15 years following 9/11. The book gave rise to a successful speaking tour dubbed "American Life in Columns," featuring Smerconish sharing stories from the book with live audiences in small theatres all across America. In March of 2020, Smerconish was about to embark on a new tour called "Things I Wish I Knew Before I Started Talking," a one-man show commemorating his 30th anniversary in talk radio. Reflecting on his three decades in the media, Smerconish shares funny anecdotes from his time behind a microphone and explains the connection between a partisan media and the increasing divide in Washington. When several sold- out dates had to be cancelled, Smerconish commandeered a historic playhouse and with the benefit of a television film crew, delivered his presentation “live” in front of 400 empty seats.  CNN aired portions of this performance worldwide as a one-hour special on July 11, 2020.  The full-length version was released on December 8, 2020 by Virgil Films on VOM and DVD.

CNN host dreams of a ‘whole network’ for ‘independent thinkers’

A special thank you to Michael Smerconish for delivering a dynamic keynote address on today's political environment during our annual conference. Intelligent, candid and articulate, Michael instantly engaged attendees with his keen insights on ideological polarization, his considerable historical perspective, his credible ideas on what it will take to change the current climate and his ability to weave everything together into a cohesive, informative dialog.

Michael addressed the current state of political affairs in a reasoned, rational and informed presentation that neither inflamed the right or left. He was the Simone Biles of the balance beam of political and public affairs speakers. He was candid and forthright without becoming accusatory and quickly had the audience’s attention and engagement for the duration of his presentation. If you’re looking for a safe speaker in "dangerous waters” … Michael Smerconish is your guy.

We had the pleasure of having Michael Smerconish at our first in-person YPO event post our COVID quarantine period. Michael was honest and entertaining in the way he discussed the current political and media environment. His presentation and Q&A session afterwards were thought provoking and eye opening for many people in the audience. We purchased his new book CLOWNS TO THE LEFT OF ME, JOKERS TO THE RIGHT for all of the attendees, and he was gracious enough to sign many of them. I happened to listen to the book on Audible, appreciated that he narrated it himself and enjoyed it very much. I have become a new fan of Michael’s brand of independent, straight forward talk about the issues without a spin to the right or left. I wish we had many more people like Michael Smerconish in the media and in politics. I would highly recommend having Michael speak at any event and look forward to watching him every Saturday morning at 9 AM on CNN.

Michael appeared at our ideas conference, ThinkFest, and his talk was the highlight of the day. His speech was eye-opening and entertaining, and his message—about how we became so divided and what we can do about it—is one I wish everyone in America, whether their politics are left, right or center, could hear. Michael was smart, funny and passionate, and we got a great response from our audience.

Michael was terrific! We had lots of positive feedback from our guests. He was an excellent choice for our Business Leaders Forum event. He struck the perfect tone and was highly entertaining. It is challenging to hold an audience captive for 90 minutes at 8:30 am and he met the task with gusto.

Using the perfect blend of analysis and humor, Smerconish delivers an engaging, thought-provoking and balanced dialogue on today’s political arena and the long-term implications of the polarization in politics beyond the 2016 elections. It was so riveting to hear Michael talk about the roots of our partisan division. I truly enjoy every opportunity I have to hear him speak, because he’s informed, rational, educational, but still so energetic.

Michael was an engaging and humble speaker. Witty, too. And he was a delight to work with. The night was everything we hoped for and more. The best word that describes Michael is Mensch!

We were looking for a refreshing, fresh perspective on America’s political culture and that is what we got! Michael spoke at the FORUM at BIG ARTS, Sanibel Island, Florida, last night to a sell out crowd with numerous disappointed folks who couldn’t get a seat. His challenging, thought provoking message wrapped in humor and supported with (real) facts was everything we could hope for! Thanks for joining us Michael! Come back soon!

Clowns to the Left of Me, Jokers to the Right: American Life in Columns