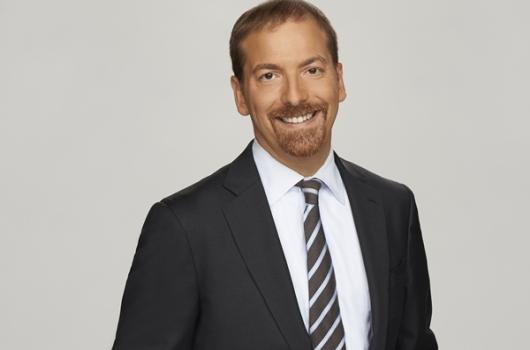 Fifty years from now, one journalist will be the voice and face of our political era — and that journalist is Chuck Todd. A self-described political junkie, he has earned a reputation as one of the most passionate journalists and sharpest analysts in American media. He is NBC News’ political director, the moderator and managing editor of Meet the Press — the flagship Sunday morning public affairs program, the longest-running broadcast in television history, and the number one-rated Sunday public affairs program for several consecutive years. Todd is also the host of the daily NBC News Now show, Meet the Press NOW, which builds on the success of its previous iteration, Meet the Press Daily, which Todd anchored for eight seasons. In addition to the seasonal weekly deep-dive show Meet the Press Reports and the weekly “Chuck ToddCast,” Meet the Press NOW furthers the expansion of the iconic show into the digital and streaming arena.

Influencers and competitors praise him as “a tireless reporter” with “an encyclopedic knowledge of politics” and the ability to “break down barriers and get people off of their talking points.” With what Washingtonian calls a “savant-like knowledge of politics,” he has become a fixture in the White House press room, a steady and constant presence on television, and a tireless voice on the campaign trail. His up-to-the-minute poll analysis and insightful commentary have made him one of the most sought-after voices in American political coverage.

Prior to Meet the Press, Todd served as NBC News chief White House correspondent (2008–2014), as well as the host of NBC News’ The Daily Rundown (2010–2014), featuring interviews with members of Congress and other newsmakers. He has held the role of political director since 2007, leading all aspects of the news division’s political coverage and analysis. Exclusively represented by Leading Authorities speakers bureau, Chuck Todd has the unique ability to deliver an all-consuming passion for politics with razor-sharp analysis. As the political news of today becomes tomorrow’s American history, he offers a comprehensive picture of the current political landscape and serves as the voice of America in the early 21st century.

A Star in Political Journalism. Todd was among the media’s most-trusted voices in the run up to the 2020 elections, during which he co-moderated two of NBC’s presidential primary debates. The first, in June 2019, set records as the most-watched Democratic presidential debate in history — a record that was broken by the second debate in 2020. During the 2008 presidential election, Todd became a frequent contributor to several television news outlets, and during the 2004 elections, he had the rare privilege of moderating one of the few presidential candidate forums in Iowa.

Todd also teaches a graduate-level political communications course at Johns Hopkins University. In 2012, GQ named Todd “The Most Powerful Journalist in Washington.” That same year, he also won the Jeopardy! Power Players match. In 2005, Washingtonian featured him in its “Best of” issue in the journalism section, and in 2009, the magazine named him one of the top 50 journalists covering Washington. In 2001, George magazine named Todd one of the 50 most influential people in politics.

Covering Campaigns, Candidates, and Everything in Between. Todd loves to follow races, issues, and campaigns, and when he isn’t following politics, he’s writing about them. He contributes to publications like the New York Times, the Washington Post, and the Atlantic Monthly, where he is a contributing editor. In 2009, Todd co-authored the definitive election analysis book How Barack Obama Won. His second book, The Stranger: Barack Obama in the White House, was released in 2014.

In 2007, Tim Russert, then-Washington bureau chief and Meet the Press moderator recruited Todd to join NBC as the network’s political director. Before that, he was the editor-in-chief of National Journal’s The Hotline, Washington’s premier daily briefing on American politics. In his 15 years working at the Hotline or one of its affiliates, Todd became one of Washington’s foremost experts on political campaigns of all levels. He helped to grow the publication from a single daily political exposition into an elite paper at the epicenter of politics. Chuck Todd on the White House and 2016 Elections

Chuck Todd on the White House and 2016 Elections

Political Analysis. Chuck Todd offers a comprehensive picture of the everchanging political landscape. He interprets the most pressing issues facing the country today and offers his insight and analysis into Washington politics and the current administration. A seasoned journalist and TV veteran, his unparalleled perspective on the media’s relationship with Washington and balanced scrutiny of politicians and current events gives audiences an entertaining and edifying experience they won’t soon forget. 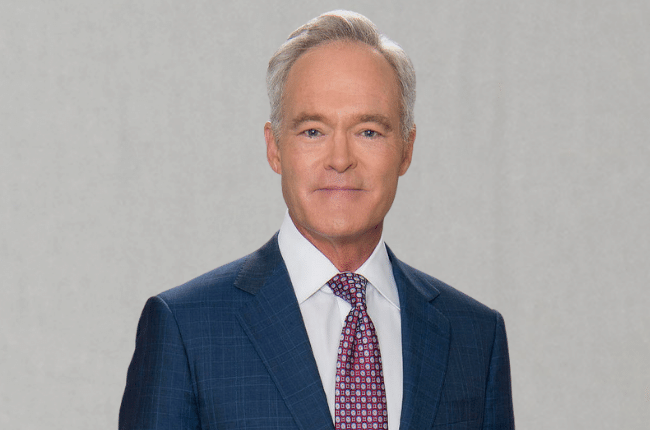