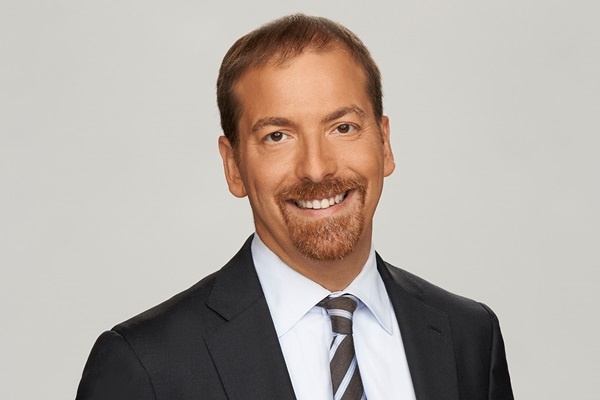 Chuck Todd is the new host of NBC's Meet the Press, it was announced Thursday night, taking over for David Gregory, who had served in the role since 2008. Todd, who will step down from his positions as NBC's chief White House correspondent and anchor of MSNBC's The Daily Rundown, will begin hosting Meet the Press on September 7. He will remain NBC News' political director.

Honored and humbled to be in the company of great MTP moderators, including David, Tom and of course Tim. All three taught me so much.

Including co-hosts in 1984-85, Todd will be the 11th moderator of Meet the Press (Tom Brokaw served on an interim basis following Tim Russert's death in 2008). It's the longest-running series in American broadcasting history (it debuted in 1947).

Leading Authorities exclusively represents Chuck Todd as a speaker, a role in which he delivers the same all-consuming passion for politics with razor-sharp analysis that he displays on TV. His presentations offer a true comprehensive picture of the political landscape. Todd is also the author of a new book, The Stranger: Barack Obama in the White House, set for release on November 11,

Todd's new role as Meet the Press moderator further confirms that as the political news of today becomes tomorrow’s history, he will be the voice we hear when we think back to America in the early 21st century.