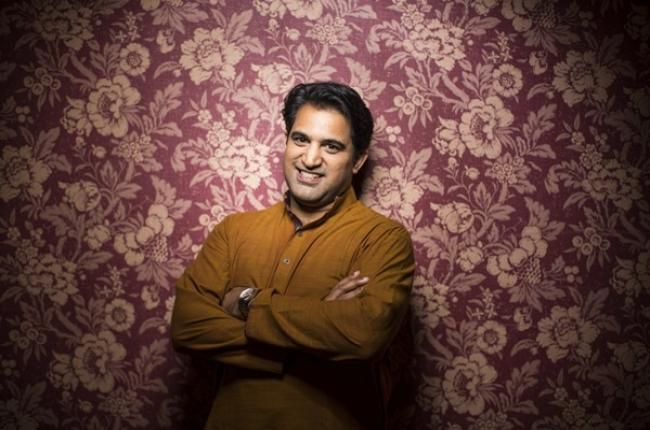 LOCATION/TRAVELS FROM: Pakistan
* This specific fee falls within this range. Ranges are presented as a guideline only. Speaker fees are subject to change without notice. For an exact quote, please contact your Leading Authorities representative.

Dr. Asher Hasan is the Founder and Chief Executive Officer of NAYA JEEVAN (‘new life’ in Urdu/Hindi) a hybrid social enterprise dedicated to providing low-income families in the emerging world with affordable access to high quality, healthcare. NAYA JEEVAN’s operations are currently focused on Pakistan with plans to replicate this model in India, Philippines, Mexico and other emerging markets.

Awarded Career. Asher was most recently selected to join the World Economic Forum Global Agenda Council for Social Innovation for 2012-2014. He is a 2011 World Economic Forum/Schwab Foundation Asian Social Entrepreneur of the Year, a 2013 Synergos Senior Fellow, a 2009 TED fellow, a 2011 Ashoka US fellow, a 2011 Ariane de Rothschild fellow and an invited member of the Clinton Global Initiative for 2009 and 2010.  He has also been selected as an Asia 21 young leader in 2010. In addition, NAYA JEEVAN is a recipient of a 1st prize in the 2008 New York University Stern Business Plan Competition - social entrepreneurship track. Most recently, NAYA JEEVAN received the Rockefeller Foundation Centennial Innovation Award and the Asia Society Public Service Award for 2013.

Prior to launching NAYA JEEVAN, Asher served in the capacity of Senior Director and Head of the US Medical Affairs Obesity team for Amylin Pharmaceuticals, Inc, a biotech company in San Diego, CA. He spent six years at Sanofi as a Medical Director in their US headquarters. During his tenure in New York City, Asher also completed an MBA from New York University’s Stern School of Business.

Medical Background. Asher attended Oberlin College where he obtained a bachelor’s degree in neuroscience and biology with an additional concentration in international relations. This was followed by research at Harvard Medical School and Massachusetts General Hospital followed by training in general surgery at Beth Israel Medical Center.

Asher can often be seen hurtling down alpine ski slopes,  is a voracious reader and loves to cruise the Caribbean. Istanbul, Bali and Rio de Janeiro are his favorite destinations for spiritual rejuvenation.

Fortune at the Bottom of the Pyramid.  A discussion on why it makes business sense to empower the marginalized.

Ad-Venture Catalysts.  An exploration in how social entrepreneurs are creating value through innovation.

Beyond Borders. A look into how global citizens are making money while remaking historychildren of Abraham, and building interfaith bridges across the globe.

Burgers & Bun-Kebabs. Looking at where the East (India/China, South Asia) and West (US) meet.

Tackling the US Public Health Juggernaut. How ‘reverse innovation’ can enhance health outcomes while reducing cost.

Taking the Path Less Traveled. How you can do good for yourself, while also doing good for others.

The Bright Side of the Moon. The truth and honor in achieving success through adversity.