He is also the author of several books and a popular blog on the subject of digital media. His book Mediactive addresses how to take control of the information overload and make it work for us by being active consumers and users. His most recent book, Permission Taken, looks at how users can take back some of the control that companies and governments are exerting over the way we use technology and communicate. His first book, We the Media: Grassroots Journalism by the People, for the People, describes the internet as an opportunity for independent journalists to challenge the consolidation of traditional media and contains Gillmor’s widely cited realization: “My readers know more than I do.” It has been translated into many foreign languages, including Korean and Arabic. He also writes articles and commentary for the Guardian.

Dan Gillmor’s life has been in media — music, newspapers, online, books, investing, and education. From 1994–2005 he was a columnist at the San Jose Mercury News, Silicon Valley’s daily newspaper, and wrote a blog for SiliconValley.com. He was the leading chronicler of the dot-com boom and its subsequent bust, and the blog was one of the first one its kind by a journalist for a traditional media company. In 1999, he began writing a blog for Mercury News but left in 2005 to work on a start-up venture in citizen journalism called Bayosphere, which aimed to “make it easier for the public to report and publish on the Internet.” Gillmor considers Bayosphere’s closing one of his “best learning experiences.” Early in his career, he was with the Kansas City Times and several newspapers in Vermont, followed by six years at the Detroit Free Press. Over the years he has also freelanced for the New York Times, Boston Globe, Economist, Financial Times, and many other publications. Gillmor won the EFF Pioneer Award in 2002 and the World Technology Award for Media & Journalism in 2004.

Gillmor is the co-founder of Dopplr, a travel site and “social atlas,” and Citizen Media Law Project. He is an advisor for FON, a collaborative Wi-Fi company; Global Voices Online, a nonprofit global blog network; Spot.us, a startup working on new journalism business models; Publish2.com, a site aggregating journalists’ links and ideas; and MediaBugs.org, an error tracking project. He is a board member at the Banyan Project, which is developing a co-op model for community news; Pen Plus Bytes at the International Institute of ICT Journalism, a nonprofit based in Ghana; and First Amendment Coalition, a nonprofit that promotes free speech and open government.

He was a Knight-Wallace journalism fellow at the University of Michigan in Ann Arbor, where he studied history, political theory, and economics. Before becoming a journalist, Gillmor worked as a musician for seven years. 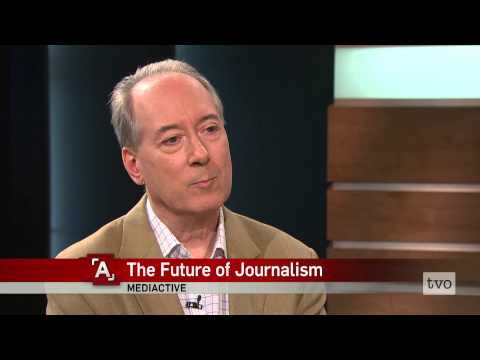 Dan Gillmor: The Future of Journalism

Dan Gillmor: The Future of Journalism

Future of Media and Journalism. Over the years, as a journalist, media entrepreneur, author, and journalism professor, Dan Gillmor has been deeply involved in the evolution of media from its 20th century manufacturing model to a 21st century networked ecosystem. The changes have affected journalists, their sources—especially in government and business—and their audiences, and Gillmor addresses the impact of these profound changes. Information velocity is increasing, and there are consequences to being wrong. A doubled-edged sword, the decentralization of information empowers individuals but also creates an environment where sources like Twitter are relying more on “after-the-fact” checking. Media and journalists must rely on a set of principles– skepticism, judgment, research, free thinking, thoroughness, accuracy, transparency, independence, and fairness – if they want to remain a trusted source of news. However, many of these principles require a more slow-form version of news. How can these ideals be reconciled? Gillmor also looks at the future of the internet. The promise of the internet was the decentralization of information, but Hollywood, government, and big business want to tightly control access. What is the best path for the future, and what are the ramifications of our digital decisions?

Media Literacy and Civic Engagement in a Digital Age. Dan Gillmor discusses media literacy and civic engagement in a digital age. Nowadays, the information and ‘news’ are created at an increasingly rapid pace. Social media like Twitter and Facebook contribute to the spread of information but oftentimes the first wave that information is inaccurate. Consumers of news must learn to be skeptical of absolutely everything they read and hear – but not to the same degree. Skepticism, judgment, research, and free thinking are just some of the principles we must actively engage, and a credibility scale must be put in place, measuring all of the information we get each day against evidence. We can no longer be passive consumers of media. We need to become active users—as consumers and creators—participating in the conversations that inform communities and societies. In the process, we have to decide what to trust.

How Should You Protect Yourself From Cyber Surveillance?

We the Media: Grassroots Journalism by the People, for the People