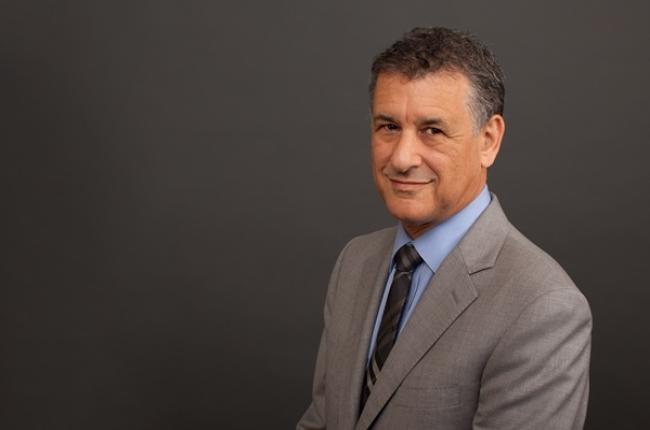 Daniel J. Levitin is James McGill Professor Emeritus of Psychology and Neuroscience at McGill University. He has held Associate Appointments in the School of Computer Science, Faculty of Education, Department of Neurology & Neurosurgery, and School of Music. He received the Principal's Teaching Prize in 2006 at McGill, the University's highest teaching honor. Levitin is also the Founding Dean of Arts and Humanities at the Minerva Schools at KGI and a Distinguished Faculty Fellow in the Haas School of Business at University of California Berkeley.

Levitin has published more than 100 scientific articles, and over 300 popular articles about music and music technology in magazines including Billboard, Electronic Musician, Mix, and Grammy.  His research has been featured on the MacNeil/Lehrer NewsHour, The New York Times, The London Times, Scientific American, and Rolling Stone.  He is a frequent guest on NPR and CBC Radio.

He is the author of the four consecutive international bestsellers This Is Your Brain On Music, The World in Six Songs, The Organized Mind: Thinking Straight in the Age of Information Overload, and his newest book A Field Guide to Lies: Critical Thinking in the Information Age, released in 2016. A Field Guide to Lies was winner of the Quebec Writers’ Federation Mavis Gallant Prize for Non-Fiction, the National Business Book Award, and named a “Best Book of the Year” by the Washington Independent Review of Books.

As a musician (tenor saxophone, guitar and bass), he has performed with Mel Tormé, David Byrne, Roseanne Cash, Victor Wooten, Sting, Bobby McFerrin, Rodney Crowell,  and Blue Öyster Cult.  Levitin served as Vice President of 415/Columbia Records (now Sony Records) from 1984 - 1988, and as President in 1989.  After 415 was sold to Sony, Levitin ran a successful production company whose clients included every major American record label and several film companies.  He has produced and consulted on albums by artists including Stevie Wonder, Steely Dan, and Blue Öyster Cult, and on the films Good Will Hunting and Pulp Fiction.  For his technical and marketing contributions to the recording industry, Levitin has been awarded 14 gold and platinum records.

A popular public speaker, Levitin has spoken to sold-out audiences of 1,200 - 5,000 all over the world.  He has given keynote addresses for the Glenn Gould Foundation, Kindermusik, California Music Educators, Canadian Music Week, and Brandtrust Advertising Executives. He has given invited lectures to the United States Library of Congress, the Naval Undersea Warfare Center, the National Institute of Standards and Technology (NIST) as well as an invited presentation to the Canadian Ministers of Culture on the future of music and copyright. In 2008, he was chosen to deliver the annual Linus Pauling Memorial Lecture in Portland, Oregon. 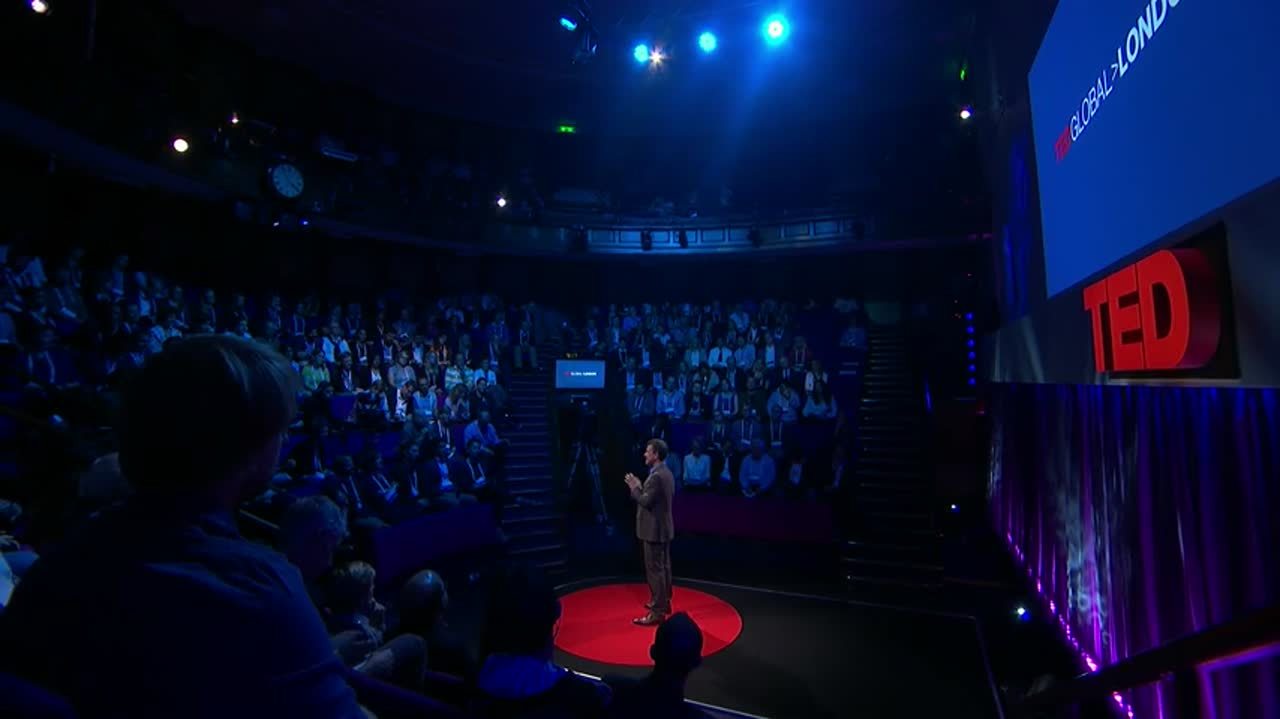 How to stay calm when you know you'll be stressed

How to stay calm when you know you'll be stressed

Unlocking Your Creativity. Daniel Levitin has spent a lifetime working with and studying some of the top names in music, from Stevie Wonder to Joni Mitchell to Sting. Combining his experiences on stage, in the recording studio, and in the laboratory, Dr. Levitin reveals some of the secrets that great artists use to unlock creativity using his characteristic humor and insightful anecdotes. The strategies are applicable to problem solving, leadership, and decision making. In Creativity and Constraints: Evolution, Not Revolution, Levitin shows how some of the most creative ideas come from careful iteration, not sudden inspiration using a set of surprising (and rare) musical recordings. This Is Your Brain On Music is based on Levitin’s million-selling book of the same name. In this talk, he shares what scientists have learned about how and why music moves us, why we like the music we like, how people become musical experts, and how music can improve health outcomes, all as a window into unlocking our own creativity. In Conversations with… Dr. Levitin joins with a marquis musical performer to explore songwriting, inspiration, and creative problem solving in a unique format that combines discussion and musical performance.

Working Smarter. Do you come home at night feeling that you didn’t get enough done at work? Have you ever felt that you have less leisure time now than you did 10 or 20 years ago, and less time to spend doing the things you love most? Building on his #1 best-selling book The Organized Mind, Levitin discusses strategies for increasing productivity and creativity based on the latest findings from neuroscience, and his interviews with a number of HSPs — highly successful people — including U.S. Cabinet members, congressmen, CEOs of Fortune 100 companies, Nobel prize-winners, and LAI’s own General Stanley McChrystal. You’ll come away from this inspiring and practical talk with at least five things you can start doing right away to help you work smarter and more creatively in less time. “Life changing” — Kaiser Permanente Medical Group.

The Underlying Principles of Decision Making. Business decision making is difficult because of uncertainty — we usually don’t know exactly what the outcome will be and if we did, the decision would be easy. Decision making and interpreting complex information (and big data) are perhaps the most important parts of leadership today — executives have the ultimate responsibility for decisions, and these rest on properly interpreting the data we're given. How rational are we? What factors bias our decisions and judgments? Neuroscientists and psychologists have uncovered principles of decision making that can help all of us to maximize the effectiveness of our decisions, and to minimize the likelihood of making bad ones. Drawing on two of his #1 best selling books, The Organized Mind and A Field Guide to Lies, Dr. Levitin uses humor and examples that will help everyone to make better decisions, not just in business but in daily life and medical/health decisions. A 12 minute version of this talk was given as a TED talk and received one million views in its first week. It now has more than 9 million views across platforms, making it one of the most successful TED talks of the year.

Conversations with Music. In Conversations with… Dr. Levitin is joined on stage by a world class musician to discuss creativity, music, inspiration, and the brain science behind them in a program that combines conversation, musical performance, and Q&A. Please call to inquire about current musician partners for this program. Past partners with Dr. Levitin have included Paul Simon, Joni Mitchell, Rosanne Cash, Ben Folds, Bobby McFerrin, and Victor Wooten.

In This Is Your Brain On Music, Levitin shares what scientists have learned about how and why music moves us, why we like the music we like, how music can improve health outcomes, using interactive musical demonstrations that will surprise and amuse you.

A Field Guide to Lies: Critical Thinking in the Information Age

The Organized Mind: Thinking Straight in the Age of Information Overload

This Is Your Brain on Music: The Science of a Human Obsession

The World in Six Songs: How the Musical Brain Created Human Nature 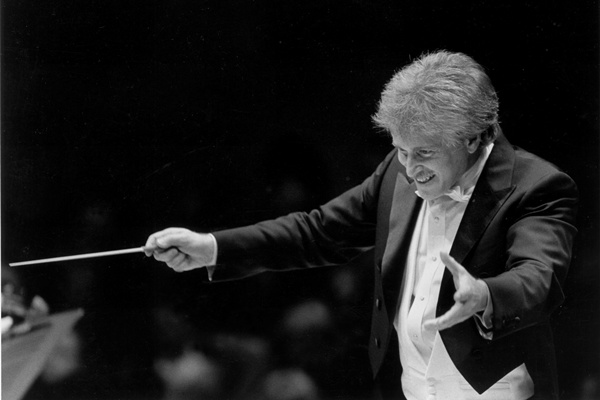 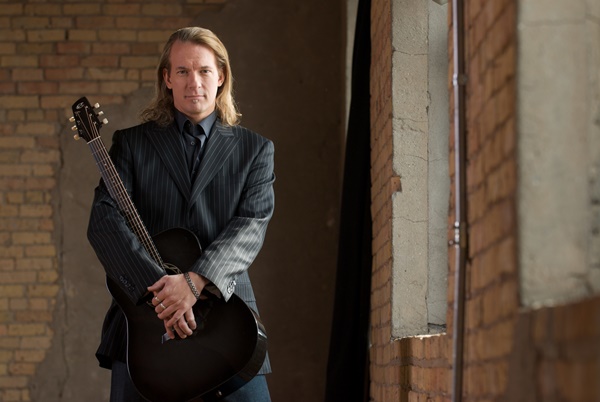