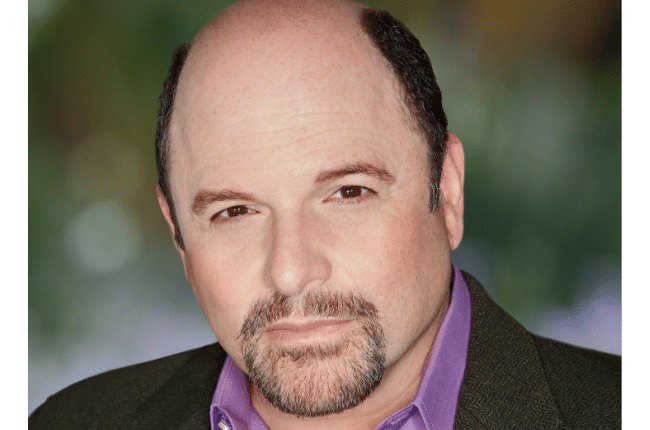 Jason Alexander is undoubtedly best known for his iconic portrayal of hapless “George Costanza” on the legendary hit show – SEINFELD. The series continues to play around the world, showcasing the reason Mr. Alexander received 7 Emmy nominations, 4 Golden Globe nominations, 2 American Television Awards, 2 American Comedy Awards and 2 Screen Actor Guild awards for his indelible work. But his career is one that defines diversity in every form – acting, producing, directing, writing and in every media.

Initially focusing on the Broadway stage, Alexander has starred in the original production of Sondheim’s Merrily We Roll Along as well as The Rink, Neil Simon’s Broadway Bound, and Jerome Robbin’s Broadway -­ a musical revue that Jason both authored and starred in, playing 14 different roles each night and for which he won the Drama Desk, Outer Critic Circle and Tony Award for Best Musical Actor. Even after moving to Los Angeles, he continued his dedication to the theater by becoming the Artistic Director of the Reprise Theatre Company and triumphantly starring with Martin Short in the LA production of Mel Brook’s The Producers.

He has appeared in over 30 films including Pretty Woman, Shallow Hal, Jacob’s Ladder, White Palace, Hachi and the upcoming Heat and Lucky Stiff. And on television he is also known for his work in Bye Bye Birdie, Cinderella, A Christmas Carol, The Man Who Saved Christmas plus appearances on Monk, Friends, Harry’s Law, Criminal Minds and much more. Jason is also a respected director of film, television and commercials as well as his award winning direction of Brad Paisley’s Cooler Online video.

Beyond all that he is a noted children’s author, award-­‐winning magician, highly regarded teacher/coach, political/social activist, occasionally lucky poker player and a longtime husband and father.

And, occasionally, he also has hair.

“As Long As You’re Asking – A Conversation with Jason Alexander” is an evening of comedy, music, and conversation with the award-winning star of stage and screen in which the audience determines what they want to know the most. Alexander will present a variety of topics for the audience to pick and choose, culminating in behind the scenes stories of his life, career, and social activism. Or ask about anything you’ve always wanted to know and see if he can answer.