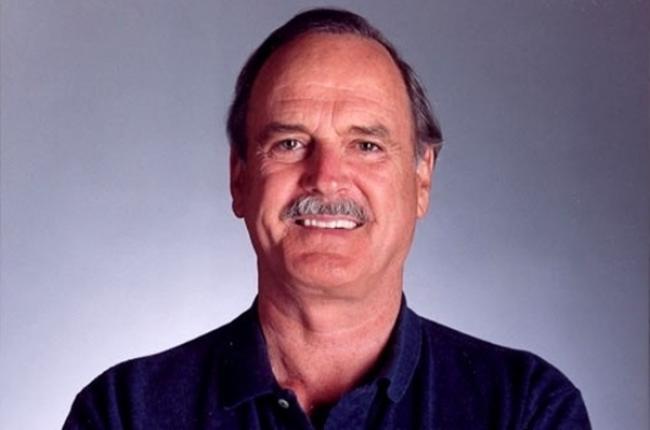 John Marwood Cleese was born in Weston-Super-Mare on 27 October 1939 (his father had changed their surname to Cleese from Cheese before signing up for the army in World War 1). By all accounts, Cleese's childhood wasn't a perfect one. Being 6 foot tall at the age of twelve made him an easy target for bullies, and John Cleese recalls that he started using humor as a way of avoiding fights.

John Cleese's father, despite a modest income as an insurance salesman, sent John to private school, first at St. Peter's Prep School, then later to Clifton college, where Cleese was academically successful, gaining A-levels in math, physics and chemistry, as well as being in both the football team and the cricket first XI. Like almost all of the other Pythons, Cleese discovered the humor of The Goons, and it may have been this that led him to his interest in writing sketches ? indeed this interest was shown when he performed a Flanders and Swann routine in a school revue. At the same time, John Cleese was acquiring another label, with a history report reporting him as engaging in "Subversive" behavior at the back of the class.

In 1958, John Cleese was offered a place at Downing College, Cambridge to read law (his first choice was Pembroke, and Eric Idle would recall later that he spent so much time in and around Pembroke that most of the masters thought that he was a student there). Then National Service ended and students who had postponed their degree courses flooded universities. This meant that Cleese could not take up his position for another two years.  In the mean time he returned to his old prep school as a teacher.

When John Cleese finally made it to Cambridge he immediately tried to join the Footlights, and was rebuffed.  Cleese teamed up with fellow student Alan Hutchison, with whom he wrote material to the 1961 revue show I Thought I Saw It Move (headlined by David Frost). On the strength of this work, both Cleese and Hutchison were admitted. It was at this audition that Cleese met Graham Chapman, and the two immediately formed (as it turned out) a very successful writing partnership. The first thing the two performed in was the revue show Double Take (after this Chapman went to St. Barts in London to continue his medical training). John Cleese carried on writing and performing, and was instrumental in the phenomenally successful A Clump of Plinths (later taken to the West End, and on tour as Cambridge Circus).

After graduating (gaining a 2:1), John Cleese accepted a job at the BBC, writing for a number of pilots, as well as established shows such as the Dick Emery Show. In 1964, he rejoined Cambridge Circus, on its tour, first in New Zealand, then on Broadway. When the tour ended, Cleese stayed in New York, appearing in the play Half a Sixpence, and then moving on to some serious journalism for Newsweek, playing in the American Establishment Review, and appearing in a humorous photo story for the magazine Help! (for which he was recruited by a Mr. T. Gilliam).

Returning to England, John Cleese was recruited into the writing team on The Frost Report (along with 4 of the 5 other Pythons), and immediately joined up with his old Footlights writing partner Graham Chapman. Cleese also appeared in a number of sketches, including the famous "upper-middle-lower class sketch" alongside Ronnie Barker and Ronnie Corbett. At the same time, John Cleese was writing for the radio show I'm Sorry I'll Read That Again. From there he moved on to At Last the 1948 Show, Doctor in the House and Marty Feldman's Marty. Then Barry Took assembled the Python team for their own series. Although it was an open secret that it was a vehicle for Cleese, it became obvious very quickly that the Flying Circus was an ensemble show. By 1973, John Cleese had become disenchanted with Monty Python and left. The rest of Pythons carried on with their fourth and last series, but it was clear that without one, the whole suffered.

Cleese was heard recently as the froggy king of Far, Far Away in Shrek 3 and is known by kids worldwide as the ghost Nearly Headless Nick in the Harry Potter films. This year, the former Monty Python trouper has signed on, alongside Steve Martin, Andy Garcia, Alfred Molina and Aishwarya Rai, for Columbia Pictures/MGM's The Pink Panther 2, scheduled for release on February 13, 2009. 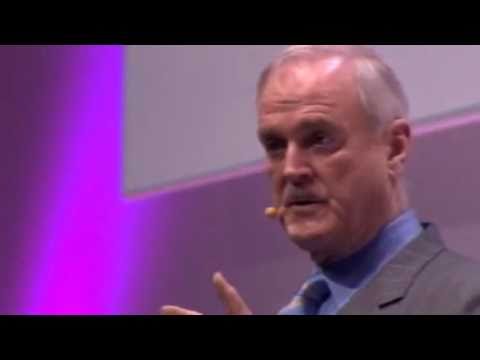 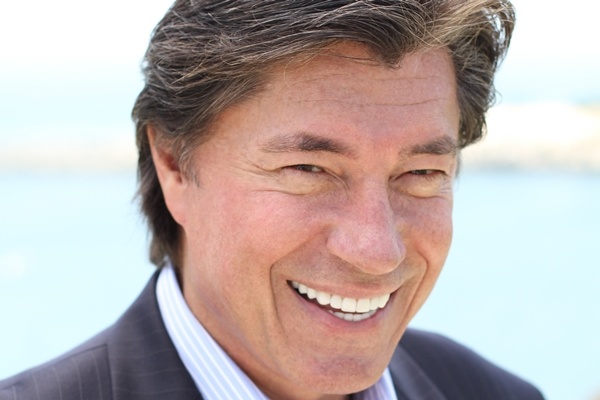