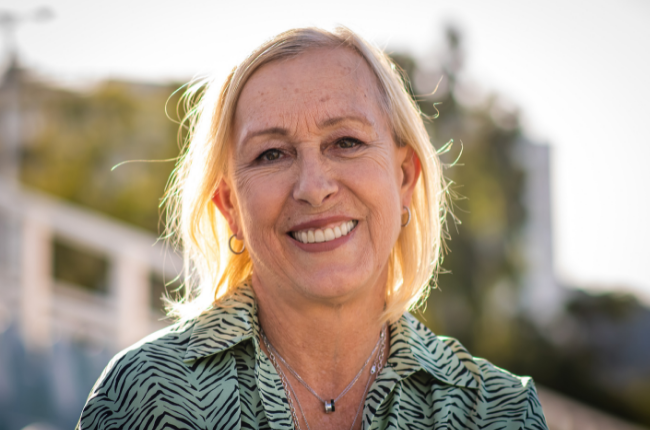 Martina Navratilova, tennis player extraordinaire, who took women's tennis to a new level with her speed, determination, and agility. She won the Wimbledon women's singles title a record 9 times and has been described by many as "the greatest singles, doubles, and mixed doubles player who's ever lived".

The same determination which helped bring her such remarkable achievements on court has most recently helped her through her latest battle, against breast cancer, diagnosed earlier last year. She had an operation to remove cancerous tissue and two weeks later took part in a triathlon.

Martina has been described as honest, feisty, self deprecating, courageous, and controversial. She's always told it from the heart, never flinching from an unpopular comment or cause if she believes it to be right.

When not playing tennis, Martina is involved with various charities that benefit animal rights, underprivileged children, and gay rights. In 2008 she took part in ITV's I'm a Celebrity Get Me Out of Here!.

In 2006 she wrote "Shape Your Self" - a guide to health and fitness. In 1985 Martina released an autobiography, co-written with New York Times sports columnist George Vecsey, entitled Martina in the US and Being Myself in the Rest of the World. She had earlier co-written a tennis instruction book with Mary Carillo in 1982 entitled Tennis My Way. She later wrote three mystery novels with Liz Nickles: The Total Zone (1994); Breaking point (1996); and Killer Instinct (1997).

Originally from Czechoslovakia, Martina was stripped of her citizenship when, in 1975 at the age of 18, she asked the United States for political asylum. She became a US citizen in 1981 but, two years ago, had her Czech citizenship restored. Now Martina spends her time commentating and presenting for Tennis Channel, BBC and Amazon Prime.  She has featured in numerous sports documentaries and made her own documentary called Just Call me Martina.  She got married to Julia Lemigova in 2014 and is current appears from time to time in House wives of Miami.   She had a cameo role in the Politican show on Netflix 3 years ago. 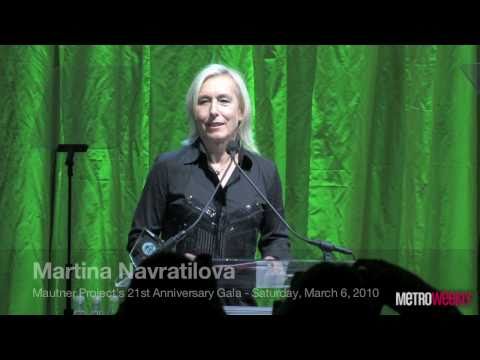 Diversifying Diversity. A tennis legend and leading voice in the LGBTQ+ community, Martina Navratilova is an advocate for equality who strongly believes in the importance of diversity and the critical role it plays in helping organizations create open, high-performing workplaces and position themselves for success. In this talk, she outlines how the boundaries of diversity have expanded beyond racial and gender boundaries, as well as why it has become a necessity for every business. She also provides an actionable framework for reinvigorating your organization’s mission and vision with diversity at the foundation. As she shares with audiences, organizations that authentically act with vision and persistence, work to correct injustices, and stand up for their core values are proven to have more inspired and productive teams. When diversity wins, people and organizations win too.

The Power of Resilience. Whether on the court or in life, Martina Navratilova has encountered diversity at various stages in her journey to becoming a tennis legend and advocate for equality. In this talk, she reveals a more vulnerable side as she draws from challenges in her own personal life, including coming out as a professional athlete and overcoming cancer, to demonstrate how adversity is what introduces us to ourselves. Emphasizing the importance of perspective and a can-do mindset, she shares five strategies anyone can use to be good – even when they feel they are at their worst – and bring their greatness to the surface in tough situations, whether in their professional or personal pursuits.

Grand Slam: Lessons from Life on the Court. Among the most celebrated athletes of her generation, Martina Navratilova’s story is one of breaking barriers all the way to becoming a widely revered tennis legend. Giving audiences a never-before-seen look into her beginnings and what went on behind the scenes during some of the biggest moments of her career, she shares valuable lessons on setting goals, achieving personal success, teamwork, pushing past obstacles, and thinking big to tap into your true potential.

Strategies for Sustaining Championship-Level Performance. Teams and individuals that are able to reach peak performance are the ones that surpass their goals, create innovative solutions, and transform industries. Widely regarded as one of the greatest tennis players of all time, Martina Navratilova shares expert insights on the methods she used throughout her career to attain and sustain peak performance, and how they can be adapted for organizations and individuals in any field. Speaking to the importance of embracing change and not giving in to our perceived limitations, she relates back to her own career to show audiences how they can identify openings for success, be adventurous, adapt, and turn adversity into advantage on the path to victory. 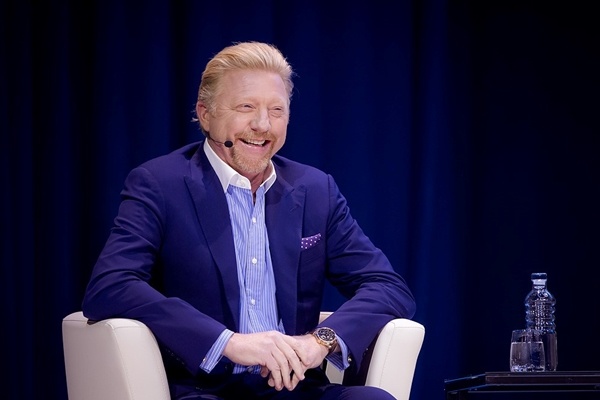 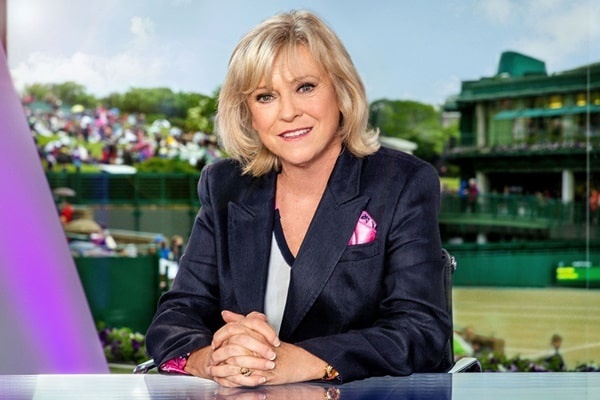