Ambassador R. Nicholas Burns is one of the country’s most articulate spokespeople on globalization and U.S. foreign policy, earning respect as a nonpartisan expert on public diplomacy and world affairs. Over the course of his illustrious, 27-year career, he played a leadership role in U.S. foreign policy toward the Middle East and Asia and was the nation’s top career diplomat as under secretary of state for political affairs from 2005–2008. He served three presidents: George H.W. Bush, Bill Clinton, and George W. Bush. Burns speaks with candor and passion about his position at the forefront of American foreign relations and policy and offers a big-picture perspective of our country’s position on the world stage.

The Future of Foreign Policy. Ambassador Burns provides unparalleled expertise in his presentations on topics ranging from globalization and America’s future in global leadership to how India and China’s rise to power affects the global economy. He believes that America’s prosperity and security depend on our taking into account the world’s concerns; delivering a positive, hopeful image; participating constructively in international organizations (emphasizing multilateralism); and becoming a more energized, enlightened, and effective global leader.

Day-to-Day Diplomat. As under secretary (the nation’s third-ranking official), Burns oversaw the bureaus responsible for U.S. policy in each region of the world and served in the senior career foreign service position at the Department. Among his many accomplishments are shepherding negotiations of the first civil nuclear energy agreement with India; leading negotiations with China, Russia, and Europe on the Iran nuclear crisis; and helping forge an agreement with Brazil on the development of biofuels. He also negotiated a long-term military assistance agreement with Israel.

Before serving as under secretary, Burns worked for five years on the National Security Council at the White House where he was first the director for Soviet (and then Russian) affairs and then the senior director for Russia, Ukraine, and Eurasia affairs. As the State Department spokesman, he became a household name during the Bosnian war. In 1997, Burns became the ambassador to Greece, playing a key role in the Kosovo war. In 2001, he was appointed as the ambassador to NATO, where he led efforts to secure support for wars in Afghanistan and Iraq. Burns had also previously served in the American Consulate General in Jerusalem, where he coordinated economic assistance to Palestine, and, before that, at the American embassies in Egypt and Mauritania.

Awards, Professorships, and Boards. Burns has received 12 honorary degrees, the Secretary of State’s Distinguished Service Award, the Woodrow Wilson Award for Public Service from Johns Hopkins, and the Boston College Alumni Achievement Award. He is the Roy and Barbara Goodman Family Professor of Diplomacy and International Relations at Harvard’s Kennedy School of Government, director of the Future of Diplomacy Project, and faculty chair for programs on the Middle East and South Asia. Additionally, he is the director of the Aspen Strategy Group, senior counselor at the Cohen Group, and vice chairman of the American Ditchley Foundation. 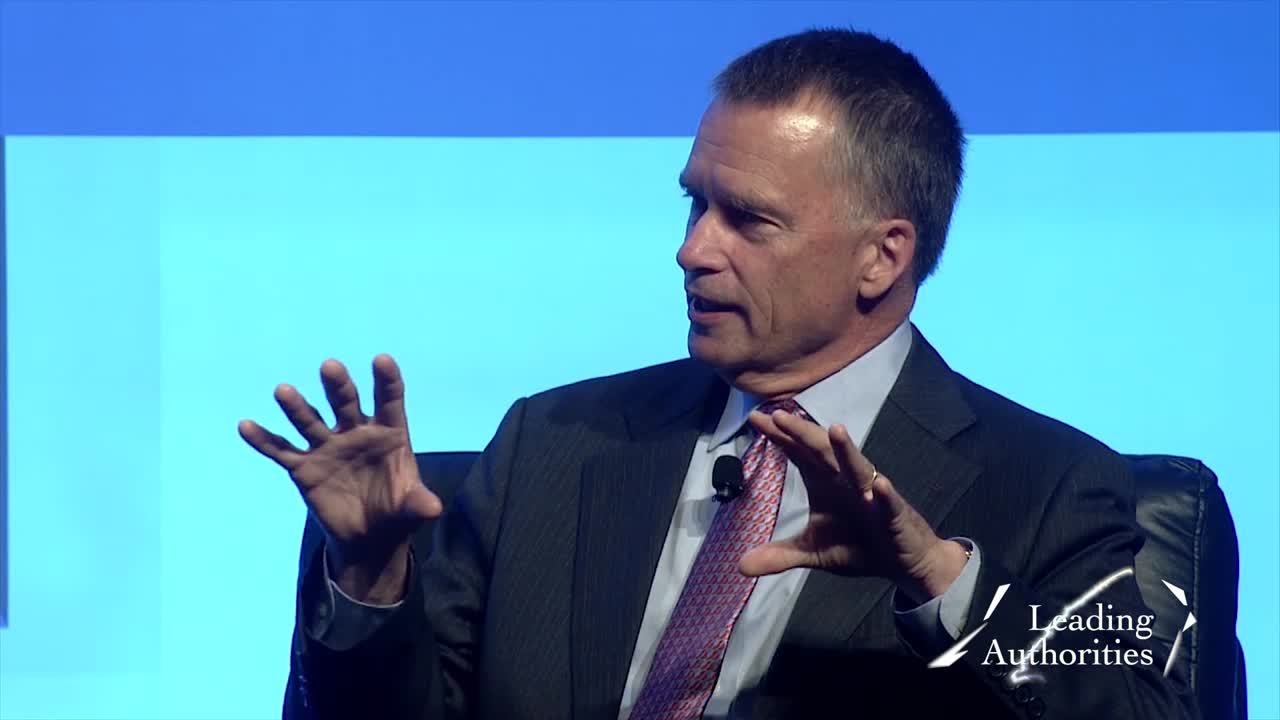 Conversations With Power: Turmoil in the Middle East

The Global Pandemic: Its Impact on U.S. Business, Global Markets, and Foreign Policy. Former U.S. Under Secretary of State and Ambassador to NATO, Ambassador Nicholas Burns provides a compelling, big picture view of major economic, political, and strategic trends that are affecting global markets. Specifically, this presentation focuses on the seismic impact of the global pandemic and recession on the American business community, multinational corporations as well as individual citizens. One of America’s acknowledged experts on U.S. foreign policy, he describes the accelerating competition between China and the U.S. that has ramifications for peace and stability in the Indo-Pacific, trade, and export controls. He also speaks knowledgeably about Russia and the European Union from his White House and State Department experience, as well as India, Brazil, Mexico, and the Middle East.

Egypt and the Middle East. Current turmoil in the Middle East will no doubt impact American interests. Ambassador Nicholas Burns discusses potential strategies for mitigating the risk. A prolonged crisis in Egypt could affect the price of oil, overall stability in the Middle East, Israeli security, and U.S. trade and investment. The emergence of a radical Islamist Egyptian government in the future would change the entire calculus of our policy. The revolts that have spread in the Arab world – from Tunisia and Egypt to Yemen and Jordan – will provide the most critical potential point of change in the politics, economics, and business interests of the Middle East in decades. Burns has been repeatedly interviewed by Fox, CNN, BBC, CBS, MSNBC, Al Jazeera, and other media on what these events mean for the business community in terms of trade, investment, energy markets, national security, and American interests in general. In this presentation, Burns address the crisis, its originations, and how the resulting changes will affect American business and security.

The Economic Crisis: Its Impact on U.S. Competitiveness and Our World Standing. The recent economic crisis has affected people around the world. How should the current Administration and Congress react to this crisis and lead the way toward an eventual recovery? How should the U.S. act to protect our global economic interests? Nicholas Burns outlines how Americans must make an international economic recovery our overriding national goal. He makes a strong case that the new U.S. administration must continue to support American exports, resist protectionism, and work to restructure many of the leading international institutions to make them more effective in responding to current global challenges. Finally, he argues passionately that the U.S. must remain engaged in the world as an active and strong global leader and thus resist the twin illusions of isolationism and unilateralism.

The Future of America's National Security. As recovery from the global financial crisis continues, one of the central challenges for world leaders moving forward is deciding how to create effective international actions to contain and overcome it. No nation can hope to address the financial and economic challenges alone but must instead work with the IMF, World Bank, and other international institutions to coordinate recovery efforts. In addition, the leading world powers must consider creation of new institutions to regain economic stability. As China, India, Brazil and other emerging market countries rise in power, they will also want greater leadership roles in existing institutions. How should the U.S. work to promote more effective global governance? Can the President keep the U.S. in a leadership position but also open the door to greater involvement by the rising powers? What are the implications of the rise of China, India and the other countries for America's long-term security? Will we be able to work with Russia effectively at a difficult time in our bilateral relationship? These are among the most important questions for America as we look to the future. Nicholas Burns addresses these vital issues and their implications.

Nicholas Burns: No Time for Trump to Hurtle toward War with North Korea

Reflection on the US Election

What to Do About Iran

Talk to Tehran, but Talk Tough