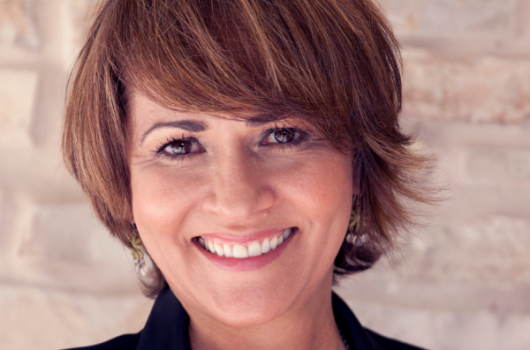 Shayla Rivera is an aerospace engineer and former NASA rocket scientist turned salesperson, corporate trainer, and now international keynote speaker, TEDx speaker, radio host, emcee/host, comedian, actor, writer, producer, seminar facilitator, panel moderator and, as of 2017, director of the ENGR[x] program and Professor of Practice with the College of Engineering at Texas A&M University. However, none of these labels tells you much about her. She best describes herself as a spiritually irreverent mystic and awareness expert. What many would call a Renaissance Woman.

Always using the power of humor and her life story, Rivera has been speaking and performing in both English and Spanish for more than 25 years on a wide range of subjects that span inspiration, motivation, leadership, diversity & inclusion, STEM education, stress management, communication, and self-growth. Her clients around the world include Fortune 500 companies, national and regional organizations, as well as students, parents, and faculty from elementary schools to colleges. She performs live stand-up comedy worldwide, explaining, “My number one goal is to inspire, through laughter.” Rivera has seen, first-hand, the impact the Latino population and culture has had in all levels of American corporations, organizations, and education, and is focused on helping make this merging occur as smoothly as possible. She jokes, “We are all the same, only different…once we understand this, we will be able to seize the opportunities that lie in our seeming differences.”

Born and raised in Puerto Rico, Rivera grew up with an avid interest in human behavior, science, machinery, and fixing things. She attended Texas A&M University, earning a Bachelor of Science degree in Aerospace Engineering with a great number of additional credits in her other passion, Psychology, After graduation she joined McDonnell Douglas Space Systems at NASA’s Johnson Space Center in Houston, where she worked on the Space Shuttle and Space Station programs for five years. Rivera left NASA to pursue her abiding interest in psychology, trying to figure out what makes people tick, eventually becoming a corporate trainer. Rivera began facilitating life-changing seminars on stress management for executives at companies around the country – where she discovered her comedic skills. Encouraged by many of her clients, she signed up for a weekend seminar on stand-up comedy, at the end of which she performed a five-minute routine. It was a personal turning point. “I knew I’d found what I was looking for,” Rivera recalled.

Almost immediately, Rivera became a regular at comedy clubs nationwide. She used her experiences to create the hit one woman show Rocket Science and Salsa, directed by Debbie Allen for which Rivera earned a "Best Lead Actress" nomination by the NAACP Theater Awards, as well as a nomination for "Best Choreography" for Allen. Rivera has hosted Lifetime Real Women Network’s 13-episode TV series You’re Not The Man I Married and appeared on television shows such as Comics Unleashed, Xtreme Fakeovers, National Lampoon’s Funny Money, Funny is Funny, and many others. She has been a guest on The Dennis Miller Show, The Roseanne Show, The Martin Short Show, featured in the Paul Rodriguez Latin All Stars, and was part of the Comedy Central special, Comedy Rehab. She has performed and headlined on entertainment programs for Univision, Galavision, HBO Latino, and on Telemundo’s The Latino Comedy Jam. She also was named "Funniest Latina Comedian" by the Latin 2015 organization. In 2020, Rivera’s 30-minute stand-up comedy special titled Shayla Rivera: It's Not Rocket Science, premiered on HBO Max & HBO Latino.

Among many recognitions, in 2004, Rivera received the Mario Moreno Cantinflas Award in recognition of entertainers who "represent the Latino Community with the same humor as the great Comedian Cantinflas did" and for her involvement in the community. She has also received the President’s Volunteer Service Award from the President’s Council on Service Participation. the Award for Excellence in Public Speaking by the Latino Speakers Bureau, and after only 3 years of teaching, the John J. Koldus Faculty and Staff Achievement Award by the Division of Student Affairs at Texas A&M University.

Rivera is now bringing her expertise in self-development and awareness to the engineering students at her alma mater, Texas A&M, as a Professor of Practice and as Director of ENGR[x] – a new program with the objective of providing undergraduate engineering students with professional skills and experiences beyond their engineering degree requirements, making them more attractive to employers. Helping students become better prepared for life, not just as engineers but as individuals, is her greatest purpose.

Shayla Rivera is not easily placed in just one category or class – she defines her own. On a personal note, Rivera shares, "I have been present through everything in my life, learning from my reactions and always moving towards the awareness of the self. Through awareness I have been able to take risks, endure and grow. I have survived the same struggles in life that many people have, breast cancer, limiting beliefs, injustices, and the ultimate loss of a child. My desire is to share a story of growth, persistence and can-do because, if I am still here, and I am still growing then we all can do the same." 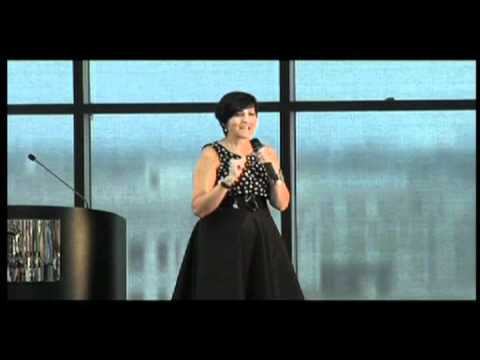 “ABC – Awareness Begins Change.” Speaker Shayla Rivera believes, indeed knows, that anyone can accomplish anything they would like to. “In fact, they already are” she says. Her knowledge springs from the evidence she has found through her own life experiences. There is only one wonderful requirement for living unlimited possibilities and that is, know what you believe. “The one thing I have learned is that it is the external sources in our lives, namely our upbringing and conditioning, that continues to determine and influence our lives and our achievements,” she says. The biggest impediment to positive change is our lack of clarity about what we truly believe. What we have to do is realize that we are on auto pilot about what we continually choose to do and believe. Indeed, our beliefs are not ours at all, they are simply a result of our conditioning. They stay around because we have decided to agree to keep them. Once we become aware that we are in control we can begin to change our direction. Then make choices that aim at the desired results for our lives. Shayla uses her own life story to help her audiences laugh their way to inspiration.

Empowerment STEM / STEAM. Shalya Rivera was a typical young girl, conflicted with insecurities and shyness. Yet in possession of a challenge driven determination that has not quit to this day. She understands the importance of the voices that either encourage or discourage and has always chosen to be a source of belief and inspiration. “Truth is, if I could do anything, anyone else also can.” Helping young women believe in themselves and their potential in STEM & STEAM fields is a driving force in Shayla’s purpose. She travels around the globe encouraging girls to see the truth of their potential. And speaks to women to help them remember the incredible strength of their nature. “I have never met a woman who was not fierce in some way, even though they could not see it. All I want to do is remind them of just how amazing we truly are.”

Personal Improvement. Nothing is as powerful nor important as the individual. Becoming clear about the obstacles in our way is paramount to Personal Improvement. When we explore our conditioning, we begin to see how our seeming limitations are simply what we were conditioned to believe and now agree with. The work at hand is to begin to be honest in identifying the obstacles in our way, and seeing how they are kept in place by our own selves. Once we are able to stop denying this self-blocking, then we can begin to remove, go around, or jump over them to clear our paths and open up to new and exciting opportunities. This is the only way to a more ­­­­­fulfilling life.

The Value of Humor. The value of humor in our lives cannot be overstated. A person who cannot find fault within and then laugh at themselves is a very poor soul indeed. It is amazing to me how we have made it somehow a fault when a person tends to be gregarious and laugh a lot. We deem those people as not capable to be ‘successful’ somehow. Shayla Rivera says take what you do seriously, but don’t take yourself so seriously. Finding where we all trip in life, then being able to laugh about it is the very genesis of all good things. “I can laugh at myself…and yes, I can also laugh at you.”

Diversity, Equity & Inclusion. Diversity is a hot button topic in America right now. However, Shayla demonstrates that this subject is mostly being approached from the perspective of fear about our differences instead of from the opportunities brought forth by the same. Fearing what we don’t understand only promotes limitations in our growth. What we must remember is that the very strength of our nation is reflected on the writing of our National Seal, “E Pluribus Unum” – Out of Many, One.

Leadership. Like everything else, leadership begins with the individual. A leader is not defined by a title or a position of leadership but by their ability to inspire others to work towards a common goal. Traits of leadership such as having a vision, setting goals, charisma, communication skills, character, intelligence, and many more, can be found within every person. In this talk, Shayla focuses on helping individuals recognize and strengthen these traits within themselves. Then give them the tools that will help them do the same for others.

Shayla Rivera brought us all to tears and made us laugh. One of the best speakers I have ever seen! (Speeches in English and Spanish)

It was such a pleasure having Shayla here. The Hispanic/Latino community & Walmart associates thoroughly enjoyed Shayla’s performance and motivational speech at our events. I also hope we can work again in the future to bring Shayla back to Northwest Arkansas.

Shayla, I wanted to thank you for presenting here at Freddie Mac and at the Women of ALPFA!  You were awesome!  I have received a lot of positive feedback from both events!  I am already thinking about the Women of ALPFA for next year!

On behalf of the Siouxland Chapter of SHRM, I would like to express our sincerest appreciation for the riveting presentation delivered to our members.  We were inspired and motivated by Shayla’s entertaining anecdotes to move forward and lead with sensitivity.  We couldn’t get enough!  Thank you!

I highly recommend Shayla.  She brought the house down with her incredible presentation. She had everyone laughing, crying and thoroughly entertained! One of Shayla’s greatest qualities is that she has a strong charisma and connection with her audience. We received amazing feedback from our attendees regarding Shayla’s presentation.