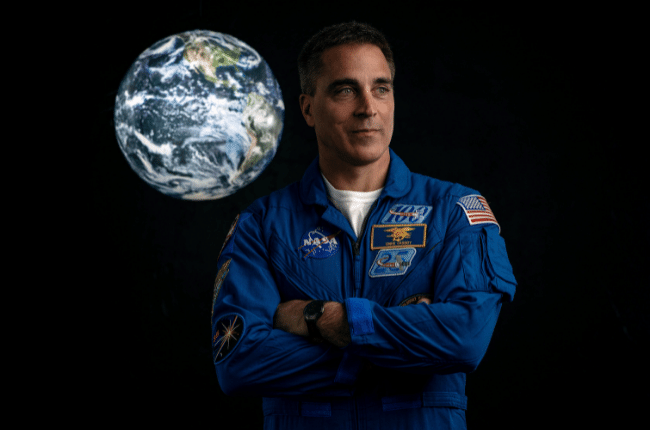 A decorated veteran of the sea, air, land, and outer space, Captain Chris Cassidy is among the leaders of an exclusive and distinguished group of accomplished military astronauts who have made an impact on and beyond this world. Recognized for his leadership and achievements as a United States Navy SEAL and a NASA astronaut, CAPT Cassidy’s various military deployments and spaceflight missions provided the catalysts for an action-packed career where he made the most of every opportunity presented to him, even in challenging and high-stakes environments.

Exclusively represented by Leading Authorities speakers bureau, CAPT Cassidy’s talks explore the habits of effective leaders and how they can motivate their teams to overcome the obstacles in front of them, foster a high-performing culture of trust, and thrive in clutch moments when everything is on the line. With a talent for storytelling and well-timed humor, he shares his inspiring journey from the U.S. Naval Academy to becoming NASA’s 15th Chief Astronaut — motivating audiences to develop a never-quit mindset to accomplish their goals, and help others along the way.

CAPT Cassidy’s career began as a member of the U.S. Navy SEALs team where he spent 11 of his 28 years in the Navy — making two six-month deployments to Afghanistan and a further two deployments to the Mediterranean. During his tenure with the Navy SEALS, he served in various leadership roles, including Executive Officer and Operations Officer of Special Boat Team Twenty and SEAL Delivery Vehicle (SDV) platoon commander in Norfolk, Virginia, as well as SEAL platoon commander at SEAL Team THREE in Coronado, California. Deployed to Afghanistan just two weeks after the September 11 attacks, Cassidy also served as Ground Assault Force Commander for international and U.S.-only combat missions. A master of many trades while serving his country, CAPT Cassidy also amassed several hundred hours underwater as a navigator or mission commander of a two-man flooded submersible SDV which are launched from a full-sized submarine at sea.

Making his way from Earth to the cosmos, CAPT Cassidy was selected as an astronaut candidate by NASA in 2004. Assigned his first spaceflight in 2009 as a mission specialist aboard the STS-127, he became the 500th person in history to fly into space, as well as the second-ever SEAL. In subsequent flight experiences, CAPT Cassidy was assigned to Expedition 35 in 2013 as a flight engineer and Expedition 63 as Commander of the International Space Station in 2020. While at NASA, CAPT Cassidy accumulated 378 days in space, and 54 hours, 51 minutes of spacewalk time, placing him in an elite group of four U.S. crewmembers with 10 spacewalks. He was named NASA’s Chief Astronaut in 2015, a role in which he was responsible for flight assignments, mission preparation, and on-orbit support of U.S. crews, as well as organizing astronaut office support for future launch vehicles. He served in this position for two years before returning to normal flight status. In May 2021, three-time space veteran CAPT Cassidy announced his retirement from both NASA and the Navy, transitioning into his current role as CEO and president of the National Medal of Honor Museum. He also serves on the board of directors for the JFK Library Foundation and the Navy SEAL Foundation, and as an advisor for New Vista Acquisition Corp.

Among CAPT Cassidy’s awards and honors are the Bronze Star with combat “V,” the Presidential Unit Citation for leading a nine-day operation at the Zharwar Kili cave complex on the Afghanistan/Pakistan border, a second Bronze Star for combat leadership during Operation Enduring Freedom, the Great American Patriot Award, and the NASA Exceptional Achievement Medal. He completed the 2014 Ironman World Championship in Kona, Hawaii and spent three weeks cycling through the Amazon rainforest in 2017. CAPT Cassidy earned his Bachelor of Science in mathematics from the U.S. Naval Academy in 1993 and his Master of Science in ocean engineering from MIT in 2000. He was awarded an honorary Ph.D. from Husson University in 2015, and a second honorary Ph.D. from the University of Maine at Augusta in 2021. Chris Cassidy: Mission Possible - It's In You

Chris Cassidy: Mission Possible - It's In You

Among the Stars | Official Trailer | Disney+

Mission: Possible — It's in You. Retired U.S. Navy SEAL and NASA astronaut CAPT Chris Cassidy never let fear or uncertainty stop him from achieving his goals. After almost missing his application deadline, a young CAPT Cassidy was accepted to the U.S. Naval Academy when an admissions officer identified the potential within and decided to take a chance on him. It was a 30-second conversation that would shape his life in the years to come.

In this talk, CAPT Cassidy shares his personal story with the audience — both from his time as a Navy SEAL and a NASA astronaut — about the importance of persevering in the face of adversity and on the path to success. Drawing on lessons-learned on the battlefield and in space, CAPT Cassidy inspires groups to embrace the “never-quit” mindset and shows how it’s in each and every one of us to recognize opportunities, shape them and take action to thrive in clutch moments and achieve more than we thought was possible as we leave our marks in this world, while bringing others up along the way.

Leadership Under Pressure: An Astro SEAL’s Perspective. Whether on land, under the sea, in the air, or in space, CAPT Chris Cassidy, a retired U.S. Navy Seal and NASA astronaut, has raised the bar for leadership under pressure. The trust that a commanding officer showed in him in his formative years as a SEAL proved to be the catalyst for CAPT Cassidy’s own career as a leader.

In this talk, Cassidy provides audience members with the tools they need to maximize the potential of their own leaderships skills as well as set their people on the path to be effective leaders themselves. He’ll reveal the ways in which leaders analyze and act on opportunities, choose the best solution when everything is on the line, foster an environment of trust for success at all levels of the organization, and embrace change and challenges that require them to step out of their comfort zones to make an impact.

Keys to Assessing Risk: Knowing When to Push or Pivot. CAPT Cassidy’s career engaging in complex missions both as a Navy SEAL and NASA astronaut exposed him to risks at every turn and challenging environments where his decision-making ability was put to the test. From navigating enemy territory in Afghanistan to making the difficult decision to terminate a spacewalk mission and get his fellow astronaut to safety when he had a leak in his spacesuit, CAPT Cassidy spent his entire career analyzing threats and charting the best course of action to ensure the safety of his teams.

In this talk, he draws from his experiences in crisis management to share with audiences the keys to managing and assessing risk and effective decision-making, as well as actionable steps for determining when to push through and when to pivot from the objective at hand in order to adapt and position their organizations for success.

The event was great and Chris did a remarkable job.  He was well prepared and the discussion was extremely engaging for everyone in attendance.  I have received positive feedback from across our company and am extremely happy with how the event turned out.

Everyone really enjoyed his presentation, and he did a great job of making his remarks relevant to our customers. I heard the word "goosebumps" a lot when people were sharing their feedback with me. He could not have been more approachable or engaging and people were THRILLED to meet a real-life astronaut and American hero. I am so happy with the response and grateful to you for bringing him to my attention. 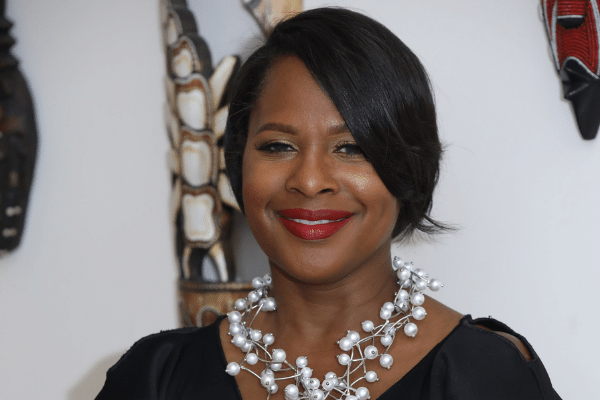