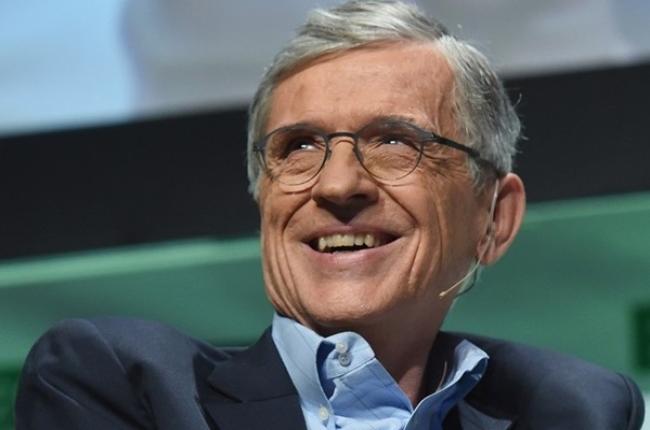 Once called the “Bo Jackson of telecom” by President Obama, Tom Wheeler is a business, author, and the former Chairman of the Federal Communication Commission (FCC) from 2013 to 2017. Appointed to that post by President Obama, Wheeler’s diverse experience with the digital revolution, his avocation as an historian, and his time as Chairman—overseeing one-sixth of the national economy—offers a unique insight into the challenges of dealing with technology-driven change. The only person ever selected to both the Cable Television Hall of Fame and the Wireless Hall of Fame, Wheeler has been involved with new telecommunications networks and services for over four decades. Bringing to the FCC the can-do attitude of an entrepreneurial business career and a technical expertise that dates to the early days of the digital revolution, his chairmanship has been described as “the most productive Commission in the history of the agency.” Exclusively represented by Leading Authorities speakers bureau, he discusses harnessing technology change to create advantages, and draws on historical anecdotes to aid businesses and organizations in their search for winning strategies amidst future disruption.

At the FCC, Wheeler led the efforts that resulted in the adoption of Net Neutrality, privacy protections for consumers, and increased cyber security, among other policies. During the Obama-Biden Transition of 2008-2009, Wheeler led activities overseeing the agencies of government dealing with science, technology, space, and the arts. Currently a visiting fellow with the Brookings Institution, his speeches draw on this experience to discuss technology and the innovative and intrapreneurial business strategies that allow businesses and executives to be change leaders rather than collateral damage.

Prior to his appointment as Chairman of the FCC by President Obama, Wheeler was managing director at Core Capital Partners, a venture capital firm investing in early stage Internet Protocol (IP)-based companies. He was CEO of the Shiloh Group, a strategy development and private investment company specializing in telecommunications services. He co-founded SmartBrief, the Internet’s largest curated information service for vertical markets and, as an entrepreneur, launched or helped to launch multiple companies offering innovative cable, wireless, and video communications services.

Additionally, from 1979 to 1984, Wheeler was president and CEO of the National Cable Television Association (NCTA). Wheeler also served as CEO of several high-tech companies, including the first company to offer high-speed delivery to home computers and the first digital video satellite service. From 1992 to 2004, Wheeler served as president and CEO of the Cellular Telecommunications & Internet Association (CTIA).

Wheeler is the author of the books, Take Command: Leadership Lessons from the Civil War and Mr. Lincoln’s T-Mails: The Untold Story of How Abraham Lincoln Used the Telegraph to Win the Civil War. His commentaries have been published in The New York Times, The Washington Post, USA Today, Los Angeles Times, and numerous other leading publications.

Wheeler served on President Obama’s Intelligence Advisory Board prior to being named to the FCC. Presidents Clinton and Bush each appointed him a Trustee of the John F. Kennedy Center for the Performing Arts. He is the former Chairman and President of the National Archives Foundation, and a former board member of the Public Broadcasting Service (PBS). He is a proud graduate of The Ohio State University and the recipient of its Alumni Medal. 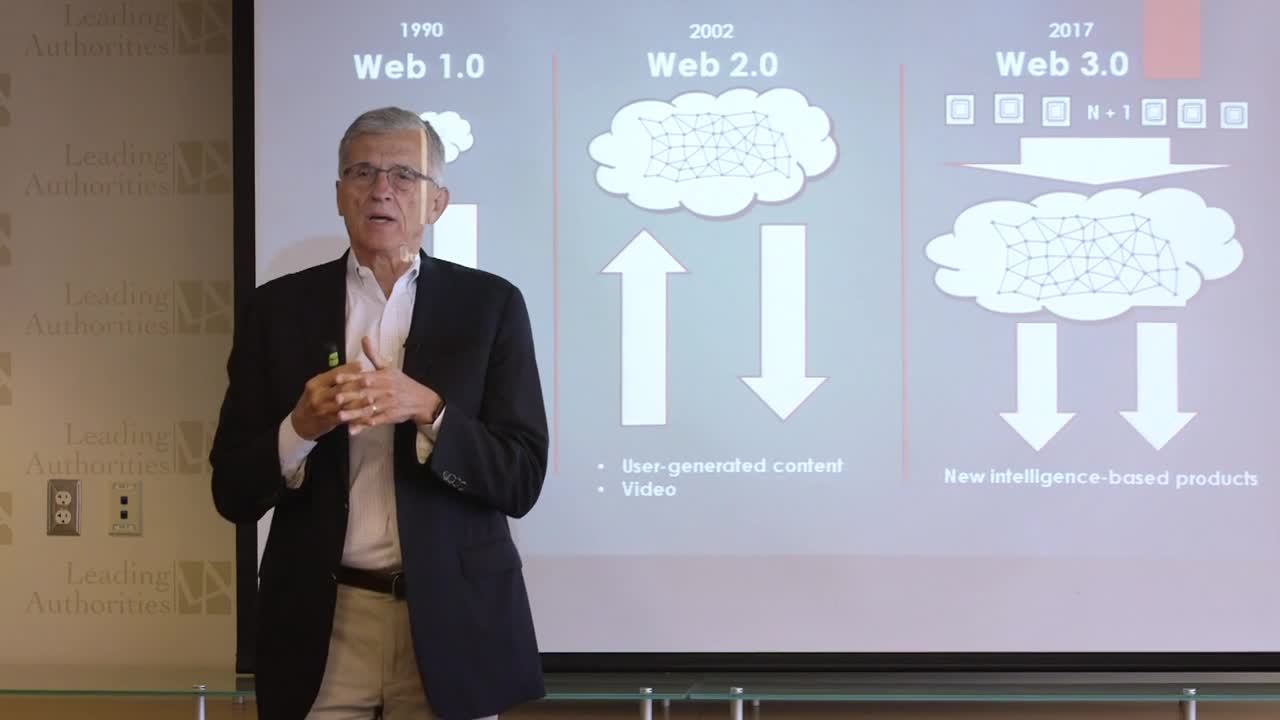 Disrupt Or Be Disrupted: Making Technology Work For You. Former FCC Chairman and serial entrepreneur, Tom Wheeler, has spent the last four decades translating breakthrough technologies into new products and services. And now more than ever, our lives and how we interact with businesses center around our technology. Considering that 52% of Fortune 500 companies operating in the year 2000 don’t exist anymore, he argues that new technologies make the choice for businesses clear: Disrupt or be disrupted.

With this talk, Wheeler shows businesses how to get ahead of the technologies that will disrupt and do some disrupting themselves. He looks at the new rules of engagement for businesses operating in today's environment, including the reality that networks define us, the way connectivity has moved from a centralizing to distributed model, and that “moving fast and breaking things” is the only way to retain a competitive edge. Drawing on historical anecdotes, modern behavioral trends, and even physics, Wheeler breaks down how new destabilizing forces including the Internet of Things (IOT) , blockchain, and artificial intelligence (AI) will play out and how businesses should use them to get ahead. Believing that we are at the inflection point of the Information Age, Wheeler’s speech presents a thorough manual for forward-thinking companies seeking to capitalize on disruption.

New Questions, Newer Answers: Cyber Security & Your Business. Tom Wheeler managed cyber security for America’s networks as Chairman of the FCC. Understanding that cyber defenses need to mirror the scope and complexity of the networks they protect—and that these networks are changing and expanding more rapidly than ever before—Wheeler identifies the new ways businesses will be connected and highlights the pain points that will be exposed. Wheeler urges businesses to amend their cyber defenses in order to get in front of network attacks while avoiding duct tape strategy of fixing problems in a piecemeal fashion. With internet strategies adapting every day, Tom Wheeler declares that cyber security is the scourge of the Internet age. Looking at the Internet of Things and the flood of intelligent data being generated by connected chips, Wheeler prepares businesses for the methods and aims of a new wave of bad actors that will rise, and presents a roadmap for steeling systems against cyber thieves and even punching back.

Keeping The Internet Open For The Future. Historically the Internet has undergone a transformation every 12 to 15 years, and we are currently on the brink of another internet boom: Web 3.0. While Web 3.0’s first act will be the internet of things, it will also lead to the creation of smart cities, the development of new personal services and increased commercial productivity—to the tune of $11 trillion dollars per year by 2025. Whether Web 3.0 comes to fruition, however, depends on the policy decisions we make today. Here, Wheeler looks at the current Administration’s view of the internet as well as both sides of the online regulation debate. Wheeler argues an open, fast, and fair Internet is essential to a successful future.

A Look At Both Sides Of The Artificial Intelligence Coin. During his tenure as FCC Chairman, Tom Wheeler oversaw many technological advances including the exponential growth of Artificial Intelligence and the regulation of AI-driven ventures. Wheeler knows the good and bad sides of the AI coin, and is able to expertly identify the potential threats that accompany technology’s pervasive position within our lives as well as the triumphs of great engineers working to make our collective future brighter. In this presentation, Wheeler lays out the pitfalls, the battles ahead, the rewards and increased efficiencies that come along with adopting machine learning technologies, and the unknown future of Artificial Intelligence.

From Gutenberg to Google: The History of Our Future

Looking at the Record of the Sinclair Broadcast Group Megamerger

Tom Wheeler: Keeping the internet open for the future

How the Republicans Sold Your Privacy to Internet Providers 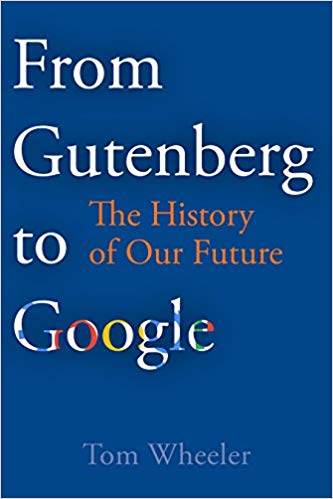 From Gutenberg to Google: The History of Our Future 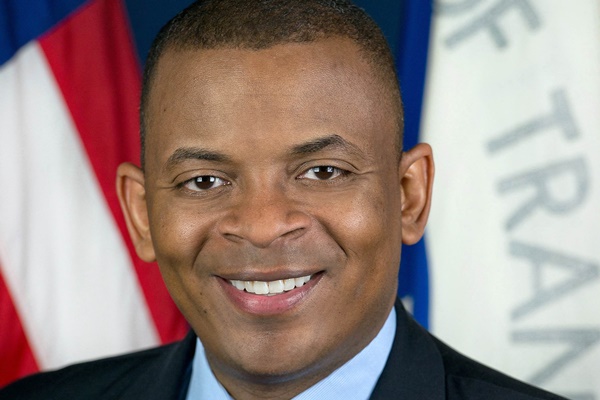