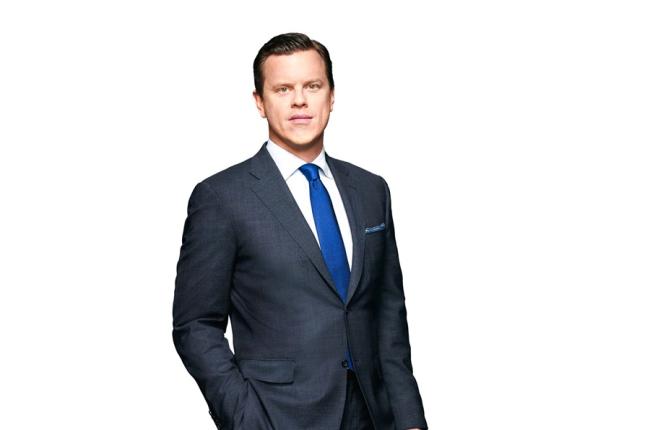 Willie Geist is the host of NBC News’ Sunday Today with Willie Geist. He is also a co-host of MSNBC’s Morning Joe and a regular host and contributor to TODAY, as well as to NBC Nightly News with Lester Holt and Meet the Press. Geist also contributes to the NBC Sports Group, where he hosted coverage of several Olympic Games, and is the author of three books, including the New York Times best-sellers Good Talk, Dad and American Freak Show. Geist lives in New York with his wife and two children.

Geist began his career as an editor and producer for CNN Sports Illustrated and subsequently, a field producer and reporter for CNN Sports, where he covered The Super Bowl, The NCAA Final Four, and The Masters. In 2004, he became a writer and producer for I, Max, a short-lived sports commentary show hosted by Max Kellerman on Fox Sports Net. He joined MSNBC television in April 2005 as a senior producer of The Situation with Tucker Carlson. Geist began substituting as a co-host on MSNBC's 6-9 a.m. morning time slot almost immediately after Don Imus was fired in late April, 2007 and was named permanent co-host of Morning Joe, along with Joe Scarborough and Mika Brzezinski in that same year.

In its “Best of NYC 2009” issue, The Village Voice declared Geist the “Best TV Sidekick Who Deserves His Own Show,” writing, “Memo to MSNBC: Instead of Countdown reruns at 10 p.m., give Willie a proper talk show—you might have a contempo Dick Cavett on your hands.” Later that year, Geist began hosting his own 30-minute program Way Too Early with Willie Geist and soon after, on December 28, 2009, Way Too Early with Willie Geist was listed by The Daily Beast as one of “25 Ways to Get Smarter in 2010.” The Daily Beast compared Geist’s combination of news and humor to Jon Stewart’s on the Comedy Central network and Rachel Maddow’s on the MSNBC network, calling Way Too Early “2010’s must-watch cable news show.”

Today’s Headlines with Willie Geist
From the greens at Augusta National to breaking the news behind the Morning Joe desk, Willie Geist draws from his fifteen years of journalism to give audiences real life insights. Edgy and entertaining, Geist brings a fun and fresh look at the serious stories dominating today’s headlines. Highlighting the key personalities behind the news cycle, Geist shares anecdotes from his experiences reporting on and interviewing top names in politics, entertainment, and media.

Willie was fabulous. He was entertaining, funny, and prepared. He really did his homework on AMA.

Product Details Loaded!: Become a Millionaire Overnight and Lose 20 Pounds in 2 Weeks, or Your Money Back