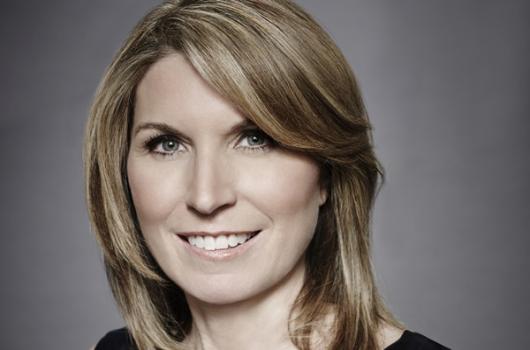 Nicolle Wallace is a New York Times best-selling author, political analyst, top strategist for the GOP, and the former special assistant to the President and director of communications at the White House under President George W. Bush. She is currently the host of MSNBC's Deadline: White House, a frequent contributor and guest host on The 11th Hour with Brian Williams, and Morning Joe, and a contributor on The Today Show. The New York Times called her a “tough, savvy, and hard-charging conservative political operator,” and her White House colleague, presidential political advisor, Mark McKinnon, called her a “rare talent in politics.” Funny and charming, she shares fascinating stories from her time in the White House, on the campaign trail with Sarah Palin, and from the studios at MSNBC and ABC, where she was a co-host on ABC's The View. She is someone that audiences will not only recognize from TV but love on stage. Exclusively represented by Leading Authorities speakers bureau, Wallace is a master storyteller as she looks at the latest in politics and the media and offers audiences the rundown on today’s biggest players and issues.

From Inside The White House. Wallace served as the communications chief for George W. Bush’s White House and re-election campaign and was credited with “injecting a tremendous amount of realism” into White House deliberations.  According to the Washington Post, she served as “a voice for more openness with reporters.” The New York Times story announcing her presidential appointment carried the headline: “New Aide Aims to Defrost the Press Room,” and she was described by former colleagues as “very persuasive in the halls of the West Wing.”

Wallace also served as senior campaign advisor for the McCain-Palin Presidential campaign in 2008. She appeared frequently on network and cable news programs as the campaign’s top spokesman and defender. In the 2012 HBO film, Game Change, she was portrayed by Sarah Paulson.

Before her time in the White House, she was a press secretary for Governor Jeb Bush (R-FL). She is also a former political analyst for CBS Evening News.

She is a California native and graduate of the University of California, Berkeley, and Northwestern University’s Medill School of Journalism.

Political Outlook & News Of The Day. Nicolle Wallace shares her inside perspective of the political news of the day and offers her candid and insightful thoughts on what’s next for GOP and Democratic parties and leadership. Passionate, funny, and charming, she breaks down what’s going on behind-the-scenes in the White House and on Capitol Hill, the impact of partisanship on politics in DC and nationwide, and how technology and social media are changing the political landscape. Through fascinating stories from her time in the White House, on the campaign trail with Sarah Palin, and at MSNBC and ABC studios, Wallace has her finger on the pulse of the Beltway and gives audiences the rundown they need to stay in the know.

Women In Politics. Nicolle Wallace saw and experienced firsthand how women are perceived in politics. From stereotypes and more aggressive scrutiny on the campaign trail to comparing the reception of female leaders like Sarah Palin and Hillary Clinton to that of their male counterparts, Nicolle looks at the unique challenges female leaders face. She also shares insights on what it will take for America to finally get its first female president—and how that will change the country for the better.

Nicolle Wallace’s Road From the White House to 30 Rock