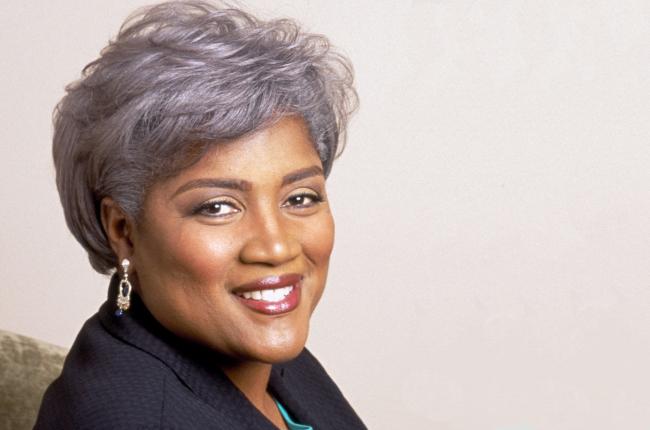 Veteran political strategist Donna Brazile has twice served as the interim Chair of the Democratic National Committee (DNC). She is the author of the New York Times bestseller Hacks: The Inside Story of the Break-Ins and Breakdowns That Put Donald Trump in the White House and the 2004 best-selling memoir Cooking with Grease: Stirring the Pots in American Politics. She is a co-author of For Colored Girls Who Have Considered Politics, which won the 2019 NAACP Image Award for Outstanding Literary Work, Nonfiction. Brazile is also the founder and director of Brazile & Associates LLC, a general consulting, grassroots advocacy, and training firm.

Ms. Brazile has devoted her life to working for progressive change, responsible governance, and the advancement of all people in a society that is fair and equitable. Brazile first got involved in politics at the age of nine when she worked to elect a City Council candidate who had promised to build a playground in her neighborhood; the candidate won, the playground was built, and a lifelong passion for political progress was ignited. Ms. Brazile has worked on every major presidential campaign since 1976 and in 2000 she became the first Black woman to serve as the manager of a major party presidential campaign, running the campaign of former Vice President Al Gore.

Ms. Brazile and former RNC chair, Michael Steele, were recently appointed by the Bipartisan Policy Center to lead its Election Legitimacy Initiative, a collaboration with public and private sector partners to undertake a nationwide public education campaign to help voters understand their rights, identify nefarious misinformation, help them register, cast ballots, and make sure their votes are accurately counted. Outreach will take place in local and national media outlets through PSAs, podcasts, webinars, and other shareable tools and content.

She loves working with young people, encouraging them to vote, to run for office, and to work within the system to strengthen it. She has lectured at over 225 colleges and universities on such topics as: Inspiring Civility in American Politics, Why Diversity Matters, and Women in American Politics.

O, The Oprah Magazine chose Ms. Brazile as one of its 20 "Remarkable Visionaries” for the magazine’s first-ever O Power List. In addition, she was named among the 100 Most Powerful Women by Washingtonian magazine, Top 50 Women in America by Essence magazine, and received the Congressional Black Caucus Foundation’s highest award for political achievement. In 2016, Ms. Brazile was awarded Wonk of the Year from the Kennedy Political Union at American University. In March 2018, Black Enterprise awarded her with the Barbara Graves Legacy Award.

Ms. Brazile is currently an ABC News Contributor and was formerly a contributor to FOX News and CNN. She was the recipient of a Daytime Emmy Award for Outstanding Daytime Program, Good Morning America (2016-2017) and has been a prolific writer with her articles being published in nearly every major newspaper. Ms. Brazile moonlights as an actress and is especially honored to have made appearances on CBS’ The Good Wife, Netflix’s House of Cards, and BET's Being Mary Jane. Ask her and she’ll tell you that acting, after all, is the key to success in politics. 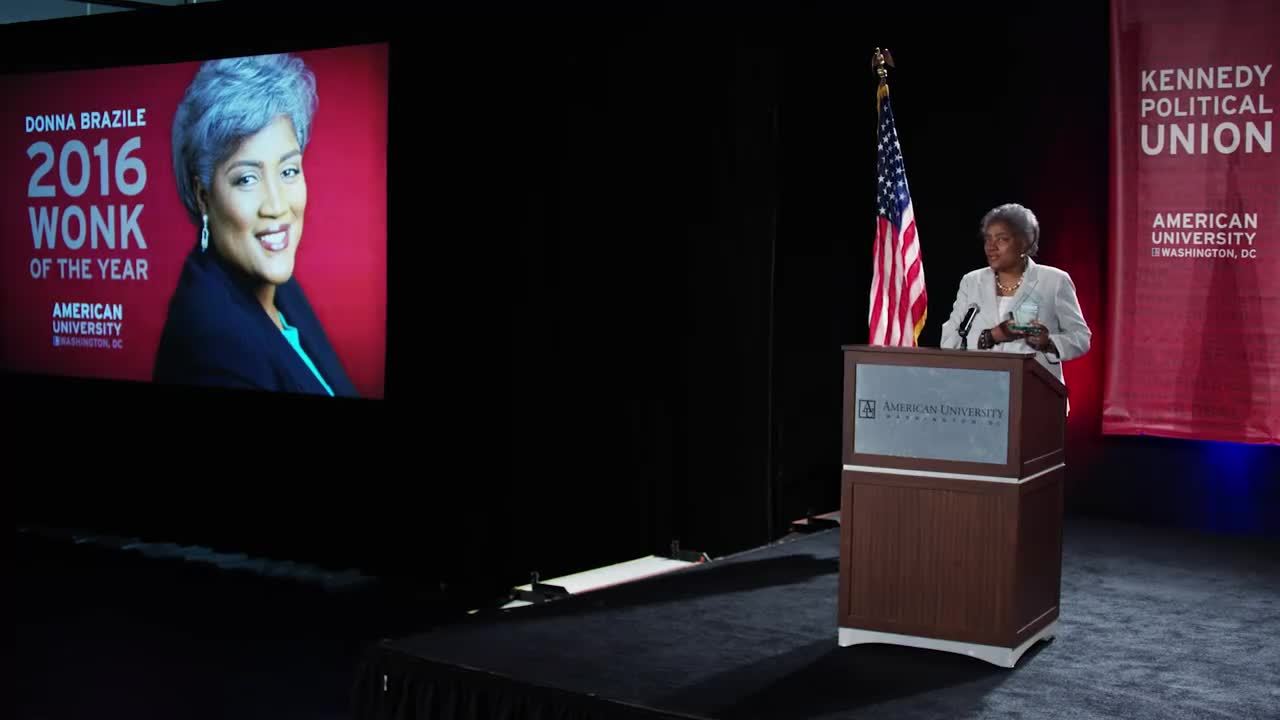 Political Perspective. Veteran political strategist, Donna Brazile, delivers an in-depth look at the current Administration, the state of the current Congress, and the country’s political landscape. She analyses the hot political topics of the day, using behind-the-scenes insight gained from her days on the campaign trail and working alongside some of the biggest names in Washington. Brazile’s balanced scrutiny of politics and current events, from the view-point of a media veteran, gives audiences an entertaining and edifying experience they won’t soon forget.

Passion for Politics. Donna Brazile weaves together a captivating political narrative drawing on anecdotal stories from her decades work in Washington. Recalling moments working on every presidential campaign since 1984, heading the Gore-Lieberman campaign, serving as chief of staff and press secretary to Congresswoman Eleanor Holmes Norton (D-DC), serving as interim chair of the Democratic National Committee, and working as top Democratic political strategist, Brazile offers a comprehensive picture of the political environment, and gives an original perspective on the trends shaping and driving the mood of the country.

Diversity and Inclusion: Expanding the Circle of Opportunity and Why it Matters. Donna Brazile was the first African American woman to manage a presidential campaign and is known for her work promoting diversity. An expert on political and socio-economic issues, she sits on the board of the Professional Diversity Network and looks at why expanding the circle of opportunity for minorities helps everyone succeed and how diversity is the key to success both in the board room and in Washington, DC.

CNN cuts ties with Donna Brazile, freeing her up for DNC job

Hacks: The Inside Story of the Break-ins and Breakdowns That Put Donald Trump in the White House

Cooking with Grease: Stirring the Pots in American Politics