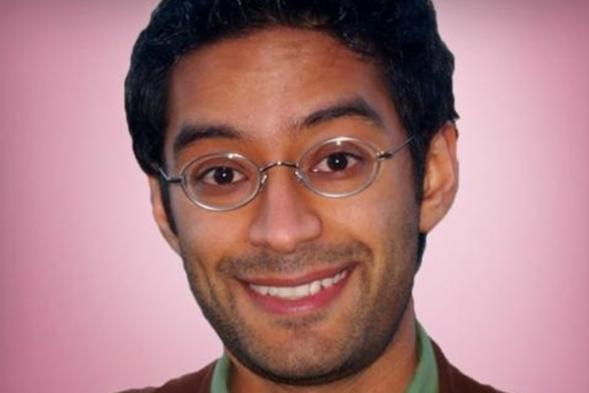 Farhad Manjoo is a leading and influential Silicon Valley voice and an opinion writer for The New York Times. In this role, they cover a variety of topics spanning technology, culture, politics, and more. They previously served as writer of the Times’ “State of the Art” column after the departure of Yahoo Tech founder David Pogue. In that role, Manjoo reviewed the latest devices and innovations in addition to a wide variety of tech-related topics including the emergence of new media, Silicon Valley and start-up culture, and the ways in which politics, society, and business are being shaped by the rapid emergence of new technologies. Formerly a columnist with The Wall Street Journal and Slate and a tech news writer for Wired, Manjoo has been covering technology since the last dot-com boom, closely following the rise and occasional fall of the sector’s biggest names. Exclusively represented by Leading Authorities speakers bureau, Manjoo discusses impending disruptions, the future of how we live and work, and what these changes will mean for specific industries.

In addition to their writing and reporting, Manjoo co-hosts the tech podcast “The Jay & Farhad Show” with CNBC executive editor Jay Yarow and frequently hosts panel discussions at tech conferences including SXSW and CES, where they have interviewed tech CEOs and influencers including Slack CEO Stewart Butterfield. Manjoo is also the author of True Enough: Learning to Live in a Post-Fact Society, which examines the emergence of “fact-free spin and propaganda” on the internet as well as a forthcoming book based on a prior cover story about tech giants Apple, Google, Facebook, and Amazon.

Born in South Africa, Manjoo has a degree from Cornell University, where they were editor-in-chief of the student newspaper.

How can we rebuild a more resilient America?

What has the coronavirus taught us about hidden fragility in American business and society. The American fight against the virus has been plagued with an alarming lack of equipment — hospitals can’t find protective gear, supplies for testing, ventilators and perhaps even medicine. Meanwhile supermarkets are running out of basic food supplies, and let’s not even mention toilet paper. Covid-19  has uncovered hidden dangers in the globalized supply chain, but there’s a bigger lesson that corporations and the country should learn from the coronavirus shortages. Those lessons involve preparedness and a capacity to project and understand coming crises, whether they’re financial, political or natural. I’ll discuss the virus’s overarching, urgent message for the country: Resiliency. How did America find itself so brittle? It’s a story years in the making, in which leaders ignored the possibility of the unexpected. Farhad will explain how, in recovering from this plague, we can build a more robust society, and more robust corporations, that can withstand unknown dangers around the corner.

The rise of a virtual paradise: How we discovered that we can have deep, face-to-face meetings without needing to travel.

Until now, one of the paradoxes of the internet was that it had not liberated us from the tyranny of geography. The internet allowed us all to communicate easily over a distance, but in the United States, most economic activity has been getting more concentrated — a handful of cities offered the most job opportunities, and that led to a cascade of problems: skyrocketing housing prices in coastal metros (San Francisco, New York, LA, DC) while other parts of the country remained stuck.

But the quick move to remote work in the face of a pandemic jump started a new way of life. Farhad will explain how, if we stick to this life after the virus, big changes could be afoot — companies allowing people to work remotely will open up new metros for economic activity, will reduce traffic, will create new housing stocks, and will also make life and work more livable. The future is remote; it took a virus to prove it to us.

State of the Art: The Intersection of Technology & Society.

Farhad Manjoo is a tireless reporter plugged in not only to the development of the latest tech trends, but also the ways they alter humanity in the short and long run. Manjoo’s speeches evaluate how the digital revolution has and will affect American lifestyles, relationships, businesses, and political institutions, sharing with audiences what matters now—and what’s coming.

How The Internet Is Loosening Our Grip On Reality.

Democratic nations rest on a shared understanding of truth. But technology is altering that understanding, and suddenly threatening democratic ideas across the globe.

For much of the world, this problem—how Facebook and other modern news technologies spread “fake news” and plant us into ever-deeper echo chambers—has only become an obsession recently. Manjoo has been thinking about the issue for more than a decade. In 2008, they wrote the book on the subject: “True Enough: Learning to Live in a Post-Fact Society,” which argues that modern information technologies are exploiting well-known human psychological biases to effectively push different parts of the world into their own information bubbles.

In their hour-long talk on the subject, Manjoo provides an engaging history of the transformation of media. Examining research from psychology and economics, they provide a full picture of how smartphones, social networks and a multiplicity of information sources are altering democratic norms. And they explain how professionals whose mission involves facts—pretty much everyone—can spot fakery, truthiness and efforts to distract from accurate information online.

The technology industry has long had an attachment to kids in the garage who change everything. Consider Steve Jobs and Steve Wozniak, Bill Gates and Paul Allen, Sergey Brin and Larry Page. These are the heroes of the tech industry—the visionaries who pushed against boundaries to bring forth new companies that altered the world.

But something has changed in tech. The upstarts are no longer the center of the universe. It’s the big guys who’ve taken over: Apple, Amazon, Google, Facebook, and Microsoft have all amassed so much power over the technology business and much of the rest of the global economy that they have become essentially indomitable. They’re the Frightful Five, the handful of companies who are now collectively deciding the fate of most of the rest of American industry.

Manjoo, who is writing about book about the Five, provides an in-depth look at their technological, cultural and economic strengths and weaknesses. Manjoo report on how they work; on their leaders, and what makes them tick; and what each of them is good at, bad at, and bent on achieving in the next two decades.

For Two Months, I Got My News From Print Newspapers. Here’s What I Learned.

For Two Months, I Got My News From Print Newspapers. Here’s What I Learned.

Farhad Manjoo: How Technology Has Failed to Improve Your Airline Experience

I Ignored Trump News for a Week. Here’s What I Learned.

True Enough: Learning to Live in a Post-Fact Society