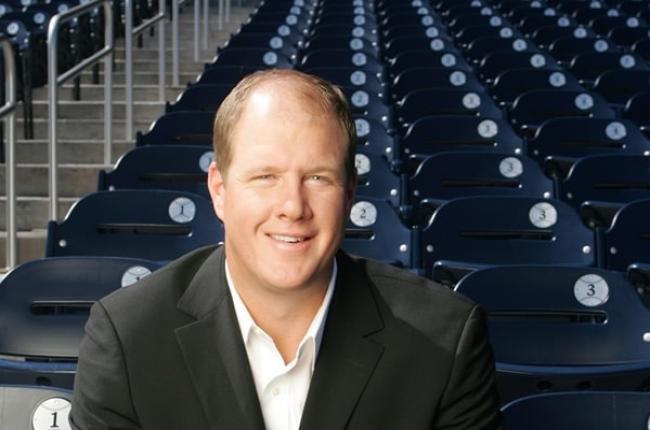 Jim Abbott has battled the odds his entire life. Despite being born with only one hand he was only the 15th player to make his professional debut in the Major Leagues, in that 1989 season he won more games as a rookie than any other previous player without Major League experience. What prepared the 6-3 left hander for this type of success?

Abbott graduated from Michigan’s Flint Central High School in 1985 and decided to bypass an opportunity to sign professionally with the Toronto Blue Jays, electing instead to attend the University of Michigan. Abbott led the Wolverines to Big Ten titles in his freshmen and junior years and won the prestigious Golden Spikes Award, presented annually to the outstanding college baseball player in the .

Abbott participated in the 1988 Summer Olympic Games, pitching a complete game seven hitter, leading the to the Gold Medal in a 5-3 victory over . The first ever, gold medal in Olympic Baseball competition. He then joined the California Angels following the Olympics, beginning a tremendous Major League career, which included throwing a no-hitter for the New York Yankees at Yankee Stadium in 1993.

His baseball achievements include the Sullivan Award (best amateur athlete in the ), male athlete of the year for the 1988 Olympic Games, and many awards at including the Jesse Owens Athlete of the year. But the awards that best define Jim Abbott would be those that exemplify courage and overcoming adversity. March of Dimes Athlete of the Year (twice) Academy Awards of Sports, Courage Award 1991 Victory Award recipient at the Kennedy Center Washington D.C.  Freedom Forum’s Free Spirit Award

He is an inspiration to all that meet him or have followed his career. More than his no-hitter, his 13 strike out game, a 7 game winning streak, overcoming an 11 game losing streak, Jim Abbott became a great baseball player and a great person. He learned to overcome adversity and be an inspiration to those around him.

Jim Abbott was born with one hand but a very large heart!

Misfortune as a Gift

Misfortune as a Gift

A.D.A.P.T.—Overcoming Challenges. Former Major League Baseball pitcher, Jim Abbott, was born with only one hand, but he adapted to his situation and overcame adversity, eventually going on to become a Major League Baseball pitcher. Abbott knows that to continue to move towards our goals, we must be willing to adapt, to change, and to mold ourselves in order to meet the obstacles in our own way.

Using A.D.A.P.T. (Adjustability, Determination, Accountability, Perseverance, Trust) as an acronym, Abbott strings together a powerful set of words that provide a framework with five incredible strategies to help audiences reach their fullest potential. Audiences will walk away inspired, motivated, and ready to ADAPT to any challenge that stands in their way.

Bonner Paddock Rinn
Adventurer and Founder of the OM Foundation