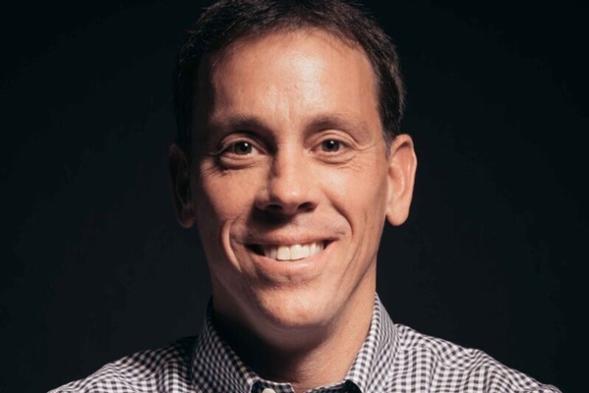 Jim VandeHei is a media entrepreneur and expert on American politics. He is the co-founder and CEO of Axios, a disruptive media company delivering news and insights on politics, business, media and tech. The company, whose name means “worthy” in Greek, specializes in high-quality news and analysis easily shared among the country's most influential readers and across social platforms. As CEO, VandeHei aims to radically overhaul the traditional media business with a forward-thinking approach to the way viewers consume news in the 21st century. This approach is chronicled in VandeHei’s book Smart Brevity: Saying More with Less, which he co-authored alongside Axios co-founder, Mike Allen. In the book, VandeHei and Allen share transformative communications methods for punching through the noise to get people to pay attention to what matters most. Their Smart Brevity approach was pivotal to Axios becoming a powerhouse media property in just five years, leading to a $525 million acquisition by Cox Enterprises. VandeHei was also the co-creator and executive producer of Axios on HBO, a documentary news series that ran for four seasons, profiling the world’s top leaders and covering the most consequential topics of the day. The series fused the Smart Brevity of Axios’ digital reporting with cinematic, documentary storytelling.

In addition to starting Axios, VandeHei was the co-founder and former CEO of POLITICO, the digital media company that upended and revolutionized political and policy journalism in Washington, New York, and Europe. Called a “media phenomenon” by Washingtonian, the all-politics-all-the-time site has been a smashing success since its 2006 launch. In his nine years at the publication’s helm, VandeHei was a chief architect of both the site’s editorial and business models. Under his leadership, POLITICO expanded into New York and Europe, where it was recently named the most influential publication on the continent for top government officials.

In presentations, VandeHei offers a dynamic, panoramic take on politics, policy, and the art of navigating the modern media madness, and his unique, insightful perspective flows from covering the presidency, campaigns, and Congress for two decades. Exclusively represented by Leading Authorities speakers bureau, he combines the expertise of an on-the-beat political reporter with the entrepreneurial savvy of the man who started two media companies to shine light on what makes the powerful really tick. With a candid, close-up view of what really happens in Washington politics and governance, VandeHei brings a frontline journalist’s insight and insider knowledge to every speech. He is better positioned than virtually anyone else to pull back the curtain and address what audiences really need to know about the White House, Congress, politics, and the media.

Accolades. In 2017, Vanity Fair named VandeHei to its “New Establishment List,” the magazine’s annual compilation of industry titans, and Entrepreneur magazine named him one of the year’s “50 Most Daring Entrepreneurs.” Vanity Fair also formerly listed him among the 100 most powerful “Information Age” thinkers for helping to create “the model for the new media success story.” In 2015, VandeHei and POLITICO co-founder John F. Harris were named the 2015 Editors of the Year by the National Press Foundation. VandeHei was also selected as the first representative of a primarily online news organization to serve on the Pulitzer Board.

The Real News in Real Time. At POLITICO, VandeHei directed the editorial coverage of the largest White House and Congressional teams in the country, and he co-moderated two presidential debates in 2008, including the first debate to incorporate questions voted on by a live online audience.

Before founding POLITICO, VandeHei spent more than a decade covering the power politics of Washington. He cut his teeth at Roll Call, where he routinely broke exclusive national stories. He moved to the Wall Street Journal in the late 1990s, and then the Washington Post in 2002.

His expertise in a variety of areas — Congress, the White House, campaigns, lobbying, policy, and media — allows VandeHei to tailor his speeches to the specific needs and interests of his audience. 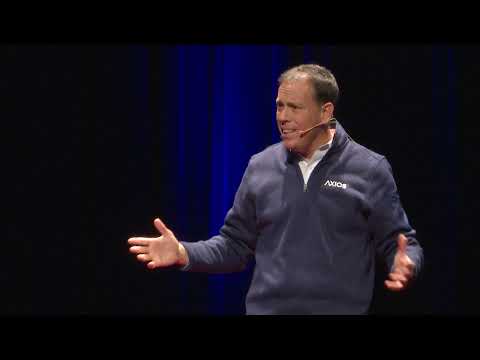 Axios Briefings on Today’s Issues. Connect with your members, customers, or board in real-time and interact with some of today’s foremost experts. If you're looking to relay the most up-to-date information to an audience, Axios co-founders Jim VandeHei and Mike Allen deliver compelling briefings on the current political climate and the ever-evolving world of work. Choose one of the following sessions:

Smart Brevity: The Power of Saying More with Less. One of the key components to Axios quickly becoming a powerhouse media company is “Smart Brevity,” the transformative approach for punching through the noise to get people to pay attention to what matters most in your message. In this talk, Axios co-founder Jim VandeHei shares powerful communications lessons from his decades of experience in media, business, and communications, while providing the essential outline for how Smart Brevity can be implemented into any message in a concise and visual format to elevate its impact.

Up-to-the-Minute Politics. Jim VandeHei takes audiences on a full tour of the complex political issues facing America today. As an accomplished former reporter, editor, and founder of POLITICO and Axios, he analyzes the key figures in the White House and Congress, explaining the political background and the goings-on behind the scenes. With a new political reality in Washington, VandeHei gives an engaging, precise, and often humorous take on the decisions of the political newsmakers. Providing up-to-the-minute detail and an insider’s look into the White House, VandeHei discusses the key trends shaping Washington.

Winning the War for Attention. In an age of communications chaos, Jim VandeHei co-founder first of POLITICO, and now Axios — has tales and tips from their success in creating and scaling two disruptive businesses in this hyper-competitive environment.

The Axios Way: How to Thrive in an Era of Chaos & Disruption. Jim VandeHei, the founder of two of the decade's hottest new media companies — Politico and Axios — shares his unique insights on how all business leaders and companies can successfully turn the threats of social media, new technologies, and rapidly changing politics into core strengths for any organization. Jim's theory is simple: the world has changed quicker than most people can comprehend or master. The trick is quickly understanding three things: the complexities of modern media, with huge audiences living in wildly different ecosystems present new threats and opportunities; the growing life-and-death threat from robotics and new technologies that requires new ways of thinking about talent, culture, and strategic planning; and the new pressures on all leaders and companies to be aware of, and often increasingly involved in, social causes and politics. VandeHei, a reporter turned founder/CEO, offers real-time tactical tips and insights for winning in this era of chaos & disruption. Bonus: his company is one of the most wired media entities in the world, so he always comes armed with gossip and news about the most powerful people in business, politics, the media and technology.

An Innovator’s Playbook: How to Get Ahead in a Time of Rapid Change. How people consume and disseminate information is changing at an unfathomably quick pace — disrupting businesses. politics as we know it, and the economy and culture. Understanding these trends is essential to navigating life, growth and innovation. Jim VandeHei brings frontline expertise in understanding and mastering the new media ecosystem and how to succeed in a rapidly changing environment. Called one of the most powerful thinkers in the Information Age by Vanity Fair, after co-founding POLITICO and now the successful digital news site Axios, VandeHei provides vital insights into the changing face of business and offers invaluable lessons for rethinking how you communicate and win in this new tech-driven world. 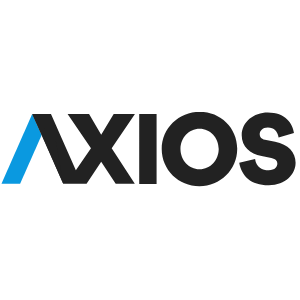 Axios agrees to sell to Cox Enterprises for $525 million

Jim VandeHei's Mystery Venture is a Mystery No More

Bring on a Third-Party Candidate

In Wisconsin the 2010 Campaign Story Distilled

It was a pleasure speaking with you this morning. As I mentioned, we absolutely loved having Jim – he may have been our best speaker to date, and his ratings were the highest of our meeting for sure.

Everyone loved Jim today. I have had many people say that he was the best speaker we have ever had! Seriously. And guess what - I agree! Please thank him for me and pass along my quick comment.