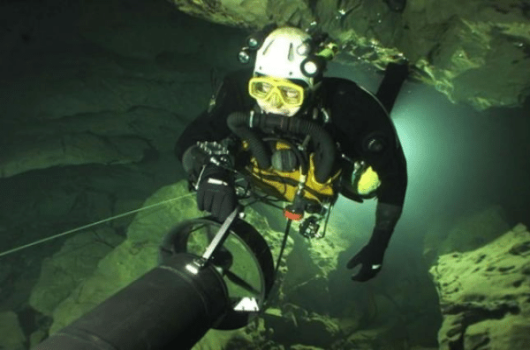 John Volanthen is a world record-holding British cave diver who has been involved in cave exploration and rescue for more than two decades. He began caving at the age of 14 and has been at the forefront of cave exploration since. In 2018, he played a key role in the Tham Luang Thailand cave rescue and was named one of TIME magazine’s “Heroes of the Year.” The courageous mission was chronicled in the National Geographic documentary The Rescue, as well as the book Thirteen Lessons That Saved Thirteen Lives: The Thai Cave Rescue and the critically acclaimed Hollywood film, Thirteen Lives, in which Volanthen is played by Colin Farrell.

Volanthen has been involved in exploring and mapping caves throughout the world, often with dive partner Rick Stanton. Volanthen and Stanton attended the Tham Luang incident in Thailand, where the duo were able to locate the missing children — something not even special forces were able to do. They then planned and executed their successful rescue, leading the team two-and-a-half kilometers through the flooded caves. A video of Volanthen and Stanton making initial contact with the team has since gone viral globally. Exclusively represented by Leading Authorities speakers bureau, Volanthen takes his audiences on an unforgettable journey deep into the Tham Luang caves of Thailand as he shares lessons that are key to performing in high-pressure situations and reveals how those principles can be applied by any organization working toward its goals.

In 2004, Volanthen and Stanton set a British record for greatest depth achieved in a British cave, cave diving 76 meters (249 feet) at Wookey Hole in Somerset. Additionally, in 2011, Volanthen, set a world record for longest cave penetration dive, over 10 kilometers in the Pozo Azul cave system in northern Spain, involving a multi-day operation.

Volanthen has designed and built diving equipment for 20 years, adapting units commercially available, and building other equipment to meet the unique requirements of individual caves. Problem solving and ‘out of the box’ thinking have been pivotal to his success.

In addition to Tham Luang, John has been involved in a number of other search, rescue, and recovery incidents around the world and has been awarded the George Medal for bravery. He is one of only two people to have been awarded Bronze, Silver and Gold medals by the Royal Humane society for his efforts. 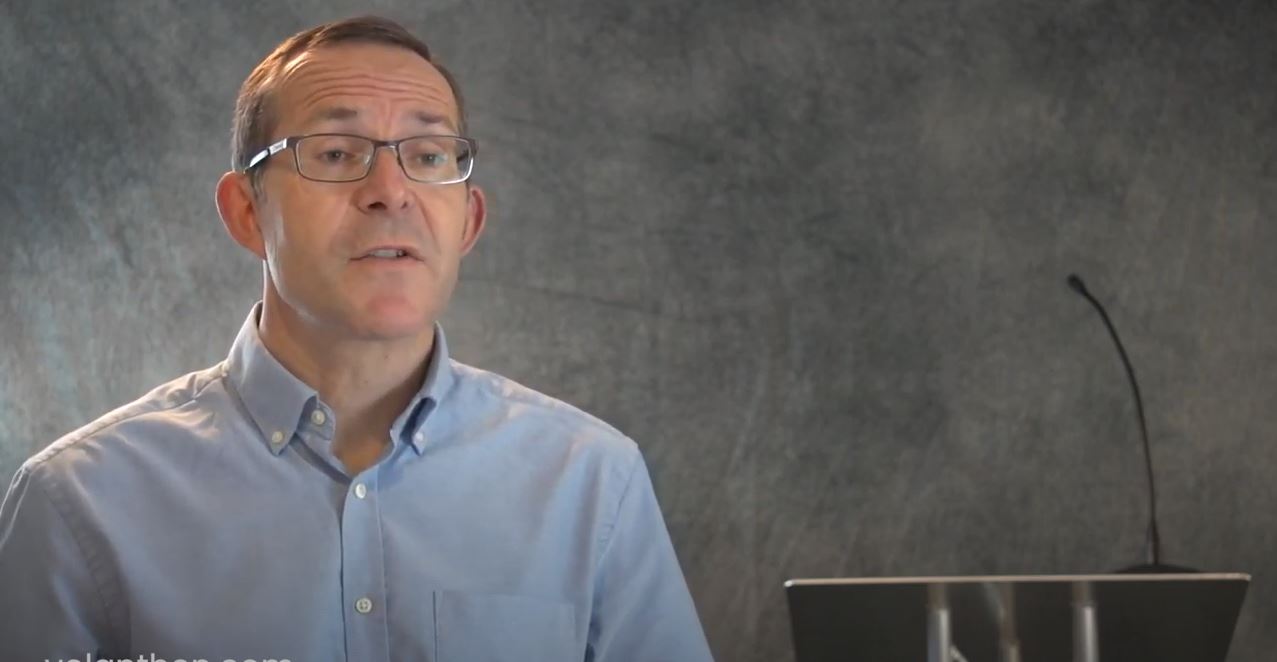 Managing risk — Keeping Calm in a Crisis. Volanthen takes his audiences on a remarkable and unforgettable journey, deep into the Tham Luang caves of Thailand where he and his diving partner finally located the missing young soccer team and their coach in the summer of 2018. Volanthen’s gripping multimedia presentation follows the process the divers took to search for, find and help guide the boys to safety in a complex rescue that many believed would end in tragedy. Drawing on his thirty years of civilian cave exploration, diving, and rescue work, he shares the lessons that are key to performing under high-pressure and amid great uncertainty. Lessons he believes anyone can learn to lead with calm, focus, and certainty in any situation.

Diving Deeper Into Business. Volanthen firmly believes that the passion and skills developed for cave exploration and rescue directly translate to business. Having founded and exited two IT businesses, he has successfully applied skills more often used in challenging underground environments to create high-performing workplaces. Offering sobering tales from underwater exploration and rescue, Volanthen draws parallels between cave diving and business environments, showing how to remain calm under pressure, make good decisions and work steadily toward goals, even in seemingly impossible situations. Perfect for audiences seeking inspiration, with a good dose of practical advice and realism.

Harnessing Teamwork and Trust. From cave rescue missions to meeting business goals, teamwork is a critical element to countless endeavours. Using anecdotes from decades of cave diving experience, Volanthen explains how skilled individuals can be brought together to achieve what may appear impossible. Through the lens of the Thai cave rescue Volanthen provides an emotive story of the rescue of 13 trapped youths, detailing how teamwork and collaboration can cross cultural and national boundaries to yield spectacular results. Covering core topics such as trust, negotiation, leadership and influencing, as well as touching on self-care and team welfare, Volanthen explains how lessons learned in the harsh underground environment translate directly to improved business and team performance.

‘The Rescue’ is a solid, suspenseful nonfiction retelling of the 2018 Thai cave rescue

From Cave Divers To A Fearless Flier, Here Are the Heroes of 2018

John was amazing. He blew everyone away and had everyone the edge of their seats, people spoke about his session for the rest of the day. His approach and character are amazing and that really came through in the session

In terms of John’s presence, he's absolutely fantastic. He brought his story in the most serene way, perfect for the purpose of what we had in mind, and nicely playing into perseverance and creativity. I strongly recommend John to any other event organizer – his added value is tremendous, in any format, to any audience

Tears as I listened to you talk, John.  And I don't cry when I'm sad, I cry when something touches my soul.  I'm sure you and your team touched the souls of many, not the least of which were the boys’ and their families

What a way to end conference! John was amazing, so inspirational, and an absolute pleasure to have as our conference keynote.

Something that really stuck with us was hearing a firsthand account from John Volanthen of Tham Luang cave rescue in Thailand. His talk on resilience, trust, and teamwork was nothing short of incredible. Managing stress, staying positive and working effectively with a team are all things we can relate to our day to day working, it was truly inspiring hearing him share the lessons he has learned through his experiences.

We’d like to express our gratitude to the incredible John Volanthen for his inspiring (and harrowing) first-hand account of the Thai Cave Rescue and for coming and spending the morning signing copies of his book “Thirteen Lives.” If you have not read this book or watched the recent Hollywood adaptation (starring Colin Farrell as John himself!) we implore you to immediately – Thank you John. 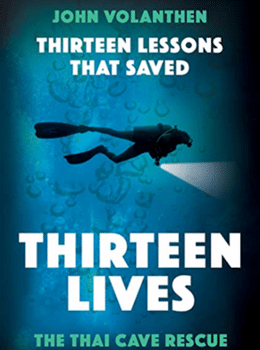