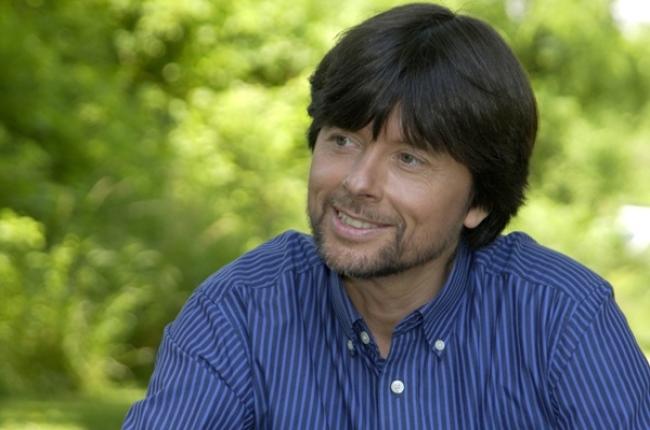 Ken Burns is a celebrated American documentary filmmaker of the 1980's and 1990's who gradually amassed a considerable reputation and a devoted audience with a series of reassuringly traditional meditations on Americana. Burns' works are treasure troves of archival materials: He skillfully utilizes period music and footage, photographs, periodicals, and ordinary people's correspondence, the latter often movingly read by seasoned professional actors in a deliberate attempt to get away from a "Great Man" approach to history.

Like most non-fiction filmmakers, Burns wears many hats on his projects, variously serving as a writer, cinematographer, editor, and music director in addition to producing and directing. He achieved his apotheosis with PBS' The Civil War (1990), a phenomenally popular 11-hour documentary that won two Emmys and broke all previous ratings records for public TV. The series' companion coffee table book--priced at a hefty $50--sold more than 700,000 copies. The audio version, narrated by Burns, was also a major best-seller. In the final accounting, The Civil War, became the first documentary to gross over $100 million. Not surprisingly, it has become perennial fundraising programming for public TV stations around the country.

Ken Burns arrived upon the scene with the Oscar-nominate Brooklyn Bridge (1981), a nostalgic chronicle of the construction of the fabled edifice. The film was more widely seen when rebroadcast on PBS the following year. Though Burns has made other nonfiction films for theatrical release, notably an acclaimed and ambiguous portrait of Depression-era Louisiana governor Huey Long (1985), PBS would prove to be his true home. He cast a probing eye on such American subjects as The Statue of Liberty (PBS, 1985), The Congress, painter Thomas Hart Benton (both PBS, 1989) and early radio with Empire of the Air: The Men Who Made Radio (PBS, 1992).

Ken Burns returned to longform documentary with his most ambitious project to date, an 18-hour history of Baseball which aired on PBS in the fall of 1994. He approached the national pastime as a template for understanding changes in modern American society. Ironically, this was the only baseball on the air at the time as the players and owners were embroiled in a bitter strike at the time.

This powerful, moving speech digs deep into the history and meaning of country music.  It’s all here:  its greatest stars and the words and music that touch on universal human experiences. (Clip(s) optional.)

A History of the World (The Vietnam War)

Burns tries to make sense of the most important and most consequential event in American History since World War II. Here competing viewpoints and perspectives are balanced to give us a chance to finally come to terms with this important conflict. (Clip(s) optional.)

The Rising Road (The Roosevelts: An Intimate History)

A detailed and intimate look at three hugely influential, but deeply flawed and wounded people, who are Theodore Roosevelt, Franklin Delano Roosevelt and Eleanor Roosevelt—their lives, but also their times. (Clip(s) optional.)

Burns discusses the great gift of our national parks.  Here both “the immensity and the intimacy of time” merge, as we appreciate what the parks have added to our collective and individual spirit.  (Begins with 13-minute clip - intro to the film.)

Ken Burns reminds the audience of the timeless lessons of history, and the enduring greatness and importance of the United States in the course of human events.  Incorporating The Civil War, Baseball and Jazz, Burns engages and celebrates what we share in common.  (No clip.)

No Ordinary Lives (The War)

Drawing on some of Lincoln's most stirring words as inspiration, this speech engages the paradox of war by following the powerful themes in two of Ken Burns's best known works--"The Civil War", his epic retelling of the most important event in American history, and "The War", his intensely moving story of WWII told through the experiences of so-called ordinary people from four geographically distributed American towns.  (Begins with Norah Jones 5-minute “American Anthem” montage clip from the film.)

The Civil War continues to be the most important event in American history.  In this eloquent address, Burns paints both an intimate and bird’s-eye view of the searing events of the years 1861 through 1865 and the war’s profound relevance to us today.  (Clip optional: 12:35 TRT intro to the film if requested.)

This combines the biographies of some of Ken’s most fascinating subjects, including Thomas Jefferson, Lewis and Clark, Frank Lloyd Wright, Elizabeth Cady Stanton and Susan B. Anthony, and Mark Twain.  He shares how biography works, and gives insight into the storytelling process.  (No clip(s).)

This is a less formal, Inside-the-Actors-Studio type of event.  Ken responds to questions from moderator on all his films (or film-specific) and issues in history and contemporary American culture.  Audience Q&A to conclude if requested. 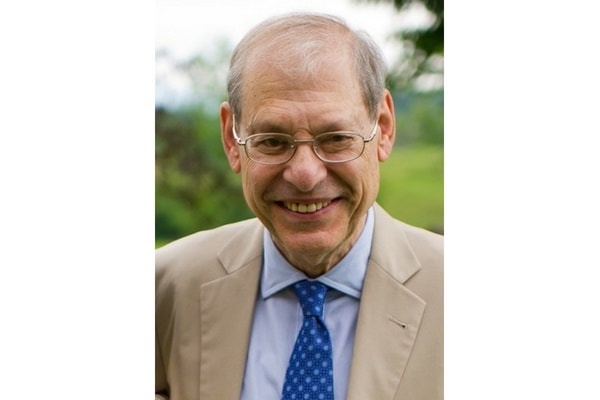