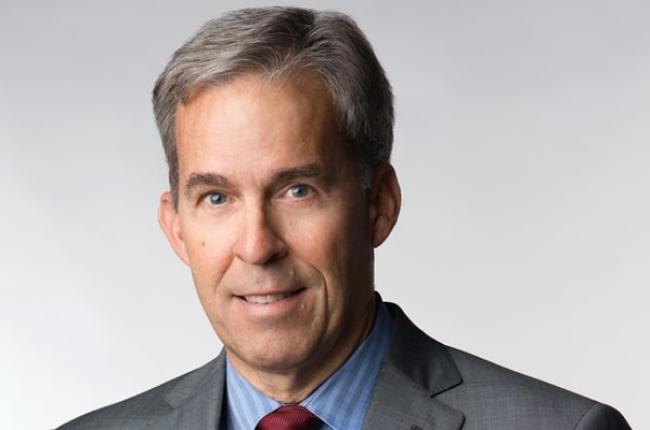 Rick Atkinson is a best-selling author, three-time Pulitzer Prize winner, and former Washington Post journalist. He is the author of the New York Times best-selling May 2019 book The British Are Coming, which is the first of his highly-anticipated Revolution Trilogy. Among many accolades, the book has won the George Washington Prize for the year’s best work on our founding era, the New-York Historical Society’s Barbara and David Zalaznick Book Prize for the year’s best work in American history or biography, and the Daughters of the American Revolution Excellence in American History Book Award. Atkinson’s second volume in the Revolution Trilogy will open in the spring of 1777 and describe events through May 1780, when the American cause suffered a catastrophic defeat at Charleston.

He is also author of the Liberation Trilogy, a narrative history of the liberation of Europe in World War II. The third volume of that series, The Guns at Last Light, quickly became a No. 1 New York Times best-seller in 2013 and was named one of Washington Post’s “Top 10 Books of 2013.” Of it, the paper said, “Atkinson weaves a multitude of tiny details into a tapestry of sublime prose.” Similarly, journalist George Will praised the book as “history written at the level of literature,” while David Ignatius said it “teaches the greatest lesson of all for the present, which is the need for patience and perseverance against obstacles.” Exclusively represented by Leading Authorities speakers bureau, Atkinson shares the lessons military history can teach us about ourselves, one another, and our collective future. A fascinating and gifted story-teller, he brings the past alive in the present day with cautionary tales and accounts of incredible bravery and triumph alike, highlighting the qualities of leaders that make or break empires.

Acclaimed Author and Historian. The first volume of the Liberation Trilogy, An Army at Dawn: The War in North Africa, 1942-1943, received the Pulitzer Prize and was acclaimed by the Wall Street Journal as “the best World War II battle narrative since Cornelius Ryan’s classics The Longest Day and A Bridge Too Far.” The second volume, The Day of Battle: The War in Sicily and Italy, 1943-1944, drew praise from the New York Times as “a triumph of narrative history … elegantly written.” The final volume was received with incredible praise, with The Los Angeles Times calling it “Monumental…A masterpiece of deep reporting and powerful storytelling,” and the Dallas Morning News remarking that “Soon, if not already, Atkinson will show up on the list of giants.”

Atkinson is also the best-selling author of The Long Gray Line, a narrative saga about the West Point class of 1966, and Crusade, a history of the Persian Gulf War. He also wrote In the Company of Soldiers: A Chronicle of Combat, an account of his two months with General David H. Petraeus during the invasion of Iraq in 2003. The New York Times Book Review called the book “the most intimate, vivid, and well-informed account yet published,” and Newsweek cited it as “one of the 10 best books of 2004.” Atkinson is also the lead essayist in Where Valor Rests: Arlington National Cemetery, which was published by National Geographic in 2007.

Awards. Atkinson’s many awards include the 2003 Pulitzer Prize for history; the 1982 Pulitzer Prize for national reporting; and the 1999 Pulitzer Prize for public service, awarded to the Washington Post for a series of investigative articles directed and edited by Atkinson on shootings by the District of Columbia police department. He is winner of the 1989 George Polk Award for national reporting, the 2003 Society for Military History Distinguished Book Award, the 2007 Gerald R. Ford Award for Distinguished Reporting on National Defense, the 2010 Pritzker Military Library Literature Award for Lifetime Achievement in Military Writing, the 2014 Samuel Eliot Morison Prize for lifetime achievement, and the 2015 Peggy V. Helmerich Distinguished Author Award. Atkinson has served as the Gen. Omar N. Bradley Chair of Strategic Leadership at the U.S. Army War College, where he remains an adjunct faculty member.

Successful Journalism Career. Atkinson served as a reporter, foreign correspondent, and senior editor for 25 years at the Washington Post. His most recent assignments were covering the 101st Airborne during the invasion of Iraq, and writing about roadside bombs in Iraq and Afghanistan in 2007. Among other assignments, he served as the Post’s assistant managing editor for investigations as well as the paper’s Berlin bureau chief. In that post he covered not only Germany and NATO, but also spending considerable time in Somalia and Bosnia.

Born in Munich, Germany, Atkinson is the son of a U.S. Army officer and grew up on military posts. He holds a Master of Arts degree in English literature from the University of Chicago and an honorary doctorate from Norwich University. 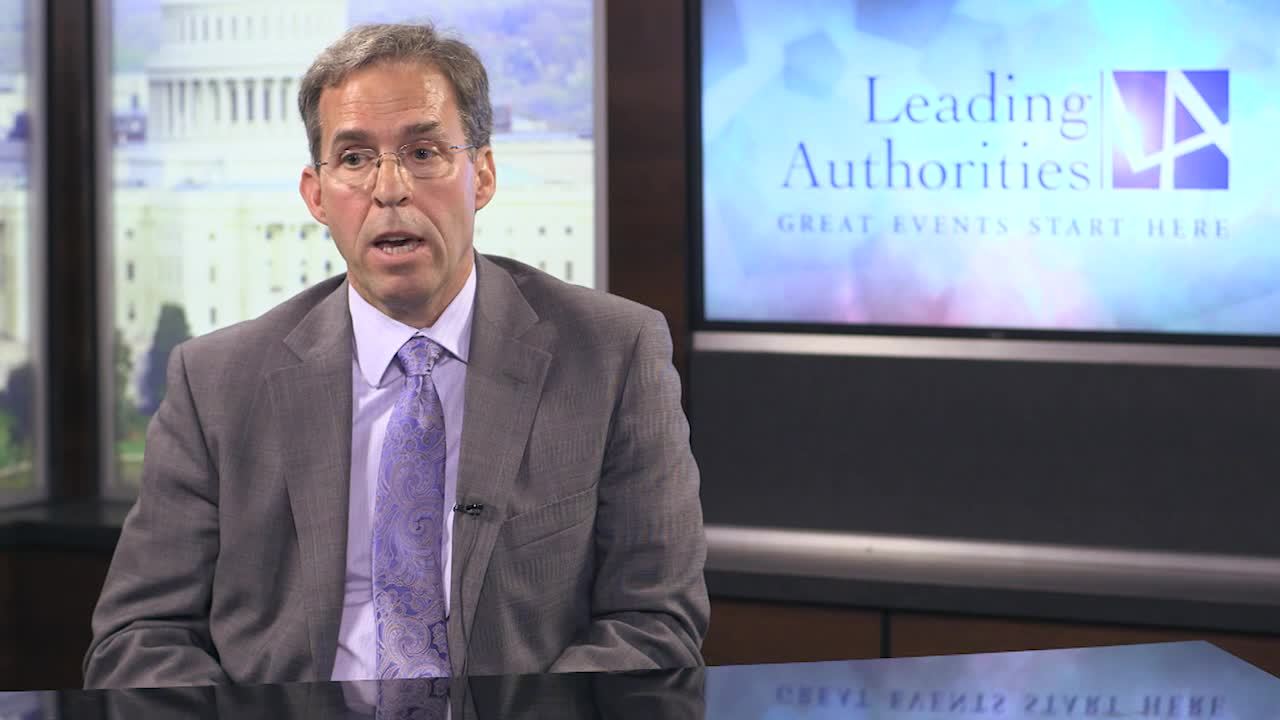 Follow the Leaders: What Our Military History Teaches About Being in Charge. World War II was the greatest political event in the last century, shaping the U.S. socially, economically, and internationally. Rick Atkinson looks at prominent military leaders of this great conflict and discusses what we can learn from their successes and failures as leaders. He focuses on General Eisenhower, assessing the strengths and weaknesses that led to his incredible rise in the military and successful leadership style. Atkinson’s scope as a historian extends beyond WWII, allowing him to share stories of other prominent military leaders like Generals Washington and Petraeus. He shows audiences the commonalities amongst military greats and how they can apply the essential leadership characteristics – like resilience, adaptability, and perseverance – to their own lives and organizations. The stories and examples Atkinson shares are so vivid that audiences feel transported, learning the field-tested lessons as the generals do, and his depth of knowledge and recall for historical facts and figures is incredible.

Ten Things Every American Should Know about World War II. Atkinson is among the most celebrated historians of the Second World War, and his Liberation Trilogy—nearly 15 years in the making—has achieved both critical and popular success. It is what every American should know about the greatest epic of the 20th century. In this presentation, Atkinson shares amazing stories and lessons about WWII while discussing its seminal moments and how the war shaped our modern world, created an American heritage, and led to great social change (especially in gender and race relations), medical advancement, and more.

Bringing Back the Dead: History, Memory, and Writing About War. Atkinson discusses the art and craft of writing military history, why it matters in 21st century America, and how it shapes the way we think of the past and the future.

The British Are Coming. For 3,089 days – more than 8 years – Americans fought Great Britain for their independence in a war that was brutal, bloody, and often savage. What can we learn about ourselves and our country from that ancient quarrel? Rick Atkinson, author of the New York Times bestselling The British Are Coming, explains how this nation was born bickering, how leaders worthy of our enduring admiration rose to the occasion with grit and grace, and how the American Revolution affirms that whatever trials beset us today, we have overcome far greater perils in the past.

Rick Atkinson's World War II Trilogy, a Natural Extension of His Life as a Journalist, Ends With a Bang

I have been working at the Historical Society for 12 years and I’ve never received so many compliments and praise for a lecture and guest speaker in all the years that I’ve been a curator here! Our community loved Rick’s talk very much and they are still calling and emailing us with glowing reviews.

The British Are Coming: The War for America, Lexington to Princeton, 1775-1777 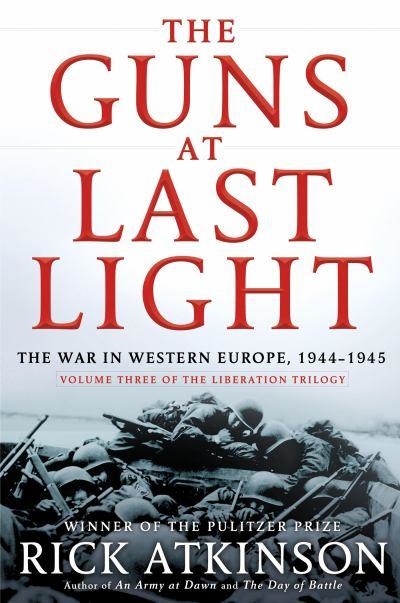 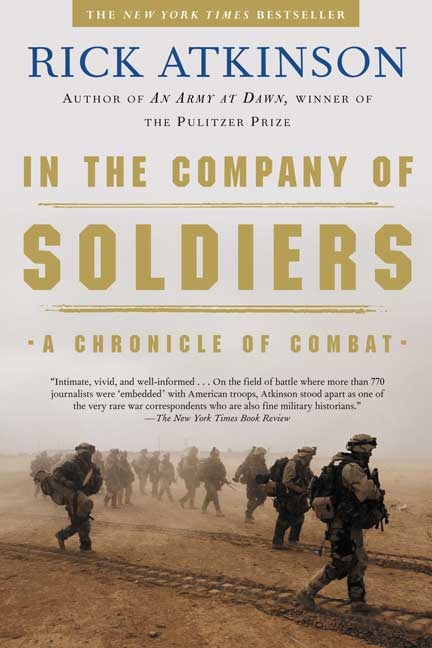 In the Company of Soldiers: A Chronicle of Combat 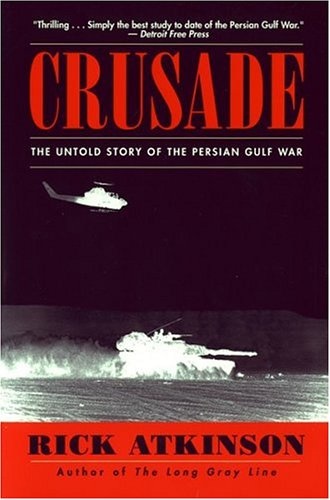 Crusade: The Untold Story of the Persian Gulf War 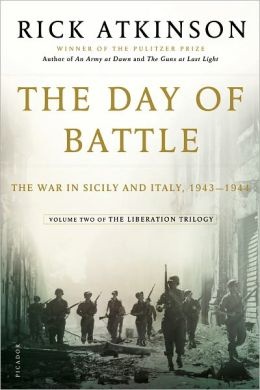 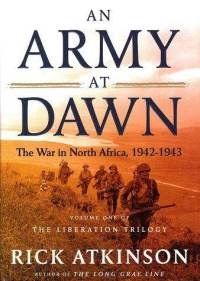 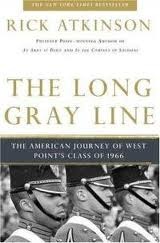 The Long Gray Line: The American Journey of West Point's Class of 1966