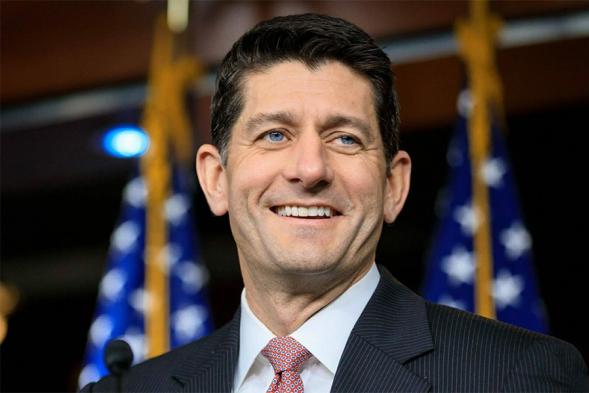 Paul Ryan was the 54th Speaker of the U.S. House of Representatives. In office from October 2015 to January 2019, he was the youngest speaker in nearly 150 years. During his tenure, Ryan spearheaded efforts to reform our nation’s tax code for the first time in a generation, rebuild our national defense, expand domestic energy production, combat the opioid epidemic, reform our criminal justice system, and promote economic opportunity.

Prior to becoming Speaker, he was chairman of the House Ways and Means Committee. As chairman Ryan worked to protect health care choices, advance free trade, and strengthen the economy. Before that, he served as chairman of the House Budget Committee, where he outlined revolutionary blueprints to balance the federal budget and pay off the national debt. In 2012, Ryan was selected to serve as Governor Mitt Romney’s Vice-Presidential nominee. First elected to Congress in 1998 at age 28, Ryan represented the people of Wisconsin’s First Congressional District for two decades.

In 2019, Ryan launched the American Idea Foundation, a non-partisan, not for profit organization that expands economic opportunity by partnering with local organizations and academics to advance evidence-based public policies. In 2020, Ryan was named as the Chairman of the Board of Directors of Executive Network Partnering Corporation and in 2021, he was named as a partner at Solamere Capital.

He is a member of the Board of Directors of the Fox Corporation, of SHINE Medical Technologies, LLC, and of UniversalCIS. Ryan also serves on the Advisory Board of Robert Bosch GmbH and is the vice chairman of Teneo, after previously serving as a senior advisor for the firm. He is also the author of the book The Way Forward: Renewing the American Idea.

Ryan is a Professor of the Practice at the University of Notre Dame and a visiting fellow in the practice of public policy at the American Enterprise Institute. Ryan serves on the Board of Trustees of the Ronald Reagan Presidential Foundation and Institute and on the Board of Directors for the Center for Strategic and International Studies.

Ryan and his wife Janna have three children: Liza, Charlie, and Sam. He holds a degree in economics and political science from Miami University in Ohio and was also awarded an honorary doctorate by the University. 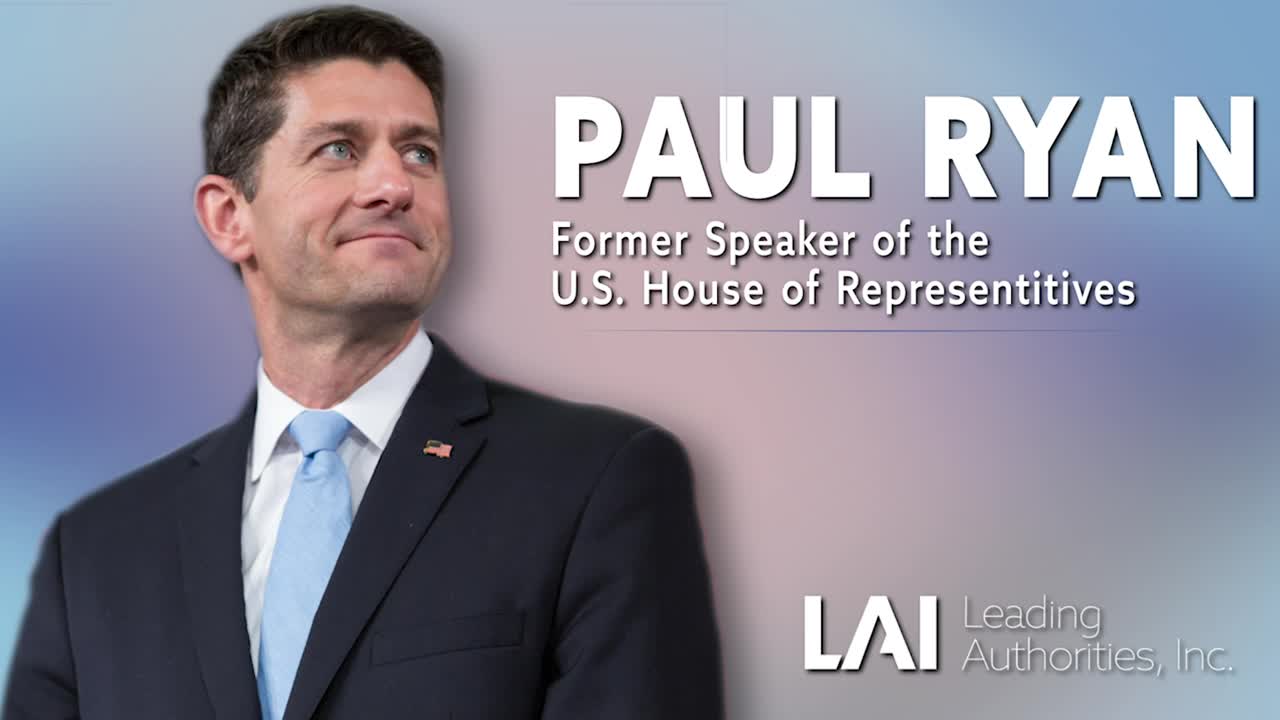 Policy Insight Gleaned From Two Decades In Congress. Throughout his career, Speaker Ryan’s great passion has been policymaking. Whether in a keynote or a fireside chat, Ryan is happy to get into the weeds on big policy ideas and how Congress works, sharing his experiences as a Congressional leader during one of the most turbulent times in our political history. As a leader more interested in substance than sniping, Speaker Ryan addresses the convergence of policy and politics today, and how it has a real impact in people’s lives.

America’s Role On The Global Stage. As the youngest Speaker of the House in 150 years, Ryan brings high-level and recent insights to presentations on a broad range of issues affecting Americans and our place in the global world order—spanning regulation and trade, healthcare, international relations, economic growth and taxes. Here, Speaker Ryan touches upon what’s happening on Capitol Hill and where our country is headed, as well as how our relationships with allies and adversaries may evolve.

The Influence of Policy and Economics in the Current Global Risk Environment. A former Speaker of the House, Paul Ryan possesses unparalleled insights and experience across a wide range of transformative business, economic, policy, and geopolitical issues, and their potential to reshape society. Sharing his expertise, as well as valuable takeaways relevant to the success of any organization or individual, Speaker Ryan provides an easily digestible explanation of the interconnectivity of all the elements in play in the current risk environment. He thoughtfully outlines potential scenarios for how pivotal policy decisions may play out and puts forth practical action steps for developing solutions for tomorrow’s issues, today.

We had all seen Paul Ryan speak on TV countless times, but nothing could have prepared us for how dynamic, engaging, and personable he was on site at our event. He was authentic and talked about current events – nothing about this speech was stock or canned. He was high-energy, easy to work with, didn’t duck a single question during Q&A, and went above and beyond with my members. Our committee gave him very high marks for both his prepared remarks and his Q&A, which is unusual for this group. All in all, he was a home run. Thank you for making our event so memorable!

Paul Ryan was a major hit with our attendees. He was refreshingly candid, insightful, thought-provoking and, at times, funny. I would wholeheartedly recommend him as a keynote speaker for any group that cares deeply about American public policy.

NACDS has had numerous speakers at our events over the years, and Speaker Ryan was one of the best. As Speaker of the House, Chairman of the House Ways and Means Committee, and Chairman of the House Budget Committee, Paul has an astute knowledge and perspective on how government and its policies impact the lives of our fellow citizens and American business. In addition, he spent considerable time with us before his presentation to understand our extraordinarily complicated healthcare issues and the impact they have on the American people and our industry. This made his presentation and the following question-and-answer session very relevant to our attendees. Speaker Ryan may have left government for now, but it is abundantly clear that he continues to explore innovative and creative policies and actions that will serve our nation well.

He was amazing! Thank you so much for making this happen. The people in the room really appreciated hearing from him. He was very forthcoming. 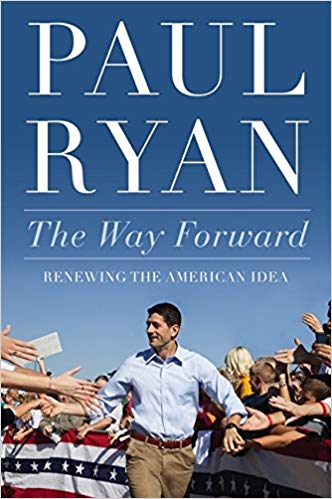