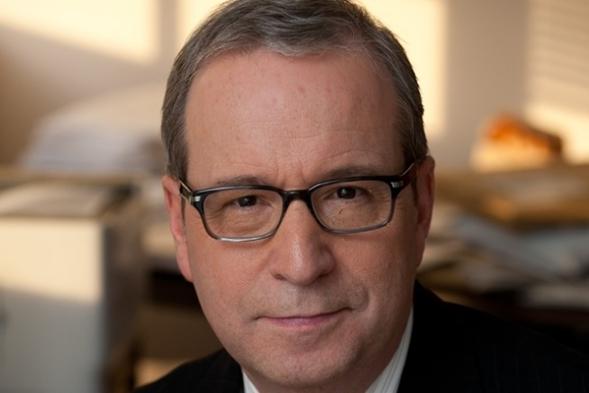 Part journalist, part historian, and all shrewd political observer, Ron Brownstein explains the complexities of American politics with lucid precision. As a senior editor for The Atlantic, a Contributing Editor for National Journal, and a senior political analyst for CNN, he produces sharp analysis on politics, policy, the electorate, media, healthcare, and the range of issues informed by his strong sense of American political and national history.

Twice a finalist for the Pulitzer Prize, Brownstein was cited for “the clarity, consistency, and quality of his political reporting.” He writes weekly columns for both the Atlantic and CNN.com and also appears regularly in National Journal. A prolific and penetrating columnist, Brownstein is, as the Economist said, “one of America’s best political journalists,” and the Washington Post called him “one of the gold-plated names of political journalism who can still shape big-pictures conventional wisdom.” Exclusively represented by Leading Authorities speakers bureau, his speeches reflect the depth of his knowledge, making him one of the most trustworthy predictors of America’s future.

Getting It Right, Time After Time. Before taking over the political coverage for Atlantic Media Company, Brownstein served as the national political correspondent and a columnist for the Los Angeles Times. In his years at the Times, he earned two finalist nods from the Pulitzer Prize Board for his coverage of the 1996 and 2004 presidential elections. His track record led former President Bill Clinton to cite Brownstein as the “one journalist who generally gets it right, explaining what the issues are and what’s going on in the country.” In addition, Brownstein served as chief political correspondent and columnist for U.S. News and World Report for seven months in 1998. He also has appeared frequently on Meet the Press, This Week with George Stephanopolous, Face the Nation, the Newshour with Jim Lehrer, and Washington Week in Review. He has also served as an election analyst for ABC.

On the American Beat. Brownstein is the author or editor of six books, including The Power and The Glitter: The Hollywood-Washington Connection and Storming the Gates: Protest Politics and the Republican Revival. His previous book, Reagan’s Ruling Class: Portraits of the President’s Top 100 Officials, was a Washington Post best-seller for five weeks. He was editor and co-author of Selecting a President and Who’s Poisoning America, and his sixth book, The Second Civil War: How Extreme Partisanship Has Paralyzed Washington and Polarized America, was named one of the “10 books to curl up with” by the New York Times.

His articles on politics, public policy, books and culture have also appeared in a number of newspapers and magazines, including The New York Times Magazine, Esquire, Vanity Fair, the New Republic, the Financial Times, the Washington Monthly, the Wall Street Journal, the Times of London, the Times Literary Supplement, the Boston Globe, the Chicago Sun-Times, Newsday, and the Miami Herald. 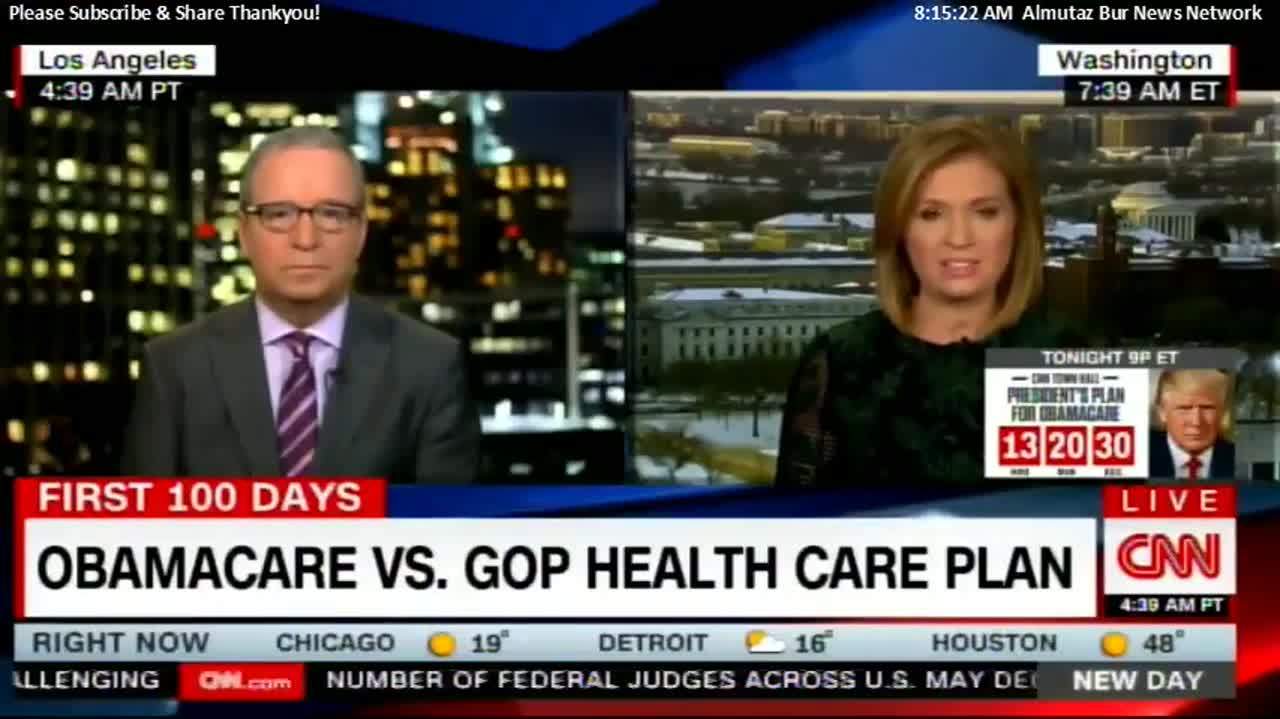 History is on Trump's Side

American Politics, Today and Tomorrow. Ron Brownstein explores the state of each party today. Blending history, a sophisticated analysis of polls and voting trends, and insider assessments of both parties’ brands, he explores what is next for America’s major political parties. Finally, he combines this assessment of the electoral environment with an analysis of the current presidential term, the challenges that face the upcoming election, and what legitimate policy choices exist for resolving hotly-debated issues.

The Balance of Power. Noted political analyst and Pulitzer Prize finalist Ron Brownstein discusses the balance of political power between the two parties, how this affects voter turnout and the presidential and congressional elections, and what this means for legislation and policy agendas during the next few years.

The Tectonic Plates of American Politics. America today is living through the most profound demographic change since the turn of the 20th century. The country passed through an historic milestone in 2015 when non-white children, for the first time ever, constituted a majority of the public school students nationwide. Today, minority children represent a majority of all Americans under 18, and through 2030, experts project that minorities will comprise all of the growth in America’s workforce.

While America is diversifying, it is simultaneously aging, with the number of seniors projected to double by 2040. In contrast to the heavily minority youth population, America’s older population is preponderantly white – raising difficult challenges of reconciling the interests of these two enormous generations, what Brownstein has called “The Brown and the Gray.” And even as these waves of demographic change reshape the country, America is adapting to an economic transition as disruptive in its way as the shift from farm to factory 125 years ago.

These fundamental social and economic changes have restructured our politics. They have left the U.S. with two mirror-image party coalitions that are utterly divergent in their demography, their geography, and their priorities for the country – and yet almost exactly equal in size. Far more than any changes in the tactics or personal relationships in Washington, it is this demographic and ideological stand off that has produced today’s stalemate in American politics.

In this speech, Ronald Brownstein explains the underlying forces shaping our current political deadlock: how these forces shape the issue debate in Washington, how they drove the 2016 election, and what it will take to build consensus that leads us beyond our current partisan impasse. Weaving a deep understanding of American history with an insider’s take on contemporary politics and a panoramic view of the country’s new demographic and economic realities, he reaches beyond the headlines to illuminate the forces shaping the ferocious competition for power between the parties – and the shared interests that could allow America to rise above today’s polarization and stalemate.

Behind the Scenes of Healthcare. Policy expert Ron Brownstein presents an in-depth examination of the healthcare legislation, covering every aspect from the partisan debate to the political winners and losers to the financial issues. He gets rave reviews because his analysis of the issue is not only insightful, but refreshingly lively. Former President Obama declared one of Brownstein’s posts on health care reform “mandatory reading for all senior staff and that everyone involved in, or covering, the health care debate should see the piece.” Ron Brownstein gets to the heart of the political fallout and political gain from the milestone legislation.

The Politics of Health Care. The politics of health care are every bit as complex as the policy. Ronald Brownstein is the rare analyst who can explain both. Drawing on his deep experience covering every major health care debate since the 1990s, his speeches illuminate the policy options and political pressures that have shaped the continuous debate over the Affordable Care Act. His insights provide audiences a keen understanding both of how changes in federal and state policy remake the health care landscape, and how the struggle over those policies is shaped by the parties’ larger political competition. From coverage and cost, to risk sharing and regulation, no one provides a more panoramic picture of how the era of President Trump has changed the equation for patients, physicians, hospitals, insurers and all other key institutions in the health care industry.

The Second Civil War. Drawing on his highly-acclaimed recent book, The Second Civil War: How Extreme Partisanship Has Paralyzed Washington and Polarized America, Brownstein explains how American politics has grown so polarized, why these divisions prevent the country from making progress on its most pressing problems, and the changes required to build more consensual and productive framework for politics. He addresses how political divisions affect and reflect the changes in society at large and how that affects policy outcomes. He also discusses the role that not only public officials but also private sector leaders can play in leading America away from today’s age of “hyper partisanship” and brackets his analysis of these long-term trends with an assessment of the way the next presidency can change Washington.

Energy Policy in an Age of Polarization. Brownstein explains how the current divisions in American politics affect the debate over energy and related environmental issues. He analyzes the energy debate between and within the parties, focusing not only on the recent presidential campaigns, but also on Congress and developments in the states. He previews both the substantive arguments and political calculations likely to shape decisions on issues from energy independence to climate change in the months ahead.

Moderator. Part journalist, part historian, all shrewd political observer, Ron Brownstein is an ideal moderator for panel discussions and debates. He asks the right questions and guides analysis of the issues with experience gained from being political director of Atlantic Media Company and a two-time Pulitzer Prize finalist. Brownstein is notable for his level of preparation; he uses his savvy journalistic skills to diligently research all sides of the discussion topic. His areas of expertise include politics, policy, health care, the media, and a deep range of issues informed by his strong sense of America’s political and national history. Ron Brownstein has a knack for explaining with lucid precision the complexities of the pressing issues on America’s political and economic landscape.

This Is the New 'Giant Sucking Sound' You Hear. It's Changing the Economy and Disrupting Politics

How Accelerating Change is Deepening Our Political Divisions

Can Trumpism Last Without Minority Voters?

Can Millennials Save the Democratic Party?

Why the GOP Is Still Struggling With Health-Care Reform

The Return of Liberal Populism in America and Britain

LOVED Ron Brownstein. He did the best political perspective of anyone that had given that type of speech before. Ron was thoughtful, and gave a very high level perspective of what is happening in Washington, and made it easy and interesting for non-Washingtonians to follow. He was definitely the smartest person in the room!

The Council for Responsible Nutrition

Ron was fantastic and I had great feedback from the lunch attendees. Thank you for recommending him to us. He was incredibly insightful and we found great value in his remarks.

Ron Brownstein’s extensive knowledge and insight into the political landscape is  impressive.  We could have spent an entire evening enjoying his predictions and observations.

Storming the Gates: Protest Politics and the Republican Revival 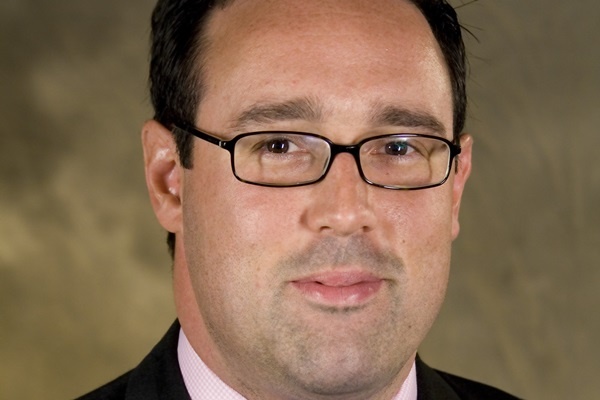