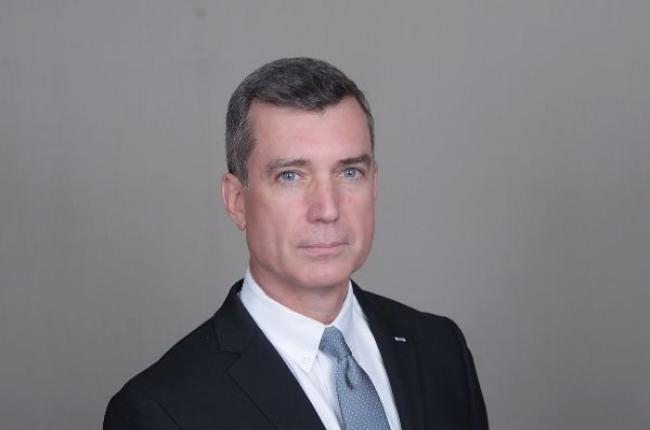 Exclusively represented by Leading Authorities speakers bureau, Roche has the ability to make the complex topic of cyber far more digestible, expertly speaking on how to secure and transform an organization by integrating advanced digital capabilities. Using hilarious anecdotes and lessons-learned from leading the Directorate of Digital Innovation, he arms audiences with the tools and techniques they need to optimize their business operations to not only increase security, but also excel in the cyber and big data arenas. Providing a high-energy, behind-the-scenes look at how he did this for the CIA, Roche discusses the ever-evolving cyber threats he’s observed and leaves audiences at ease – sharing a manageable and actionable framework to ensure that one’s organization is more than equal to the challenges and opportunities of the rapidly changing world in which we operate.

At the Directorate of Digital Innovation, Roche fueled the engine of creativity, integration, and rigor that the CIA needs in the digital age, empowering the agency to maintain their security while also increasing their pace of innovation in order to stay one step ahead of cyber threats. Often working with Congress, Executive branch agencies, and the White House to ensure the CIA’s strategic modernization, he successfully built the annual budget to more than $3B while overhauling the legacy personnel systems to create CIA’s first digital workforce. Instrumental in transitioning the agency’s data to a cloud-hosting platform, Roche had a transformative impact by streamlining, upgrading, and most importantly enhancing the security of the organization.

Over the course of his career, Roche has held various senior leadership positions at the CIA, ranging from research and development to clandestine operations. Immediately prior to ADDI, he served as the Associate Deputy Director of CIA for Science and Technology, where he provided leadership that enabled the Directorate to attack national intelligence problems with effective targeting, advanced technology, and excellent tradecraft. In addition to his assignments at CIA, Roche has also served in several positions across the Intelligence Community and the Department of Defense, and concurrently served in the U.S. Air Force Reserve, retiring as a colonel after 25 years of service.

Recognized for his work in innovation through numerous awards, Roche has been the recipient of multiple Presidential, IC, CIA, and DOD individual and team awards. He also received CIA’s highest award for effectively advocating and building a diverse and inclusive workforce.

Cyber Security for the Modern Age: Overcoming Threats Now and Into the Future. At the CIA, Roche was responsible for modernizing and accelerating the agency’s security and has overseen the shift in mentality to an organization now focused on intelligence to anticipate and counter the ever-evolving cybercriminal. Discussing the current cyber landscape and the dramatic rise in threats and the range of actors he’s observed in recent years, Roche provides his insider, experience-driven perspective of the most pressing threats and shares an actionable framework and investments for organizations to:

With the ability to make the complex topic of cyber far more digestible, Roche’s high-energy presentation, and often hilarious anecdotes straight from Washington, will leave audiences at ease with manageable takeaways they can instantly implement to enact more secure processes at their organization.

Digital Innovation: The Keys to Implementing Disruptive Technology. Sean Roche has been on the leading edge of technological change throughout his 30+ years of federal service. Chosen to co-lead the CIA’s first new directorate in half a century, Roche is a stand-out expert in digital innovation and was responsible for fueling the engine of creativity, integration, and rigor that the agency needs in the digital age. Witnessing the impact of disruptive technology first-hand, he teaches audiences how to do things differently in order to modernize and accelerate innovation across an entire organization. Taking audiences behind-the-scenes, he energetically shares how he pioneered digital transformation throughout the CIA – including transitioning the Agency to a cloud-hosting platform – and demonstrates how groups can do the same at their own organization by challenging the status quo to stay at the forefront of the rapidly changing world in which we operate.

Thanks so much for all your help with Sean and his presentation! First Republic was very pleased and thought it was a huge success. We wanted to relay our thanks to Sean – the presentation was very engaging, we loved the impressions!