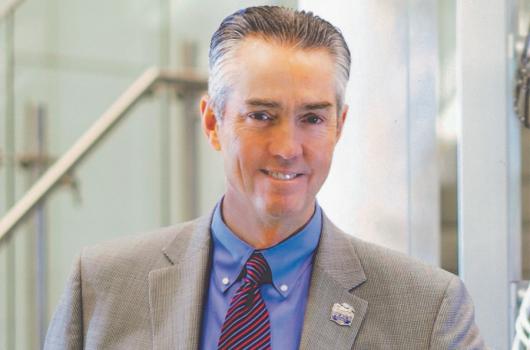 Steven A. Robinson is the former executive vice president and chief marketing officer of Chick-fil-A, Inc. During his thirty-four-year tenure, Steve was integrally involved in the company’s steady then explosive growth from 184 stores and $100 million in annual sales in 1981 to more than 2,100 stores and more than $6.8 billion in annual sales in 2015.

After beginning his Chick-fil-A career as the director of marketing, Steve went on to serve as vice president of the department before becoming chief marketing officer – responsible for overseeing marketing, advertising, brand development, menu development, and hospitality strategies. As chief marketing officer, Robinson was both a witness and participant in the company's remarkable development into an indelible success. Now exclusively represented for lectures by Leading Authorities speakers bureau, he shares the story of Chick-fil-A's evolution into one of the world's most beloved, game-changing, and profitable brands. From the creation of the “Eat Mor Chikin” campaign and the decision to stay closed on Sundays to the creation of the company's corporate purpose, Robinson provides a front-row seat to the innovative marketing, brand strategies, and advertising that created a culture that customers describe as "Where good meets gracious.”

Prior to joining Chick-fil-A, Steve was the director of marketing for Six Flags Over Georgia theme park in Atlanta, Georgia. This role was preceded by marketing positions at two other Six Flags properties and communications manager at Texas Instruments.

In addition to serving on Chick-fil-A’s board of directors (2016-2018), Steve serves on several boards for organizations and ministries, including FamilyLife, Fellowship of Christian Athletes of Atlanta, Links Players International, Atlanta Hall Management & College Football Hall of Fame, and the National Football Foundation.

He holds an associate degree in business administration from Faulkner State Junior College, a Bachelor of Science in marketing from Auburn University, and a master’s in advertising from Medill School of Journalism at Northwestern University. Steve and his wife, Dianne, have two children and four grandchildren.

Building An Iconic Brand: How It Happens. Steve Robinson takes audiences back in time  to showcase how the leadership team took Chick-fil-A from a fledgling, primarily mall-based brand to the global powerhouse it is today. Touching on the role principles, creativity, and culture play in building a brand with unmistakable advertising and a fanatic base of loyal customers, Robinson helps groups grappling with questions like, “How do I stand out in a crowded marketplace?” and “How do I attract and retain the right employees and customers?” Audiences leave Robinson’s talk with a better understanding of what it takes to build and maintain an iconic brand position in the global marketplace.

Putting the Customer Experience First.
When Steve Robinson joined Chick-fil-A, the marketing doctrine of the day said that stakeholder and employee wisdom trumped customer experience. In a move that would help turn the brand into the fastest-growing fast food chain in the U.S. today, Robinson flipped the script and began placing customer experience above all else in every marketing plan he undertook. Here, Robinson shares what that meant in practice at Chick-fil-A, as well as what other businesses can learn from the “Second Mile Service” hospitality guidebook it took Chick-fil-A seven years to complete and implement across their organization. Honest, funny, and revealing, this talk is a crash course in creating a brand that customers can’t live without.

Culture: Where Leadership, Character, and Values Meet.
As Robinson explains, all of the clever branding and best-in-class services practices his team developed would not have mattered if not for the Chick-fil-A “X factor”: a clear, powerful mission statement driving a self-sustaining corporate culture. With this talk, Robinson peels back the curtain on how Chick-fil-A established their legendary culture by breaking the rules and refusing to forsake purpose for profit. From closing on Sundays to careful hiring practices to making sure every leader’s character and values aligned with a vision larger than themselves, Robinson showcases how Chick-fil-A’s singular culture fueled its great American success story.

Finding Speakers for Your Leadership Meetings

Steve was truly one of the best speakers we have ever had. Our audience was captivated by the wonderful story of how Chick-fil-A overcame adversity by instilling a biblical corporate culture and treating their customers up and beyond their expectations. Steve’s insights and thoughts on their marketing campaigns really resonated with our attendees and we all had tremendous takeaways for our own companies. We left inspired and uplifted by his career experiences and Godly perspective. He was a gentleman and a blessing to the SEPC!

Steve - I just want to thank you for your outstanding presentation at the Summit.  You knocked it... way out of the park - my friend.  We had more compliments about you and your presentation that we quit counting. Thank you so much for making the Summit a big success. 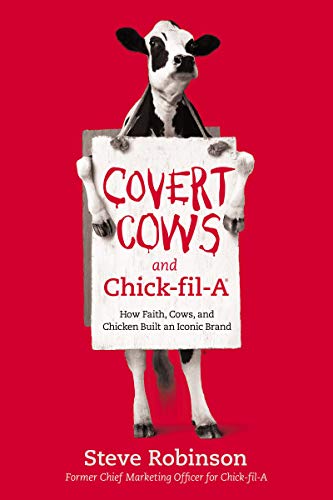 Covert Cows and Chick-fil-A: How Faith, Cows, and Chicken Built an Iconic Brand