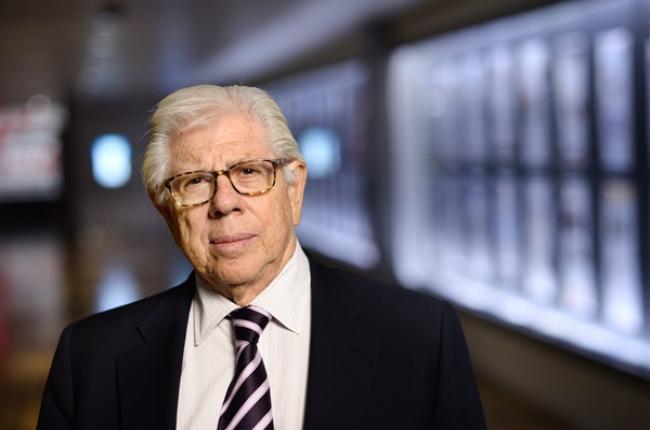 Few journalists in America’s history have had the impact on history and their craft as Pulitzer Prize-winning investigative reporter Carl Bernstein. From uncovering the Watergate scandal to writing about national and international affairs, for nearly fifty years Bernstein’s books, reporting and commentary have revealed the inner workings of government and politics, and told the hidden stories of Washington and its leaders.

A political analyst for CNN and a contributing editor at Vanity Fair, Bernstein’s recently released book, “Chasing History: A Kid in the Newsroom,” became an instant New York Times bestseller. In it, Bernstein recounts his early days in journalism at the Washington Evening Star newspaper, where he began his career as a 16-year-old copyboy during the Kennedy era.

In the early 1970’s, Bernstein and his partner, Bob Woodward, captured international attention when they broke the Watergate story for The Washington Post. Woodward and Bernstein’s investigative reporting led to the resignation of President Richard Nixon, set new standards for journalism, and won the Pulitzer Prize. The pair went on to write two classic best-sellers: All the President’s Men (also a movie starring Robert Redford and Dustin Hoffman) about their coverage of Watergate; and The Final Days, chronicling the end of the Nixon presidency.

Bernstein’s other best-selling books include Loyalties: A Son’s Memoir, about his family’s experiences in the McCarthy era, and His Holiness: Pope John Paul II and The History of Our Time, a biography of Pope John Paul II, co-authored with Marco Politi, that reveals the Pope’s pivotal role in the fall of communism. Bernstein’s 2008 national best-seller A Woman in Charge: The Life of Hillary Rodham, has been acclaimed as the definitive biography of the subject.

His magazine articles have appeared in Time, USA Today, Rolling Stone and The New Republic. From 1999-2001, Bernstein served as editor and executive vice president of Voter.com, a pioneering website that Forbes named the best political site on the internet. He has also worked as Washington bureau chief and correspondent for ABC News.

Bernstein lives in New York with his wife and is the father of two sons, one a journalist and the other a rock musician. 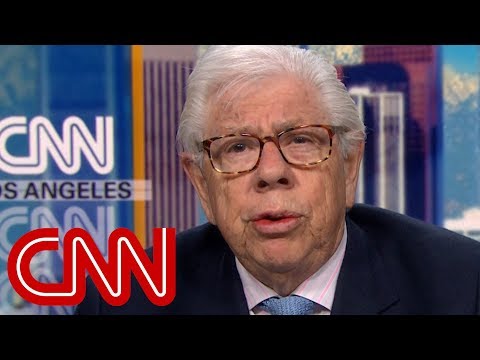 The Use and Abuse of Power: The American Presidency from Nixon to Trump

An Evening With Carl Bernstein: The System Can Work
From his time working as a copyboy when he was 16 years old during the Kennedy era, through Donald Trump’s presidency, Bernstein reflects on the power of journalism and the concept of the common good as keystones of American democracy.

“The best obtainable version of the truth”
Bernstein’s definition of real reporting and the only basis for an informed debate about the American condition, whether the debate is in Congress or family dinner tables across the country. While critical of the performance of the press, Bernstein notes a decreasing willingness by ordinary citizens to be open to the best obtainable version of the truth, while searching out news and information to reinforce their already held political, cultural, and religious beliefs.

The Lessons of Watergate
A behind-the-scenes look at the reporting and political drama that led to the resignation of President Richard Nixon and continues to affect the course of American history.

The Spiritual and Political Legacy of Pope John Paul II

The Problem of Washington: It's Not Just the Politicians. We the People Sent Them There; We the Press are Complicit.

The Triumphant End to an American Century: Three Remarkable Presidents - Reagan, Bush I, Clinton, and the Problem of Their Successors

The Broken Branch and Future of America: Can the United States Congress be Repaired?

‘Monday night slaughter’: Bernstein slams Trump and his ‘gang’ of GOP enablers for trying to shut down Russia probe

What Is The Monday Night Slaughter? Bernstein Accuses Trump, Republicans of Obstructing Justice After McCabe's Forced Out

'Monday Night Slaughter' Carl Bernstein Warns About Trump Attacks on the FBI Eroding Rule of Law in the U.S.