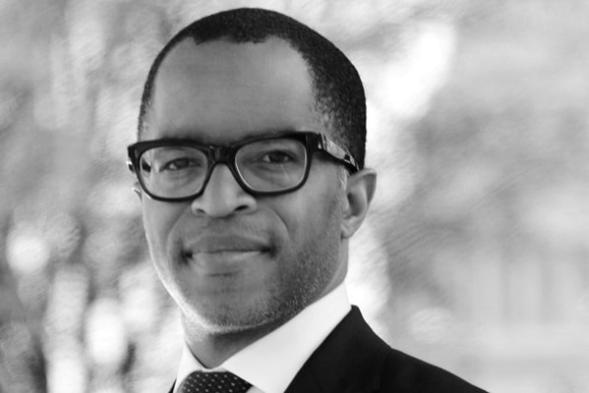 Pulitzer Prize-winning journalist Jonathan Capehart is known for his insightful, hard-hitting reporting and writing and witty commentary. He is associate editor of The Washington Post, where he writes a weekly column focusing on the intersection of social and cultural issues and politics, hosts the Post’s “Capehart” podcast and live roundtable show “First Look,” and is a member of the publication’s editorial board. He is also an MSNBC contributor and anchor of The Sunday Show with Jonathan Capehart, and a regular PBS NewsHour contributor delivering its Friday evening political commentary segment Brooks & Capehart. He is exclusively represented by Leading Authorities speakers bureau and discusses the news of the day, cultural shifts happening domestically and globally, and the issues that matter now and will matter in the months and years to come. Capehart is also revered for his abilities as an expert panelist and moderator, who is particularly skilled at directing and navigating honest, meaningful conversations with high-level personalities.

In addition to his work with MSNBC and the Post, he is a regular moderator of panels at the Aspen Ideas Festival and for the Aspen Institute, the Center for American Progress and at the Atlantic Dialogues conference and the Brussels Forum of the German Marshall Fund. He has also moderated sessions at the Atlantic’s Washington Ideas Forum and for the Connecticut Forum.

Capehart was deputy editorial page editor of the New York Daily News from 2002 to 2004, and served on that paper's editorial board from 1993 to 2000. In 1999, his 16-month editorial campaign to save the famed Apollo Theatre in Harlem earned him and the board the Pulitzer Prize for Editorial Writing. Capehart left the Daily News in July 2000 to become the national affairs columnist at Bloomberg News, and took a leave from this position in February 2001 to serve as a policy adviser to Michael Bloomberg in his first successful campaign for New York City mayor.

Capehart has additionally served as a guest host on “Midday on WNYC” on New York Public Radio. In September 2014, the Advocate magazine ranked Capehart 9th out of 50 of the most influential LGBT people in media. In December 2014, Mediaite named him one of the “Top 9 Rising Stars of Cable News.”

Jonathan Capehart: A Look at the American Experiment

Making Sense of Today’s News. As the anchor of MSNBC’s The Sunday Show with Jonathan Capehart, an opinion writer for The Washington Post, and host of the podcast “Cape Up,” Jonathan Capehart regularly talks with newsmakers about the day’s biggest political and culture issues, touching on hot-button topics including how race, religion, age, gender and cultural identity are redrawing the lines that both divide and unite America. In speeches, Capehart tells stories of his interviews with presidential candidates, media personalities, sitting politicians, CEOs and entrepreneurs, and even actors to illustrate what’s going on in America and how to make sense of the daily news. An entertaining and thought-provoking look at the news that matters now, Capehart leaves audiences with new perspectives and a greater understanding of the current climate in Washington and across the nation.

Diversity & Inclusion. Jonathan Capehart is well known for his efforts supporting both the African American and LGBT communities and, in 2014, he was named the 9th most influential LGBT person in the media (out of 50) by Advocate magazine. Here, Capehart discusses the big issues at the heart of conversations about diversity and inclusion, including how embracing differences improves a company’s ability to respond to change, spurs the creation of innovative solutions to emerging challenges, and creates a happier and more engaged workforce. Sharing experiences from his own life, and with his trademark wit and humor, Capehart helps foster important conversations to create a more productive workplace for all.

Jonathan was FABULOUS! He’s an absolute delight personally – kind, generous, and gracious to all! And his presentation was a powerhouse! Our attendees have raved about it, and I’ve received many, many emails from the radio audience. I couldn’t be more thrilled with the entire event. I can’t thank him enough for bringing his BEST to our forum. I’m grateful beyond words!

Jonathan’s opening keynote presentation during yesterday’s Government Affairs and Legal Conference was absolutely fantastic, and the perfect tee up for the sessions that followed. He came prepared, was fully engaged, and really met the moment. We couldn’t have asked for a better speaker!