Culture Lessons From Speakers At The World's Biggest Brands 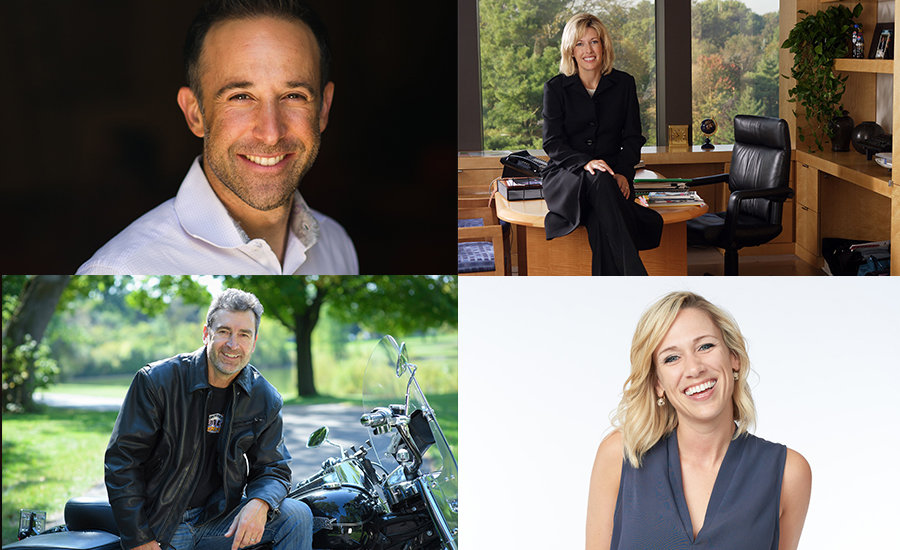 A study from Duke’s Fuqua School of Business found that 92% of North American CEOs think improving their organization’s corporate culture would increase the value of the company. But only 15% said it was where it needed to be.

Culture can be the key to everything from hiring and retaining top talent to ensuring confidence in investors. These speakers help your organization make leaps, instead of baby steps, towards an aligned culture.

Keep reading to learn more about each of these culture experts and click on the links below to browse through each of their individual speaker profile pages and find out more about their speaking topics and expertise.

Distinguished Psychology Professor Michele Gelfand is one of the leading researchers and writers on culture and the impact of culture on behavior. She’s the author of the wildly-popular new book, Rule Makers, Rule Breakers: How Tight and Loose Cultures Wire Our World. Gelfand’s research and writing focuses on the difference between “tight” and “loose” cultures, and how that distinction impacts businesses globally. Arguing that culture drives performance more than mission statements, HR campaigns, or even financial incentives ever will, she helps organizations understand if their culture is “tight” or “loose,” why that is, how that drives everything from performance to revenue to position in the marketplace, and how to create a more “open” or “loose” culture. Gelfand’s work on tight-loose theory and its impact on business performance has been cited over 20,000 times and has been featured in The Washington Post, The New York Times, The Boston Globe, National Public Radio, Morning Joe, Voice of America, Fox News, NBC News, ABC News, The Economist, De Standard, and more. | Find out more about Michele Gelfand.

Throughout Dawn’s incredible career, her work has focused on tapping into a brand’s DNA—including value systems, unique gifts, brand personality, and human capital resources—to create incredible customer experiences. Dawn’s presentations are fast-paced and always have audiences taking notes as she runs through lessons learned through personal successes and failures. She also talks about fostering a culture that promotes inclusive leadership and celebrating new voices. | Find out more about Dawn Hudson.

Robert Richman is a culture strategist and was co-creator of Zappos Insights, an innovative program focused on educating companies on the secrets behind Zappos’ amazing employee culture. One of the world’s authorities on employee culture, he’s worked with companies like Google, Toyota, and Eli Lilly and wrote the book, The Culture Blueprint, a guide to building a workplace that helps employees grow, inspires amazing service, and drives revenue through culture. | Find out more about Robert Richman.

Founder & CEO of Cheddar, and Former COO & President of Buzzfeed

Jon Steinberg launched Cheddar, the revolutionary streaming-based video news platform that received a valuation of $85 million after less than one year, in 2017. Also the former COO and President of Buzzfeed, he talks about fueling growth by cultivating an innovative company culture and mindset. Believing that culture is key to disruption, by encouraging enthusiastic buy in at every level of an organization, Steinberg helps groups turn existing culture beliefs on their head. | Find out more about Jon Steinberg.

Doug Rauch is known for growing Trader Joe’s from a small local chain to a national powerhouse, and for his belief that Culture is a Company’s DNA—or the only thing a company has that can’t be copied or stolen, and the most important factor in success. He talks about the practices like conscious capitalism and values-based leadership that he drew on to grow Trader Joe’s, and helps companies figure out what their cultural X factor is. | Find out more about Doug Rauch.

The former CEO of Starbucks and current CEO of Albertsons, Jim Donald has been called a “Turnaround King” for helping struggling companies regain their footing. He attributes the record growth he led at Starbucks to identifying and fostering an “X factor” that begins with company culture. At the many brands he has led, he did this not with lessons learned at business school but by talking to employees on the front lines. Elevating individual responsibility as well as cohesive company culture is key to success, according to Donald. | Find out more about Jim Donald.

A disruption powerhouse, Sarah is former global president of Gatorade, former GM and marketing director at Nike, and currently CEO of Flywheel Sports. She speaks passionately about disrupting your own business from the inside out, embracing a mindset of growth and change, and not being afraid to fail. Sarah is a major proponent of developing a team mentality that permeates work and personal relationships, bringing out the best people and performance from those you lead. | Find out more about Sarah Robb O'Hagan.

Easy to work with and funny, Susan O'Malley's presentation is packed with examples of turning around flailing franchises by using interpersonal relationships and a collaborative approach to business. She talks about her early days at the Capitals, and how she had to set the culture example. She digs into the real reasons leaders need to actually get their hands dirty, how to work to build a culture of success from the ground up, and the importance of leading by example when it comes to fueling a mindset of growth. | Find out more about Susan O'Malley.

In her role as Chief Behavioral Officer at Martiz, Charlotte Blank leads the company’s practice of behavioral science and innovation. Focused on “unleashing the potential” of client’s employees, she talks about finding drivers of behaviors that may lie “under the surface”; why in the absence of company goal-setting, people default to habit; why regular feedback is so meaningful for performance; and how to test what “rewards systems” will work for your team. Blending social psychology and behavioral economics, she helps clients understand what makes their employees “tick” and how to better make sense of human behavior in an evolving marketplace. | Find out more about Charlotte Blank.

Ken Schmidt's widely known as one of the business world’s most outspoken and provocative thought leaders. He’s also viewed as a “turnaround king” for his work bringing struggling businesses back from the brink. He explains how to tap into the positive ways consumers respond to your brand and build a booming culture around that niche. In his talk on “Dominating the Marketplace,” Schmidt talks about the steps to developing a loyal corporate culture and fanatic customer base by using examples from his own life. | Find out more about Ken Schmidt.

Jenn Lim is the CEO and CHO (Chief Happiness Officer) of Delivering Happiness, a company she co-founded to inspire science-based happiness, passion, and purpose at work, home, and in everyday life. Jenn has been a consultant at Zappos from its start-up days in 2003 to the $2B business it is today. Since 2009, Zappos has been on Fortune’s “100 Best Companies to Work For” list and has been bought by Amazon.com in a deal valued at $1.2 billion on the day of closing. One of her creations, The Zappos Culture Book, has become a global symbol of how companies can use happiness as a business model to increase productivity and profitability. In her presentations, Jenn explains how a culture of happiness is becoming one of the biggest competitive advantages in today’s economy, and why happy employees who work with passion and purpose perform at consistently high levels, multiplying their effectiveness, and raising business outcomes. | Find out more about Jenn Lim.

Steven A. Robinson is the former executive vice president and chief marketing officer of Chick-fil-A, Inc. During his thirty-four-year tenure, Steve was integrally involved in the company’s steady then explosive growth from 184 stores and $100 million in annual sales in 1981 to more than 2,100 stores and more than $6.8 billion in annual sales in 2015. | Find out more about Steve Robinson.

Examining Kevin Gaskell’s track record surprises some people. As CEO of four successful world class brands, and as a serial entrepreneur who has built international companies from nothing more than ‘a good idea,’ Kevin has created over $5 billion in shareholder value and yet has still found time to break a world record, climb the world’s highest mountains, walk to both North and South Poles, compete in international sports, and play in a rock band. He speaks with electricity about using inspired leadership to achieve extraordinary results. | Find out more about Kevin Gaskell.

LOOKING FOR A CULTURE EXPERT?

Are you interested in booking one of our culture speakers to speak at your upcoming meeting or conference? Let us know!

Want more speaker options? Reach out to us and our team can send you a customized list of speaker recommendations tailored specifically to your event's topic, theme, audience, and more.