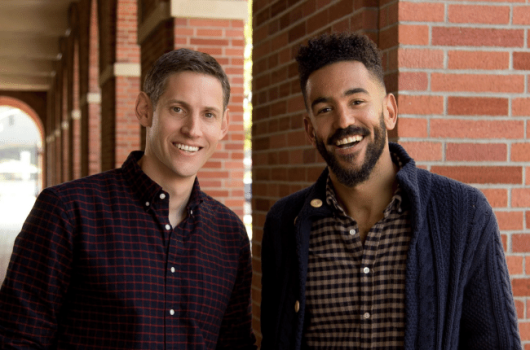 Colin Coggins and Garrett Brown are leadership visionaries, startup practitioners, university professors, authors, and the creators of the “Unsold Mindset.” After decades of collective experience as salespeople, leaders, and executives, their paths crossed at enterprise software startup Bitium, which they helped grow from relative obscurity to one of the leading players in enterprise identity management software. Their hard work paid off when Bitium was acquired by Google. They now serve as adjunct professors at the University of Southern California’s Marshall School of Business, where they teach the popular class they created, “Sales Mindset for Entrepreneurs” — a unique course centered on a first-of-its-kind curriculum combining leadership, sales, and personal development. It is the only permanent sales mindset class offered at any university. They are the authors of The Unsold Mindset (HarperCollins, February 2023), which draws from extensive research and interviews with the world’s most successful people to deconstruct everything we think we know about selling to show how anyone can achieve incredible results in their field, become the leader they wish they had, and find more purpose and fulfillment in their work.

Exclusively represented by Leading Authorities speakers bureau, Colin and Garrett are changing the way the world thinks about selling with a unique, mindset-focused approach to leadership, sales, and personal and professional development. Together, they reveal how the world’s greatest sellers are often the world’s greatest leaders (and vice versa!), as well as the common trait these change agents, influencers, and hometown heroes often share: an unrelenting commitment to showing up as their most authentic selves in everything they do. Using their “Unsold Mindset” approach, Coggins and Brown take audiences on an entertaining journey and share valuable lessons that empower people to reframe their mindsets to further their purpose, gain support for their ideas, develop solutions to problems, be catalysts for transformational change, and relish in the growth they have the chance to experience every day.

Colin Coggins has deep experience working as a revenue practitioner and theorist and is known for his unique and proven approach to scaling revenue generation by cultivating sales IQ across entire organizations, not just within sales units. He has held senior leadership roles at several emerging technology companies, including Bitium, Mobile Roadie, and Fabric. After Mobile Roadie was acquired, Colin took on the SVP of sales role at Bitium, where he and Garrett met. After Bitium was acquired by Google, Colin continued to serve as an executive sales leader, while also taking on a sales advisor and entrepreneur-in-residence role at Techstars. Colin and Garrett are co-founders of Agency18, a firm that helps mission-driven companies adopt the Unsold Mindset. Colin is also a startup investor and advisor, and an executive commercial leader.

Garrett Brown began his career as a corporate lawyer representing startups and entrepreneurs. Inspired by his clients, he decided to leave the world of law and enter the exciting world of tech startups. His first role was as a salesperson for an online gaming platform, where he eventually climbed the ranks to run all sales and business development efforts until the company was acquired. He joined enterprise software startup Bitium in its earliest days to serve as the company’s chief revenue officer, building and overseeing all revenue functions until it was acquired by Google. After the acquisition, Garrett joined Google in a revenue management role, learning countless lessons about the inner workings of one of the most recognizable companies on the planet. In addition to writing, speaking, teaching, and working with Agency18’s corporate clients, Garrett is an active startup and real estate investor, mentor, and startup advisor. 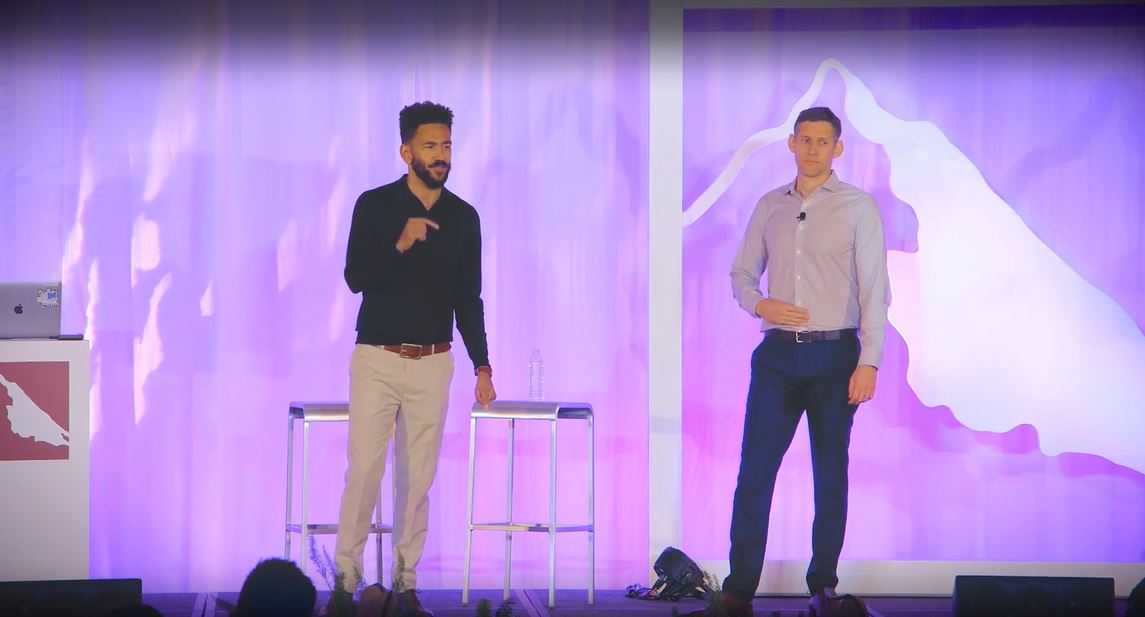 The Surprising Mindset of Effective Leaders: Habits of the World’s Most Successful People. While doing research for their upcoming HarperCollins book, The Unsold Mindset, Colin and Garrett interviewed some of the world’s most successful people about their work. The list included famous CEOs, investors, athletes, artists, lawyers, educators, entertainers, military leaders, doctors, and innovators. After countless interviews, patterns started to emerge about how all of these unique individuals approached leading and motivating themselves and others, and about the ways they approach their own personal and professional development. Colin and Garrett found that the greatest leaders on the planet are the opposite of who we expect them to be.

In this talk, Colin and Garrett draw from a collection of entertaining and engaging stories to share common traits of great leaders who have made an impact across industries, experiences, and job descriptions, and are proven motivators with the ability to inspire and bring the best out of others. They describe specific ways successful people build habits as learners and growers and explore some of the scientific research behind why these traits and mindsets are so effective. Colin and Garrett will leave the audience with a collection of exercises they can use to cultivate their own mindset of effective leadership and motivation.

The Unsold Mindset: Finding Success Through Authenticity and Purpose. There's a disconnect between who we think high performing salespeople (and people who sell) are and who they actually are. Because of this, most people who sell in any capacity try to play the role of a great salesperson, only to end up perpetuating a vicious cycle that results in a well-deserved stereotype and the feeling they have to hide the fact that they are selling. This is true for people selling ideas, people selling themselves, or people who are actually selling goods and services. While we all have an idea in our minds of what a great salesperson is supposed to look, sound, and act like, in reality, great salespeople are the antithesis of what we expect them to be. They aren’t always the best at overcoming objections, they’re not the most articulate, they aren’t even the most extroverted or persistent. Yet, somehow, they are almost always the best in the room at whatever they do, no matter if they are sellers, marketers, engineers, theorists, or highly regarded leaders. That’s because truly successful people are unsold on who and what they are supposed to be, so they have a completely different mindset about selling than most — what Colin and Garrett have identified as the Unsold Mindset. It’s this “Unsold Mindset” that enables them to show up as the most authentic version of themselves.

In this talk, Colin and Garrett break down the key findings from their decades of sales and leadership experience, their expansive work with companies across industries, and their research and interviews with some of the world’s greatest salespeople (especially those without “sales” in their title!) for their upcoming HarperCollins book, The Unsold Mindset. This funny, informational, and inspiring session will help groups of any type “unsell” themselves on what they think selling is supposed to be and provide loads of actionable tactics they can use to shift their mindset and sell successfully.

Redefining What it Means to Sell for “Non-Salespeople.” Great leaders, executives, partners, parents, teammates, engineers, and everyone in between sell every day — but most are afraid to admit it. In fact, Colin and Garrett’s Sales Mindset class at the University of Southern California’s Marshall School of Business consists of a third of students that want to sell ideas (marketers, founders, and CEOs), a third that want to sell themselves (to get hired or promoted), and a third that actually want to sell products or services. Yet they all think selling is an off-putting word and something they should be ashamed of. That shame can take a huge toll on well-being and have an impact on their ability to succeed. The word “sales” has been rightfully stigmatized since the days of snake oil. The question is, why does the stigma still exist, and what can we do about it? On a more personal level, how can you be a great seller in any role without trying to be anything other than yourself?

In this talk, Colin and Garrett will help audience members take the first step and admit they are salespeople, just as much as they are leaders, managers, problem solvers, and influencers. They’ll cover the science behind the shame and fear associated with selling, and what can be done to overcome it. They’ll also discuss why the greatest sellers in the world often don’t have “sales” in their title and why we give them permission to sell to us. Lastly, they’ll share ways to get over the “ick” factor to actually enjoy and thrive at selling.

This topic is ideal for groups that are looking to develop new skills for personal or professional development, for people who are turned off by the idea of having to sell, or for diverse teams that need to make the shift to a more revenue-forward culture.

The Best Change Is No Change: Success Begins By Showing Up As Yourself. Change is never easy. Whether internal or external, change requires an advanced level of mindfulness, resilience, self-awareness, and a knack for the art of motivating and inspiring other people, and yourself. Without these things, many people resort to finding ways to mask their perceived shortcomings by trying to become something they’re not in their professional and personal lives.

In this talk, Colin and Garrett let the audience in on the one thing every successful agent of change they’ve encountered has in common: they are all hyper-authentic. As Colin and Garrett will explain, effective change agents don’t feel the need to conform to a certain role or stereotype that doesn’t fit them. Instead, they are confident and self-aware and couldn't “fake it until they make it” if they tried (nor would they want to!). Audience members will gain a better understanding of authenticity, empathy, the ability to look for (and find) the good, the interplay between goals and purpose, and the roles these principles play in driving change for both professional and personal success.

The Real Future of Selling. Through the years, there have been many sales fads, including SPIN selling, value selling, solutions selling, social selling, the challenger sale, and a host of others in between. While there’s value in many of those methodologies, the world is changing quickly. If you’re only focused on traditional sales training like “building rapport,” “overcoming objections,” and “asking for the close,” you’re going to get left behind. A new mindset is required to rise above the noise and avoid coming off as a “typical” salesperson. Moreover, the future of sales is no longer just about product, it’s about people.

In this talk, Colin and Garrett provide an entertaining, and often surprising, look at the future of selling. They’ll talk about how it’s becoming less important to add value than it is to be valuable. They’ll demonstrate why great salespeople stay “intentionally ignorant” and don’t have all the answers, and discuss when winning is actually losing. Most importantly, Colin and Garrett offer actionable ways for the audience to get better results and greater fulfillment in their jobs, whether or not they have a traditional “sales” role.

Colin and Garrett did an amazing job and their talk was very well received by the group! They were easy to work with and hit home the points that we were trying to get across- if anything I just wish that it was longer and we had scheduled them for 2 hours! 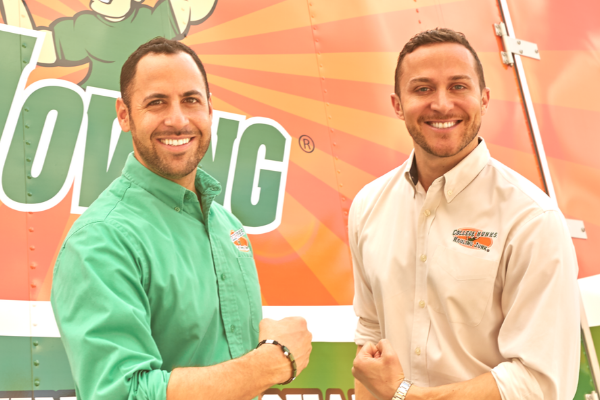 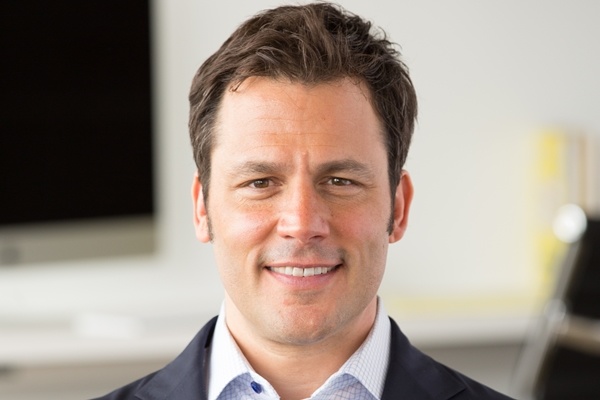 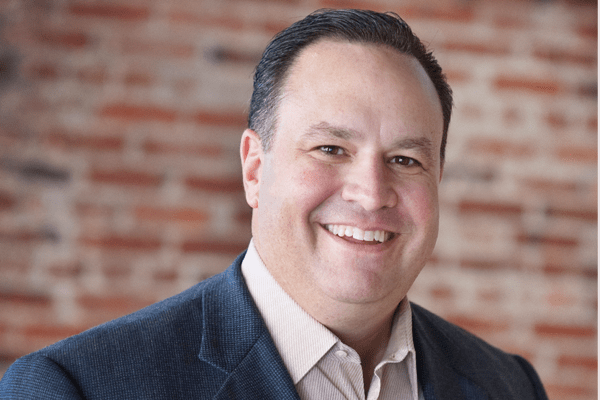