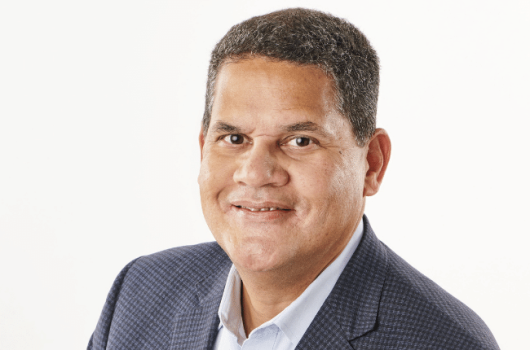 An award-winning innovator and disruptor, Reggie Fils-Aimé is a proven expert on transforming companies, re-vitalizing brands, and reshaping industries to solve daunting challenges and achieve "the impossible." Most recently, he was the president and chief operating officer of Nintendo of America — the first American to hold the position and the first person of Haitian descent to head a Fortune 500 company.

Revered by business leaders and gaming fans alike, Fils-Aimé helped bring Nintendo’s greatest successes — including the Nintendo DS, the Wii, the Nintendo 3DS, Wii U, and the Nintendo Switch — to the global marketplace. Exclusively represented by Leading Authorities speakers bureau, he discusses the importance of intellectual curiosity and innovation in business success, specifically detailing creative, non-linear thinking and gamification as essential elements to thrive in an era of disruption. Using his personal story as an example, he shares with audiences his principles for effective and innovative leadership, including defining a vision, courage in decision-making, and “irrefutable integrity.”

In his 15-year career at Nintendo, Fils-Aimé ran the day-to-day operations and was responsible for all activities for Nintendo in the United States, Canada, and Latin America. Named to the International Video Game Hall of Fame, he was responsible for revamping Nintendo’s public relations in North America, addressing the ever-changing challenges of marketing to youth while also continuing to represent the older game-player market. An appointed member of the global Executive Officer committee for Nintendo Co., Ltd., he has world-wide acclaim as an executive who loved leading his business and interacting with its employees, business associates, and consumers.

Prior to joining Nintendo, Fils-Aimé was senior vice president of marketing at VH1, part of MTV Networks, a division of Viacom. During his tenure at VH1, Fils-Aimé engineered the channel’s redirection to young viewers, resulting in an overall 30 percent ratings growth. He also created and executed the marketing plans for The Concert for New York City, which raised more than $35 million for disaster relief in the wake of the Sept 11, 2001 attacks.

A graduate of Cornell University, Fils-Aimé began his career at Procter & Gamble, and later brought his innovative and creative problem-solving skills to the restaurant and beverage industries as senior director of marketing for Pizza Hut, senior vice president of marketing and new concept development at Panda Management Company, Inc., and head of marketing for Guinness Import Co. He also worked in private equity for a global durable goods initiative.

Since his retirement, Fils-Aimé is pursuing a number of opportunities dedicated to giving back and growing the next generation of business leaders. Named the inaugural ’Leader in Residence’ for Cornell University’s Dyson Undergraduate Business School, he mentors students on leadership and innovation, encouraging them to become "leaders across a range of as many different disciplines as possible." Fils-Aimé also serves on the board of directors of the New York Videogame Critics Circle, Spin Master Corporation, and Brunswick Corporation, and is a managing partner for Brentwood Growth Partners, a company he founded to help emerging companies scale and enable leaders to create world-class cultures. He is the author of Disrupting the Game: From the Bronx to the Top of Nintendo, offering leadership lessons-learned and inspiring stories from his unlikely rise to the top. 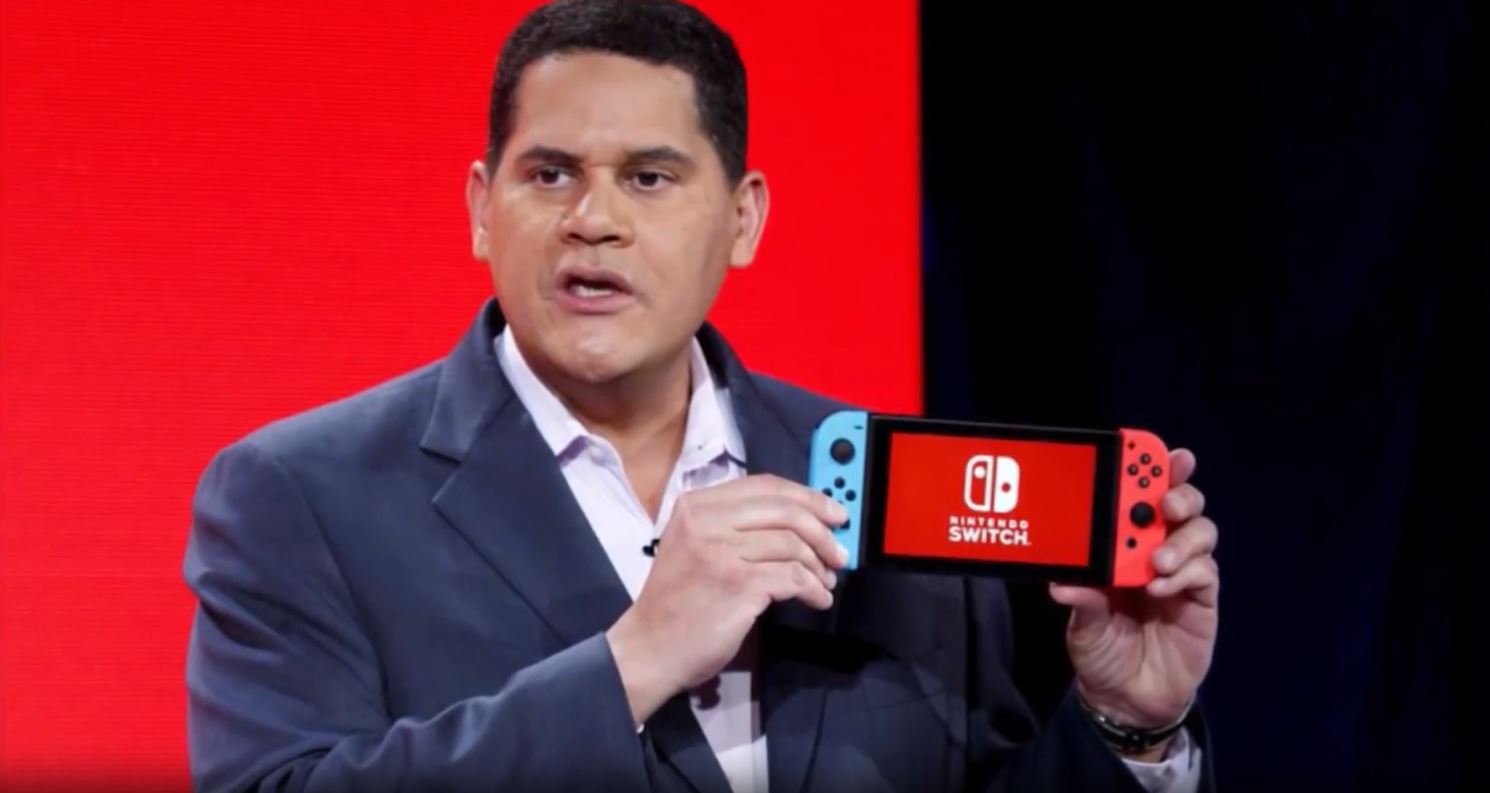 Reggie Fils-Aimé: The Innovator's Rulebook for Breaking the Rules

Reggie Fils-Aimé: The Innovator's Rulebook for Breaking the Rules

Nintendo of America President Reggie Fils-Aimé at the GeekWire Summit

Nintendo of America president on Switch

Disrupting the Game: Lessons for Creating the Ultimate Gameplan for Success. A boss-level video game and entertainment industry disruptor, Reggie Fils-Aimé traces back his roots to humble beginnings growing up in the Bronx all the way to becoming Nintendo of America’s first American and African American president and COO. He shares more about his journey in his book, Disrupting the Game: From the Bronx to the Top of Nintendo. In the book and in this talk, Fils-Aimé draws from his experiences revitalizing the Nintendo brand and instilling a culture of innovation throughout the company to provide actionable strategies for how organizations can leverage relentless curiosity and disruptive thinking to create vibrant and believable visions for their teams, open alternative paths to success, reach the top of their industries, and shatter the status quo.

Next Generation Leadership Principles for Disruptive Innovation. According to Reggie Fils-Aimé, “everyone has the capacity to be a leader. It takes practice. It takes skill development. But everyone has that opportunity.” In this talk, Fils-Aimé provides his personal key principles of leadership that he has developed – including intellectual curiosity, courage in decision-making, and “irrefutable integrity” – to thrive in an age of disruption. Relating these principles to his personal story and experience leading Nintendo of America and other fast-moving businesses, Fils-Aimé explains how audiences can apply these values not only to their own leadership practices, but also to grow the next generation of business leaders. An innovation advocate, he shares actionable transformation strategies to stay ahead of disruption, solve daunting business challenges, and even achieve ‘the impossible.’

The Innovator’s Rulebook for Breaking the Rules. Innovation doesn’t just happen. Organizations needs to build capability and capacity to innovate across the entire enterprise.  In this talk, Fils-Aimé shares seven principles he’s honed from his 35+ year career driving innovation across the packaged-good, restaurant, and media/entertainment industries. Audiences will get actionable advice for increasing their ability to innovate and learn how to leverage these principles across any industry.

The Next Level: How Playing Games Can Help You Succeed. Today, video games are the largest force in entertainment – bigger than movies, bigger than music, and bigger than television. But video games are more than just entertainment. Playing games can help you acquire and sharpen a wide range of skills and abilities that drive success in all areas of life, but especially in your job and career. Revered in the gaming industry by business leaders and fans alike, former president and chief operating officer for Nintendo of America Inc., Fils-Aimé, shares with audiences how to utilize gamification to achieve peak performance. Audiences will learn which games to play, the personal development areas to focus on, and actionable strategies to take themselves to the next level.

Life as the Regginator. Fils-Aimé is an award-winning executive that has spawned record-breaking business results and internet-shattering memes. He has been featured in the New York Times and included in a Washington Post story about the U.S. contributions of Haitian-Americans. He has played video games with Jimmy Fallon and has been called “Mr. President” by Gayle King. But it wasn’t always this way. Fils-Aimé credits his accomplishments to five life principles that shape his ongoing approach. In this inspirational talk, Fils-Aimé shares his life principles and grounds them in examples from his life … both success and failures. Audiences will be moved by his journey and challenged to create their own principles to guide theirs.

Achieve Greatness Together: The Value of Collaboration. As business and politics become more divisive, it is important for leaders to again value collaboration. Throughout his 35+ year career, Fils-Aimé has been able to unify organizations for greater success – whether working to cross bridges with Japan, driving alignment with franchisees, or working with external intellectual property owners. He has mastered the ability to balance opinions in order to move organizations forward – and in this talk, shares this skill with audiences. Using actionable collaboration strategies and examples from his legendary career, Fils-Aimé demonstrates the importance of having courage to both break from the pack, but also to bring the pack together when necessary.

How to Change the Game and Win. Reggie Fils-Aimé’s storied 35-year career driving innovation across the packaged-good, restaurant, and media/entertainment industries has left a legacy of turnaround success – transforming companies, re-vitalizing brands, and even reshaping industries. At VH1, he engineered the channel’s redirection to young viewers, resulting in an overall 30 percent ratings growth. At Nintendo of America, he turned around an iconic brand leading to record-breaking sales for the Nintendo DS, Wii, and Nintendo Switch systems. He also revamped Nintendo’s messaging and brand positioning, while maintaining its brand identity. In this presentation, Fils-Aimé discusses lessons-learned from his stories of revitalization, sharing with audiences proven principles for helping organizations find their footing and creating effective change for business success.

The 50 Most Daring Entrepreneurs in 2018

We very much enjoyed having Reggie Fils-Aime speak to our clients. Reggie was prepared and very personable making the discussion engaging for our audience. Reggie was able to pivot and speak to current topics as they related to innovation which was also great for our moderated Q+A with attendees 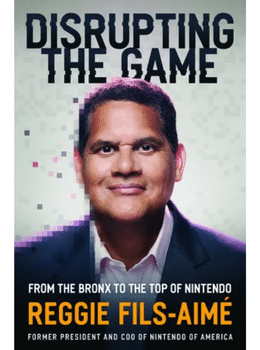 Disrupting the Game: From the Bronx to the Top of Nintendo Hardcover 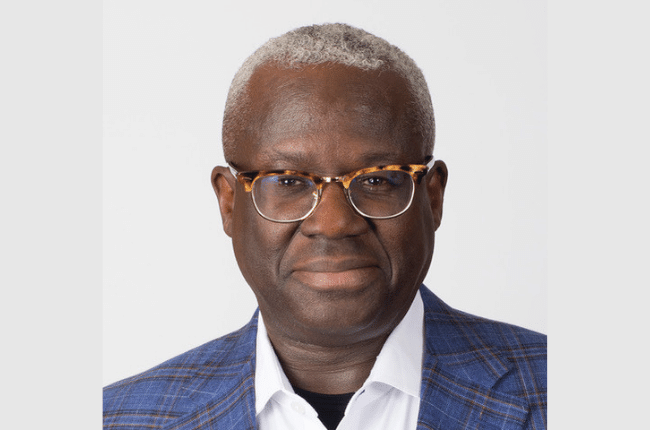 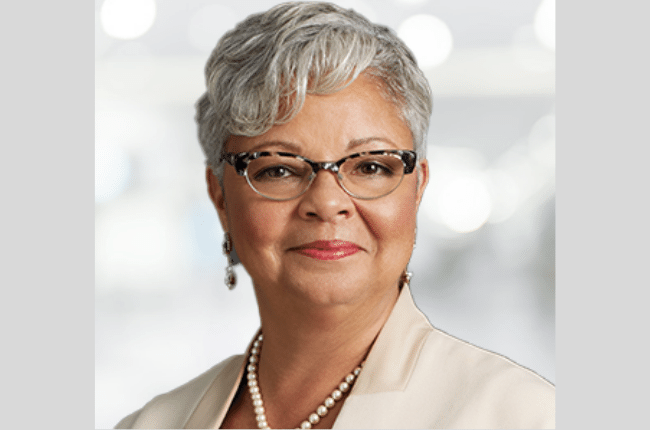