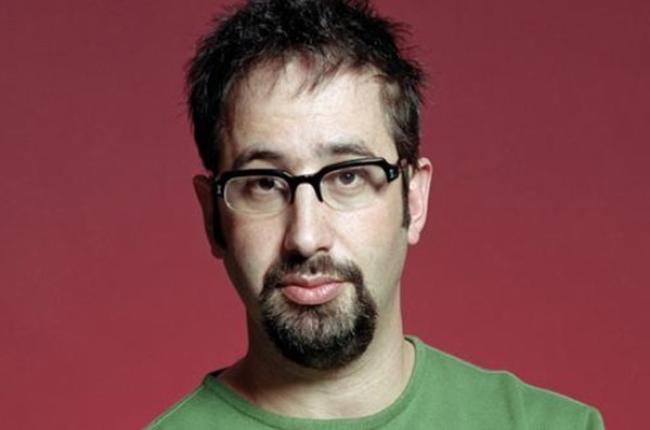 David Baddiel's first stand-up show in 15 years, Fame: Not The Musical, is currently touring, following a critically-acclaimed run at the Edinburgh Festival. The show acts as a complete deconstruction of his own fame and our culture’s obsession with fame in general.

David's 2012 novel, The Death of Eli Gold, followed his three critically acclaimed previous titles: Time For Bed, Whatever Love Means, and The Secret Purposes. David also wrote the successful feel-good comedy, The Infidel. Starring Omid Djalili, Richard Schiff, Matt Lucas, and Miranda Hart, The Infidel follows Mahmud Nasir, loving husband, doting father, and something of a "relaxed" Muslim who's world is turned upside down when his birth certificate reveals that not only was he adopted at birth…but he’s Jewish, and his real name is Solly Shimshillewitz. The film received a glut of four star reviews and was hailed as "the Summer’s funniest film" by Andrew O’Hagan of The Evening Standard. This year sees David's new TV series, sit.com, hit the small screen. Sit.com is a traditional family sitcom, but with a twist: it will show the way we live now with so much technology infiltrating the family home. David has also directed the pilot.

In 2010, David reunited with Frank Skinner to record a brand new series of podcasts for Absolute Radio throughout the FIFA World Cup, four years after they launched the World Cup’s first ever podcasts which were downloaded by over 1 million listeners and nominated for a Sony Radio Academy Award. Together with Frank, David created and presented Fantasy Football on BBC Two and ITV 1 and Baddiel & Skinner Unplanned on ITV 1 while also, alongside the Lightning Seeds, attaining three number one hits with the football anthem, Three Lions. In addition, he wrote and starred in his own sitcom, Baddiel's Syndrome on Sky One.

David has also hosted two series of his topical Radio 4 show, Heresy, which saw a team of three highly opinionated guests use their wit, wisdom, and verbal dexterity to argue against popular prejudice and overthrow received opinion; in November 2007, he screened his documentary, Baddiel and the Missing Millions, on BBC One.

David is one of the country’s most successful post-alternative comedians and is responsible for some of the most memorable and groundbreaking comedy achievements of the last twenty years. In 1992, he performed to 12,500 people with Rob Newman in the UK’s first ever arena comedy show and was credited as turning comedy into "The New Rock’n’Roll" long before arena comedy gigs became commonplace. This followed the hit TV shows The Mary Whitehouse Experience and Newman and Baddiel in Pieces.