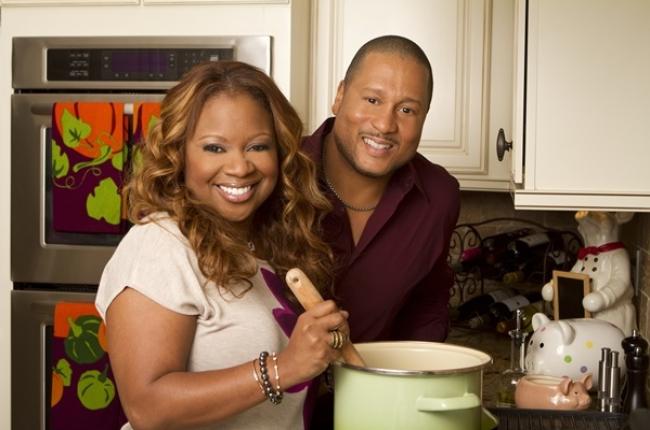 As co-owners of Neely’s Bar-B-Que, Pat and Gina Neely have turned their family restaurant into one of the most successful barbecue restaurants in the South with locations in Memphis and Nashville. Now they share the secrets behind their favorite dishes and their passion for food, family and fun on Food Network’s Down Home with the Neely’s. After its February 2008 premiere, Down Home with the Neely’s became the highest-rated series debut in the five-year history of Food Network’s “In the Kitchen” weekend block and continues to be a top ratings performer. Filmed in their Memphis home surrounded by family and friends, the show airs daily throughout the week on Food Network. In May 2009, the Neely’s released their first cookbook, Down Home with the Neely’s (Knopf, 2009), which quickly earned a place on the New York Times best-seller list. The summer of 2011 brought the opening of their first New York City restaurant, Neely’s Barbecue Parlor. They will start a multi-city book tour featuring their second cookbook The Neely’s Celebration Cookbook on November 1, 2011.

In 2010, Pat and Gina entered into a multi-year agreement with Kraft Foods North America to endorse Kraft’s wide range of food and beverage products. The first campaign launched in the Fall with its largest branded initiative to fight hunger in America. Huddle to Fight Hunger is an integrated campaign designed to give 20 million meals or more to Feeding America, the nation’s leading hunger relief organization. The program combined three things Americans are passionate about-football, food and helping others. To reach the end zone, Kraft Foods partnered with Pat and Gina to champion the cause.

The Neely’s have also appeared on national tv and radio shows such as Live with Regis and Kelly, Good Morning America, The Rachael Ray Show, The Wendy Williams Show, The Monique Show, The Today Show, The View, The Talk, an episode of Tyler Perry’s Meet the Browns, QVC, The Tom Joyner Morning Show along with live cooking demos nationally. In print, the Neely’s have been featured in The Wall Street Journal, People magazine, USA Today, Food Network magazine and Sam’s Club magazines, among many others. In 2009, the Neely’s launched their first book tour with the cookbook Down Home with the Neely’s.

Along with many other accomplishments, in 2007, Patrick was named Restaurateur of the Year by the Memphis Restaurant Association. They both participate on several boards and committees. They are also a member of The Dreamers Club for the National Civil Rights Museum.

They have been married over 16 years and have learned to balance their roles in the family, in their community, as well as in business. They reside in Memphis, TN with their two daughters.

In association with The Artists Agency