It’s no secret that 2020 has shed light on the consistent racial injustices against African Americans that are still prevalent in today’s society. As the world becomes more aware of the systematic oppression that lingers in our everyday lives, it’s important to understand the vital role that the African American community plays in our nation and that Black Lives Matter (BLM).

From Black inventors (like the inventor of the traffic light, ironing board, and microphone), to social activists who fought for civil rights of Black and Brown people in America; Black people have always been an essential part of the economic and social shaping of our country.

We are extremely proud to represent some of the world’s most inspiring, motivating, resilient, and influential Black speakers on the circuit. They come from all backgrounds, including roles as singers, COOs, CEOs, surgeons, TV personalities, actresses, and more. Their unique perspectives and impactful stories are world-renowned for igniting change, disruption, diversity, and inclusion in well-known organizations and companies.

Check out some of our African American speakers below:

Sekou Andrews is the Founder/CEO of SekouWorld, Inc., innovator of “Poetic Voice,” and one of the most successful spoken word poets in the world. On any given day, this schoolteacher turned artist and entrepreneur, who built a 7-figure company on poetry, can be found keynoting at a Fortune 500 company, inspiring thousands at a concert, or performing for Barack Obama in Oprah’s backyard. Click here to read about Sekou Andrews.

Shellye Archambeau spent 15 years at IBM and became the first African-American woman sent on international assignment by the company. She was named the #2 Most Influential African-American in Technology" by Business Insider and grew MetricStream from a newly-formed company into a market leader with 1,500 employees globally. Click here to read more about Shellye Archambeau.

Chief Carmen Best is the first African American woman to hold the top policing job in Seattle, Washington. In 2019, she received the "Vision from the Mountaintop” award from Urban Impact for her commitment to justice and community. During her time at the Seattle Police Department, she fostered record-breaking women and diversity hiring and recruitment. Click here to read about Carmen Best.

Jonathan Capehart is a journalist and television personality who has worked as a policy advisor to Michael Bloomberg’s campaign, a national affairs columnist, and was a member of the Daily News editorial board which won the 1999 Pulitzer Prize for Editorial Writing. He currently writes for The Washington Post’s PostPartisan blog and is a contributor for MSNBC. Read more about Jonathan Capehart.

An award-winning innovator and disruptor, Reggie Fils-Aimé is a proven expert on transforming companies, re-vitalizing brands, and reshaping industries to solve daunting challenges and achieve ‘the impossible.’ Most recently, he was the president and chief operating officer of Nintendo of America – the first American and African-American to hold this position. Learn more about Reggie Fils Aime.

Anthony Foxx is the Chief Policy Officer at Lyft who formerly served as the 17th United States Secretary of Transportation and as mayor of Charlotte, North Carolina. As Secretary of Transportation, he led an agency with more than 55,000 employees and a budget of $70 billion. A digital cities innovator known as "the Great Connector" for his work in government, he discusses the American transportation system, digital cities, innovation, and coalition building. Learn more about Anthony Foxx.

Amy Holmes is a familiar face with an unconventional voice in political news. As an on-air political analyst, Amy dissects and debates the issues of the day, appearing regularly on CNN, MSNBC, Fox News and PBS. She is the host of the PBS weekly program "In Principle," and the former host of the daily MSNBC morning show Way Too Early. In addition to working with TheBlaze and MSNBC, she co-hosted the Washington Times and Talk Radio Network's America’s Morning News, a nationally-syndicated morning radio show heard coast-to-coast by over 1.5 million listeners daily. Find out more about Amy Holmes.

Ambassador Ron Kirk is the former United States trade representative (USTR) who was a pivotal member of the president’s economics team. With nearly 20 years in politics, he has been a Dallas mayor, U.S. Senate candidate, a lawyer with international reach. Boisterous and entertaining, Kirk analyzes the current political environment and offers audiences a glimpse behind the curtain in Washington and into what the president is really thinking. He also addresses trade, jobs, the economy, and doing business in China. Learn about Ron Kirk.

Dr. Hakeem Oluseyi has three degrees, 8 U.S. patents, four E.U. patents and has hosted shows on the Science Channel and on Discovery. But more impressive is his life story. Oluseyi grew up in the roughest neighborhoods of America, learned to survive on the street, and still taught himself Einstein’s theory of relativity from an old set of encyclopedias. At every turn he was presented with a compelling option to quit and yet he persevered. Today, he is a world-renowned astrophysicist (most recently working at NASA), a global educator, and the author of a highly-anticipated upcoming memoir The Stars in My Soul: My Unlikely Journey through Space and Time where he recounts his journey from the streets to the stars. Find out more about Hakeem Oluseyi.

A trailblazer in female leadership, Lieutenant General (ret) Nadja West is the 44th Army Surgeon General and the former Commanding General of US Army Medical Command. She is the first African American woman 3-star General in the Army’s history, and currently the highest-ranking woman to ever graduate from West Point. Read more about Nadja West.

Veteran political strategist Donna Brazile is the former interim Chair of the Democratic National Committee (DNC), the author of the New York Times bestseller Hacks: The Inside Story of the Break-Ins and Breakdowns That Put Donald Trump in the White House and the 2004 best-selling memoir Cooking with Grease: Stirring the Pots in American Politics. She is a co-author of For Colored Girls Who Have Considered Politics, which won the 2019 NAACP Image Award for Outstanding Literary Work, Nonfiction. Read about Donna Brazile.

Tricia Clarke-Stone has created over 100 digital, social, experiential and immersive campaigns for blue chip brands and startups like Under Armour, JCPenney, Samsung, Toyota, P&G, and Universal Pictures. She is the cofounder and former CEO of WP Narrative, an award-winning creative and tech agency and has been featured in the New York Times, Fast Company, Elle, USA Today, Marie Claire, Forbes, and Fortune. Read more about Tricia Clarke-Stone.

Carla Harris is Vice Chairman, Global Wealth Management and Senior Client Advisor at Morgan Stanley and a leading keynote speaker on motivation, success, and exceeding expectations. In her current role at Morgan Stanley, she is responsible for increasing client connectivity and penetration to enhance revenue generation across the firm. She has extensive industry experiences in the technology, media, retail, telecommunications, transportation, industrial, and healthcare sectors. Find out more about Carla Harris.

Jessica O. Matthews is the Founder & CEO of Uncharted Power, an award-winning, full-service power and data infrastructure company. The Company's proprietary suite of technologies enables it to build, own and operate decentralized power infrastructure for communities with various applications for edge colocation, power, and sensing. Developing technologies in energy generation, transmission and storage, the Company also has mastered harnessing kinetic energy, enabling it to engineer consumer products for Fortune 500 companies in the U.S. and various international governments. The Company was founded by Jessica when she was only 22 years old Learn more about Jessica O Matthews.

Over the past 30 years, Linda Johnson Rice has served on 10 corporate board and has been featured in Chicago Sun-Times' list of Chicago’s 100 Most Powerful Women and the Top 10 Women in Media. She shares invaluable lessons, she’s gained by building a world-renowned business brand, as well as her view of how far we’ve come as a nation and where we go from here. Learn more about Linda Johnson Rice here.

Bakari Sellers made history in 2006 when, at just 22 years old, he defeated a 26-year incumbent State Representative to become the youngest member of the South Carolina state legislature and the youngest African American elected official in the nation. In 2014, Sellers won the Democratic nomination for Lt. Governor and is widely considered to be a rising star within the Democratic Party and leading voice for his generation. Read more about Bakari Sellers.

Lauren Simmons shares her story of becoming the youngest and second-ever African American woman equity trader at the NYSE at just 22 years old. She was named to Harper’s Bazaar’s “Woman Who Dare” 2019 list and is the host of “Going Public” – a new financial TV series on Entrepreneur.com. Read more about Lauren Simmons.

At Leading Authorities, we are proud of our speakers and the work they are doing to combat systematic racism and oppression through Black Lives Matter. For additional information on how to get involved with the movement to fight for liberation and justice for all, please click one the links below:

END_OF_DOCUMENT_TOKEN_TO_BE_REPLACED 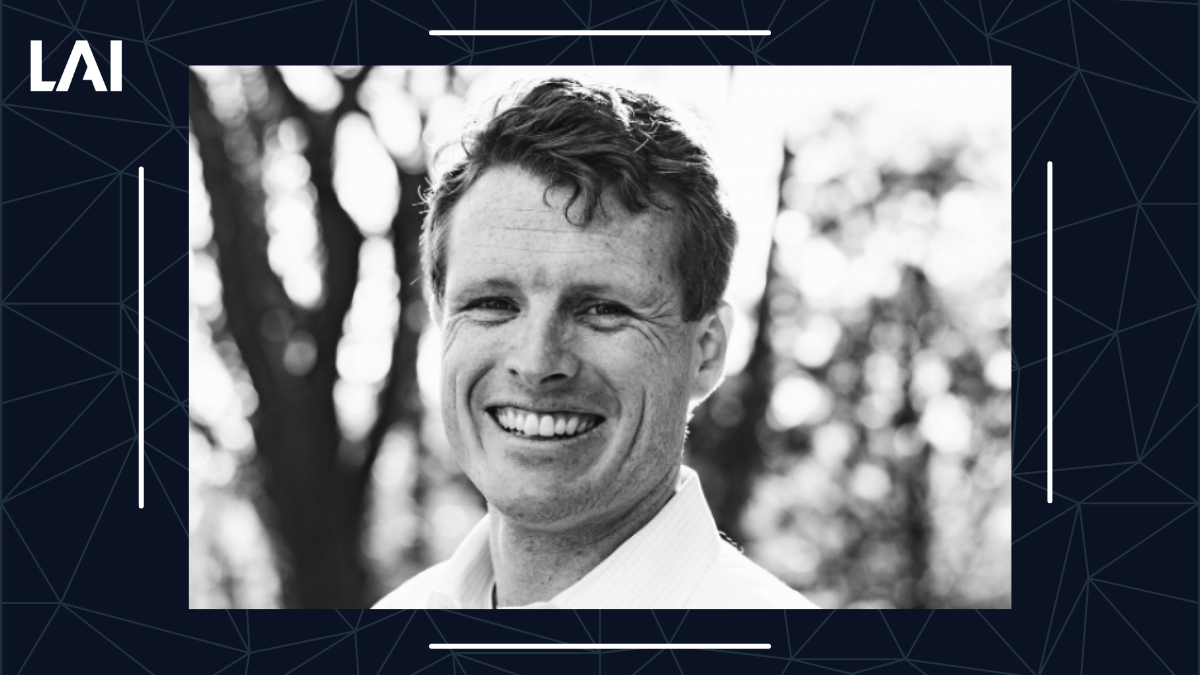 How to Begin Planning Your Keynote Event