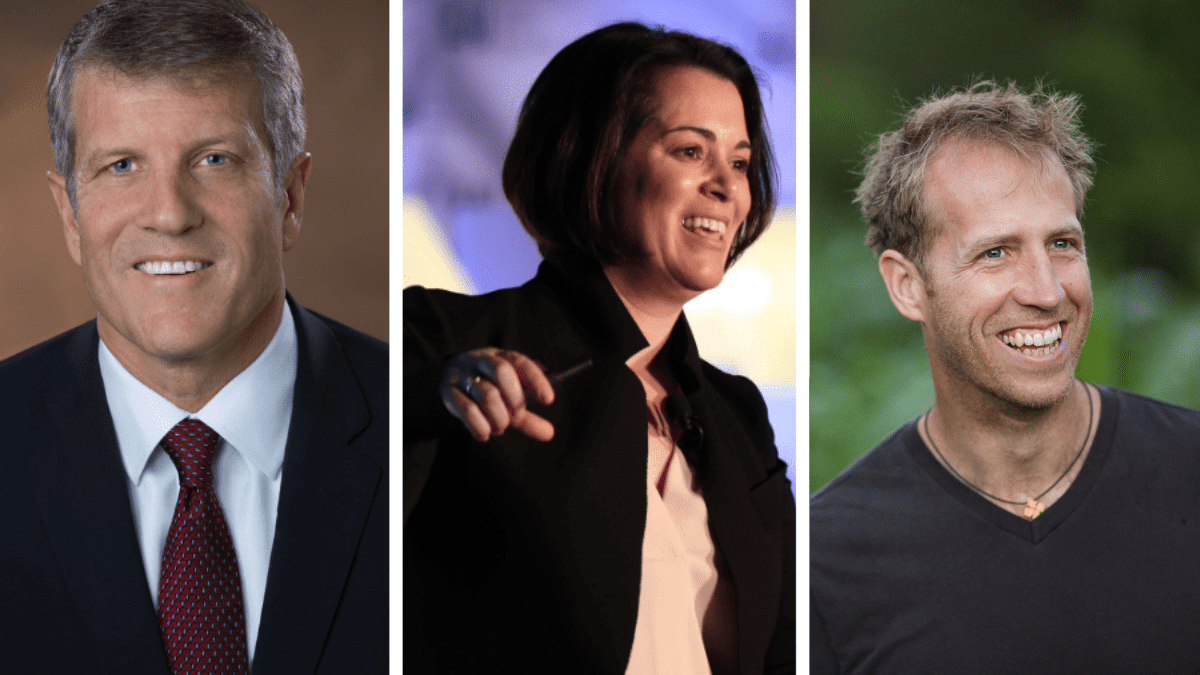 Thriving under pressure. Coming together in make-or-break moments. Moving on after failure and celebrating hard-fought wins.

So many of the lessons we hear from military greats apply beyond the battlefield. If you are interested in bringing heart-pounding stories of teamwork, determination, and leadership to life at your next event, consider booking one of these legendary military speakers.

Learn more about each of these speakers below:

Having served 30 years as a SEAL leader, retired Rear Admiral Scott Moore is a master in organizational leadership and team building. He served in every leadership position in the SEAL teams, including the former commander of the Naval Special Warfare Development Group, and closed out his career as the number two leader in the entire SEAL organization. Rear Admiral Scott Moore offers audiences a once in a lifetime glimpse into the mind of the man whose uncanny operational skill and invaluable leadership experience make him one of the few who knows what it takes to both create and lead the world’s most high-performing teams.

Former Marine and founder of Nuru International, who talks about empowering teams to develop their own solutions

Jake Harriman is the founder and CEO of Nuru International, a U.S.-based social venture that empowers individuals living in remote and rural areas to combat extreme poverty in their communities. Jake was inspired to found Nuru after being faced with the effects of extreme poverty in war-torn regions of the world during four tours of duty in the Middle East, Africa, and Asia. He shares stories that are equal parts heart-breaking, gripping, and hilarious to illustrate the importance of strong leadership in war and business.

Former Navy SEAL and the first openly transgender Navy SEAL, who shares inspiring lessons for forming camaraderie despite our differences

Kristin Beck is a retired United States Navy SEAL, who served for more than 20 years in the Special Operations Forces, as well as a civil rights advocate. Over the course of 13 deployments and seven combat deployments, she conducted special operations with small UAVs, HUMINT, and Direct Action missions. For decades, Kristin Beck hid her true self from her brothers in arms, family, and friends. Now, as the nation’s first openly transgender Navy SEAL, Kristin reflects on her years of honorable service and her many accolades, as well as her life beyond the Navy, including her journey to human rights activist.

Retired Marine and Co-Founder of Team Rubicon, who talks about working together in the face of enormous obstacles

William McNulty is the co-founder Team Rubicon and the founder of Team Rubicon Global an NGO that deploys teams of military veterans in response to natural disasters. Under McNulty’s leadership, Team Rubicon has grown from a group of four operators who traveled to Haiti in the wake of the devastating 2010 earthquake to a volunteer army of over 60,000 members. McNulty explains how “embracing the suck” has served as a guiding principle since his Marine days, leading to the launch of Team Rubicon, and why outlook is everything.

As the first female F-14 Tomcat Fighter Pilot in the US Navy, having flown missions worldwide as a combat-mission-ready United States Navy pilot, Carey Lohrenz is used to working in fast moving, dynamic environments, where inconsistent execution can generate catastrophic results. Carey is now a leadership expert and keynote speaker who inspires audiences around the world to lead with courage and be fearless! Her powerful messages of leadership, tenacity, commitment to excellence, and resilience will challenge, inform, and inspire you and your team to achieve peak performance. In her inspirational keynotes and motivational programs, Carey shares the fundamentals that helped her win in the cockpit at Mach 2, and can help your team win in business. The same challenges are found in business: Markets change, customer needs evolve, emerging technologies disrupt your industry, and if you do not adapt quickly your company is at risk. In her motivating and engaging keynote presentations, she shares her fascinating experiences operating in one of the world’s most challenging environments: An aircraft carrier. She is uniquely qualified in the fundamentals of winning under pressure, reducing errors, and overcoming obstacles. Her mastery of these fundamentals can help your team triumph in this high-risk, time crunched world. Her timely message about high-performing teams and developing a culture of learning is based on the best-practices of high reliability organizations.

Army Major Lisa Jaster is a soldier, an engineer, a wife and mother, and a trailblazer. One of only three women to graduate from the first integrated United States Army Ranger program—one of the most difficult combat training courses in the world—Lisa was the first female Army Reserve officer to become a Ranger. Jaster explains why she felt it was so important to attend Ranger School, how she stayed motivated during those dark moments, and why “Once you think about quitting, you let the quit in you.”

Retired Marine Sergeant and Paralymic Bronze Medalist, who shares his strategies for staying motivated and pushing past fear

Retired Marine Sergeant and Paralympic Bronze Medalist, Rob Jones’ life is synonymous with fearless perseverance. A former Lance Corporal in the Marines, Rob served two tours in Iraq and Afghanistan between 2008 and 2010. In 2010, he was struck and injured by a land mine, resulting in a double above-the-knee leg amputation. Since being discharged honorably from the Marines, Rob Jones has continued to motivate himself to achieve new heights. He shares his story of perseverance and the tricks he uses to stay inspired and keep reaching—including his belief that the best way to improve yourself is by willingly taking on new struggles.

A 21-year veteran of the United States Air Force, Colonel Nicole Malachowski (USAF, Ret.) wanted to fly military jets from the moment she saw them at her first air show when she was five years old. She achieved that goal—and then some. A former fighter squadron commander and mission-ready pilot in three operational fighter squadrons and the first woman to fly on the Air Force Thunderbirds, Nicole has the perfect message to inspire audiences to think differently about the headwinds of change they face—organizationally and personally.

Former Commander of US and International Forces in Afghanistan whose new book Leaders: Myth and Reality is out this fall

A one-of-a-kind commander with a remarkable record of achievement, General Stanley McChrystal is widely praised for creating a revolution in warfare that fused intelligence and operations. A four-star general, he is the former commander of US and international forces in Afghanistan and the former leader of Joint Special Operations Command (JSOC), which oversees the military’s most sensitive forces. General Stan McChrystal shares lessons based on leading and innovating one of the world’s largest organizations. Modern warfare and business demand the same no-nonsense leadership that drives change and implements it across large organizations.

General John Allen is one of the nation’s most legendary military leaders and most respected thought leaders on US-global engagement and leadership of large, complex organizations. When President Barack Obama created the appointment of special envoy for the Global Coalition to Counter ISIL, General Allen was the first American tapped to confront the Islamic State terror group. Through eye-opening and at times emotional anecdotes about bearing the brunt of battlefield challenges alongside the people you lead, leading with both “heart and fist,” and why he believes we’re living amongst a new “greatest generation, “Allen inspires audiences to build more cohesive and adaptable organizations.

Jeff Eggers is a senior policy advisor, security professional, executive coach, and leadership consultant with more than 20 years experience leading high-performing teams for the White House, Department of Defense, and US Navy. A trusted advisor to senior US government officials, Eggers served as President Obama’s Special Assistant for National Security Affairs, where he oversaw critical and sensitive aspects of US foreign and national security policy. Jeff presents a road map for leadership in an unpredictable world and leaves audiences with a better understanding of where they are today and where they need to go to get ahead.

BRING A MILITARY LEADER TO YOUR EVENT

To learn more about any of these speakers, or to check their availability and fees for an upcoming event or meeting, contact our team today.

You can also fill out the form below, email us, call 1-800-SPEAKER, or live chat with a member of our team right now