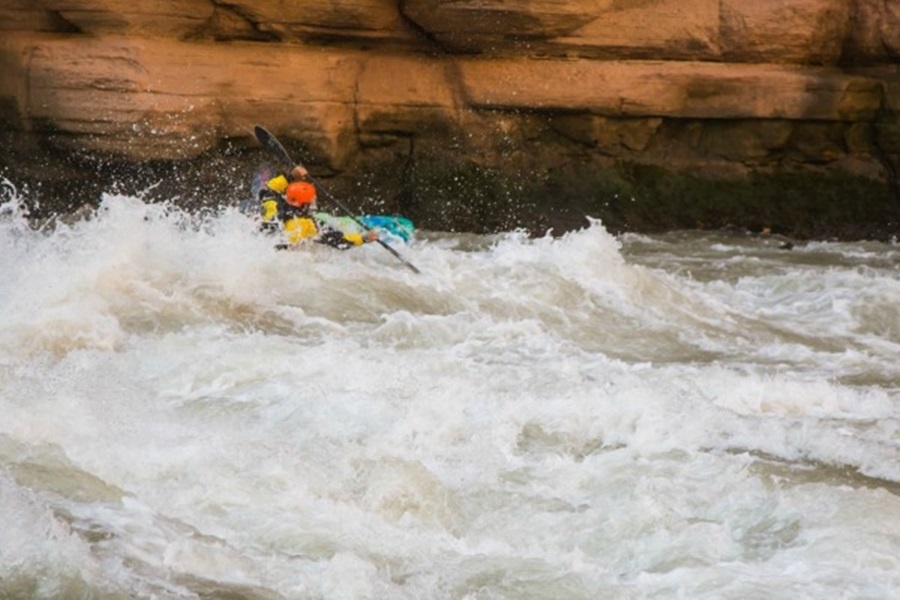 What do you do after you've conquered Mount Everest -- becoming the first blind person to do so -- climbed the Seven Summits, and raced across the Moroccan desert? If you're Erik Weihenmayer, world-class adventurer, you kayak the Grand Canyon.

Erik, who lost his vision when he was 13 years old, successfully completed what was possibly his most demanding challenge yet: Over the span of 21 days, Erik kayaked the length of the Grand Canyon, traveling 277 miles through the Colorado River's waves, waterfalls, whirlpools, and insane rapids.

This 21-day adventure will push Erik physically and mentally, and will give us a platform to share the No Barriers Mindset that Erik so often promotes. In that spirit, he has teamed up with another blind kayaker, Lonnie Bedwell, a Navy veteran, to showcase our motto that's “what’s inside of you is stronger than what’s in your way.”

Throughout it all, Erik and his team were providing updates via social media, with the help of Nature Valley. Take this post from Day 16 as just one example:

We heard from the team this morning via text. They camped out below Lava Falls, relieved to have this section of the river behind them. The resting spot is called Tequila Beach. Go figure. Lava presented the team with some unexpected drama that can only be described as chaotic success. Michael Brown, our film director, has assured us of some good entertainment as he works to tell this story on film.

Erik Weihenmayer's journey coincided with the release of a new ad campaign from Nature Valley, a General Mills snack brand that specializes in granola bars. The television commercial, "Feel Nature's Energy," premiered during the Emmy Awards.

Additionally, Erik was the subject of a must-read feature in Men's Journal, where Chris Norris chronicled Erik's journey in life, past adventures, and training for his Grand Canyon trip.

Erik’s powerful message speaks to harnessing the power of adversity and using it as fuel for greatness. Citing stories from his thrilling journeys, Erik’s presentations embrace a passion for discovery and innovation. He believes in being a pioneer, of making the impossible possible, and opening up a new world of opportunity for yourself, your organization, and your team.

"I didn't even know he was kayaking," said former Olympic kayak coach Chris Wiegand. "I just saw an article about him, saw him speak, and was like, 'This guy is incredible.'"

Visit Erik's speaker page to learn more, check availability, and book him for your event.