Erik Weihenmayer: Adversity Is The Pathway 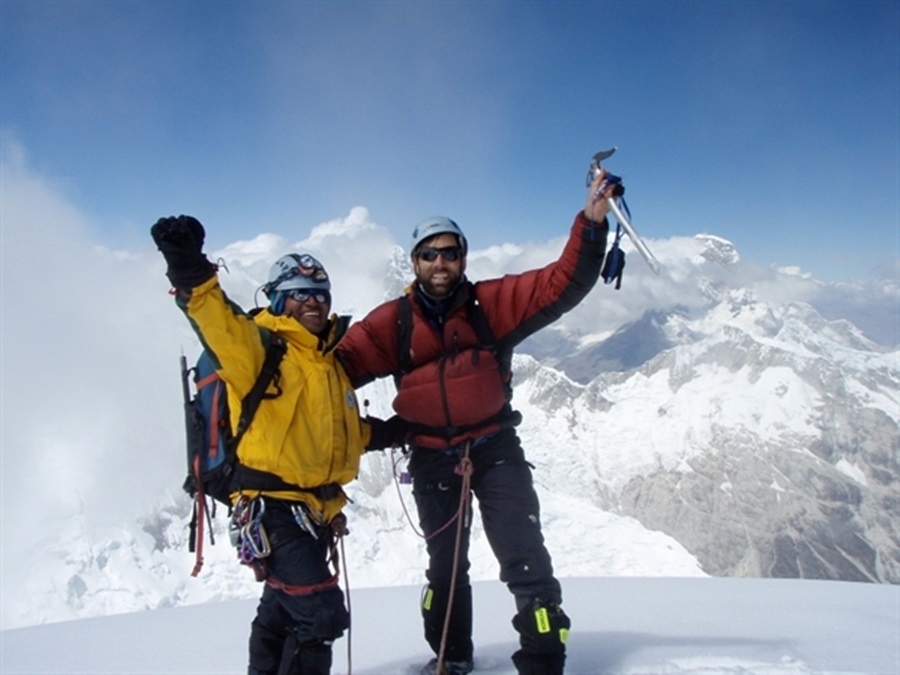 Between eighth and ninth grade, I began losing the last traces of my sight. I could no longer see enough to walk around by myself, so my brothers and parents had to lead me. I’d reach out for the sleeves of their shirts with the terror of a small child being left behind in a department store. I hated what was happening because it represented utter helplessness. Everything I knew was ending. The loss was like a storm descending upon me with such force, such viciousness, that I thought I’d be crushed by it.

Late that fall, I was watching a TV show called That’s Incredible. I could still see a little out of one eye and had to crane forward just a few inches away from the set. Being featured that night was an athlete named Terry Fox. Terry had lost a leg to cancer and, not yet discharged from the hospital, made the decision to run across Canada from east to west. Most would have retreated from such hardship and merely focused on survival, but Terry did the complete opposite. He faced the storm of adversity head-on and literally ran into its very midst. With my nose pressed up against the screen and with tears pouring down my face, I watched Terry run. The miles took a tremendous toll on his amputated leg and its primitive prosthetic. He hobbled along mile after mile, fighting the pain of blisters and raw skin.

What struck me the most was the look on Terry’s face. It was a look of extreme contradiction: Full of exhaustion yet radiant with exultation. In his thin face was the trace flicker of an intense internal light that burned power into his struggling frame. That light seemed to actually feed on frustration, setbacks, and failures, to consume them like fuel. The bigger the challenge, the brighter that light burned. I hoped that light burned in me, and that I could use it to become more focused, more determined, more creative. Could I use that light to transcend my own limitations to give my life purpose? The image filled my sagging spirit and gave me a feeling of utter courage. It was while staring into Terry’s face with my one working eye that I first wondered how we could turn into the many storms which threaten us and emerge on the other side, not just unscathed, or damaged as little as possible, but actually stronger and better.

Since seeing Terry on TV, I’ve met many others like him. I call people like Terry alchemists. They take the lead that life continually piles on top of them and find a way to turn it into gold. An alchemist doesn’t avoid adversity. They don’t just deal well with it, or “overcome it,” as we hear so often in popular culture. They take it many steps further, finding a way to seize hold of that storm of adversity which swirls around us, to harness its energy, and use its force to propel themselves to places they wouldn’t have gone to in any other way. An alchemist can be plunged into a fierce competitive environment; their resources can be stripped away; roadblocks can be thrown in front of them, and they will still find a way to win, not despite adversity, but because of it. These people approach difficulties, not as a deterrent, but as a springboard to growth, innovation, stronger teams, and higher summits. While other teams and companies are digging in and trying to hold their ground, this is the most critical time to reach beyond. Imagine what you and your team will achieve when obstacles are no longer the enemy, but the pathway to greatness.

Erik Weihenmayer is best known as the blind guy who climbed Everest. At age 33, he became one of only 100 mountaineers to have climbed all Seven Summits, the highest peak on each of the seven continents. He has also competed in the Primal Quest, billed as the most brutal adventure race in the world—10 days, 457 miles, 60,000 feet of elevation gain, and no time outs. His four-person team was one of the 42 of the 80 elite teams from 17 countries to complete the course within the prescribed time. His first book, Touch the Top of the World, was honored to participate in the National Book Festival organized by the First Lady. His second book, The Adversity Advantage, is about using adversity as the fuel to power your life and accomplish your dreams.

To check Erik's fees and availability for an upcoming speaking engagement or to book him to speak at your next event or meeting, please contact our team today! 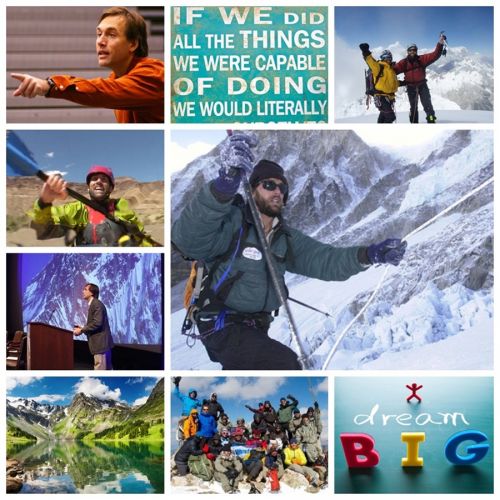