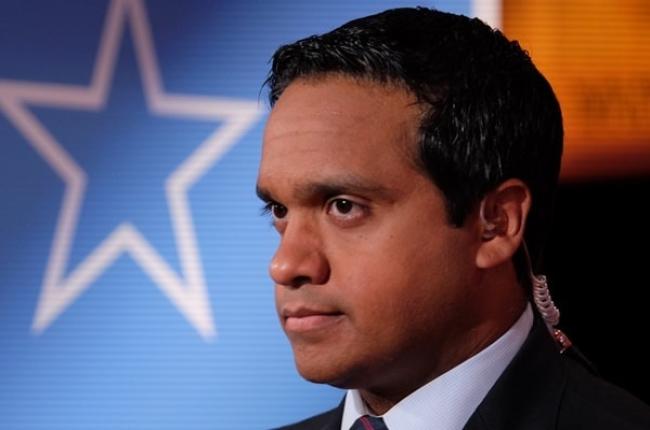 Manu Raju is a senior congressional correspondent at CNN, covering Capitol Hill and campaign politics. Raju is a veteran reporter in Washington, having previously served as a top Capitol Hill correspondent at Politico for seven years. Prior to his time at Politico, Raju reported for The Hill newspaper, Congressional Quarterly and Inside Washington Publishers. He has long been a frequent guest on political talk shows on TV and radio.

Raju spends most of his time in the halls of the Capitol, where he is interviewing lawmakers all day long about the major issues of the day. He has interviewed major political figures on national television, including House Speaker Paul Ryan, Senate Majority Leader Mitch McConnell, Senate Minority Leader Chuck Schumer and Sen. John McCain.

Raju has won multiple journalism awards for his reporting on the major battles consuming Washington and his coverage of campaign politics. In 2012, Raju was part of a team of four reporters who won the White House Correspondents Association's prestigious Merriman Smith award for presidential reporting under deadline pressure for their coverage of the debt ceiling crisis.

Raju has developed a reputation as a reporter who can find out what politicians are privately discussing out of the public's view. And he is well known for his sharp and skillful questioning of politicians, a skill he showcased in 2014 when he moderated debates in two of the biggest races in the country -- for a key Senate seat in Colorado and a hotly contested governor's race there as well.

Raju got his start in media working at the student newspaper The Badger Herald at the University of Wisconsin-Madison, his alma mater. And his writing roots extend to his late grandfather, Gopalakrishna Adiga, a legendary poet from South India who wrote in the language of Kannada.